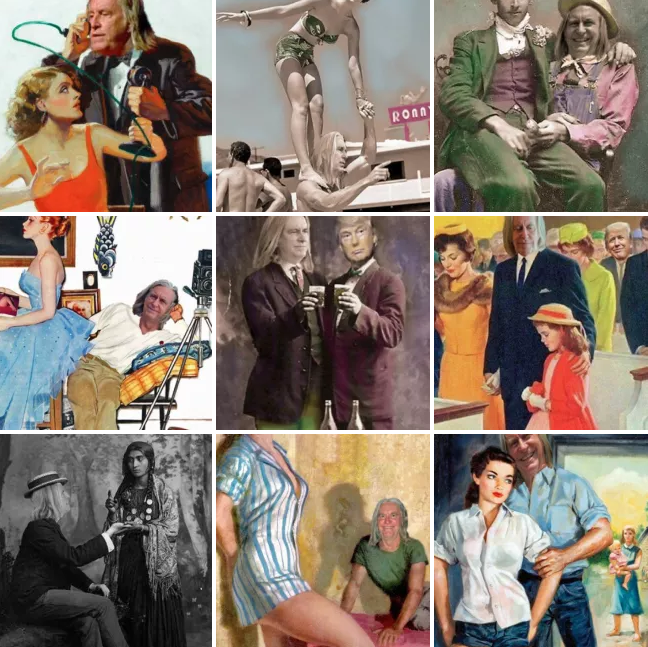 A bold, challenging proclamation if uttered by anyone else, other than Ronny Elliott. Often referred to as a cult artist, Ronny has many-a-story to back up his claim. The fact that he has played on bills with Van Morrison, The Allman Brothers, Wilco, Sly & The Family Stone, Michael Bloomfield, Canned Heat, Steve Miller

, NRBQ, Patti Smith, Pete Seeger, Steve Earle and many more adds to his credibility. Touring with Bo Diddley and Bill Haley and the Comets and backed Chuck Berry, The Coasters and Gene Vincent confirms that Ronny Elliott is the real thing. His stories are what legends are made of, from hanging with Elvis to keeping guard of Jimi Hendrix’s equipment. For the next edition of Life Elsewhere, Ronny Elliott joins Norman B to chat about Rock ’n’ Roll, the good, the bad and the ugly of the music biz and maintaining a cool sense of humor throughout the years, as witnessed in his self-composed promotional graphics shown above.