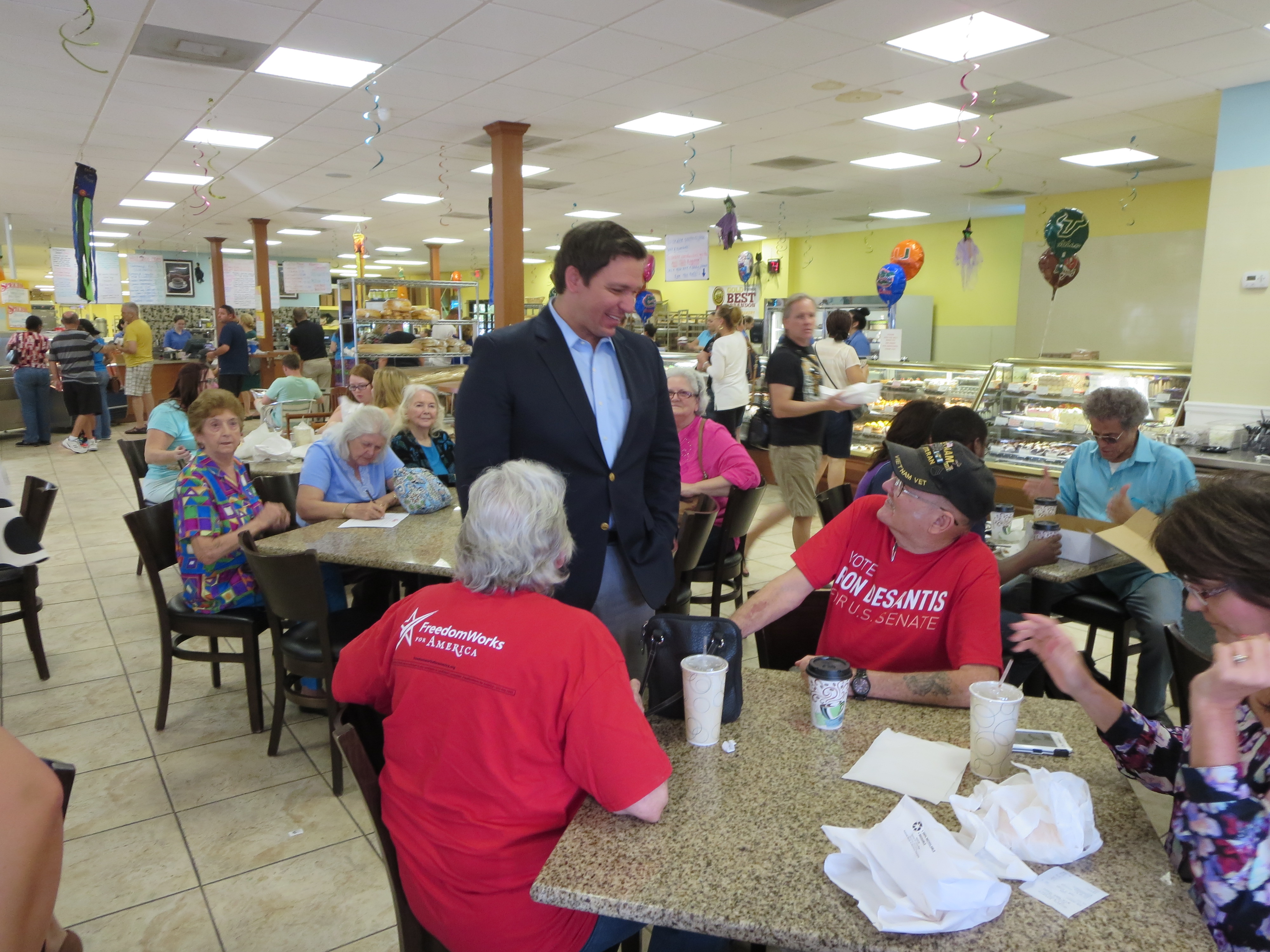 Tea Party endorsed and 2016 US senate candidate, Representative Ron DeSantis of Florida, showcases his political platform. Last Saturday afternoon at a Brandon bakery, DeSantis stumped for about 30 minutes to his his backers, tea party-aligned residents and customers. 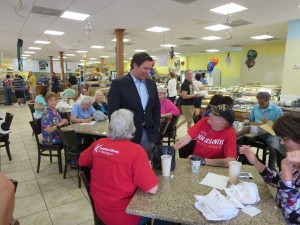 DeSantis talks straight about his disdain of inside the beltway politics and how he’ll fix it if elected senator.

The Tampa 9-12 project, a Tea Party-aligned group, organized the informal town hall meeting. Ron DeSantis is a two-term congressman who is making a bid to take Senator Marco Rubio’s seat. A military man, Ron DeSantis was deployed in both Iraq and Guantanamo Bay as a JAG officer in the Navy. In congress he in on the Foreign Affairs, Judiciary and Oversight and Government Reform Committees. He formula for change, starts with term limits for politicians because once they get there there is little incentive to legislate.

Economic growth is another talking point DeSantis is eager to discuss. Although he is the product of an Ivy league education, he doesn’t think everyone needs a 4 year degree. DeSantis said he wants to dismantle a corrupt educational system.