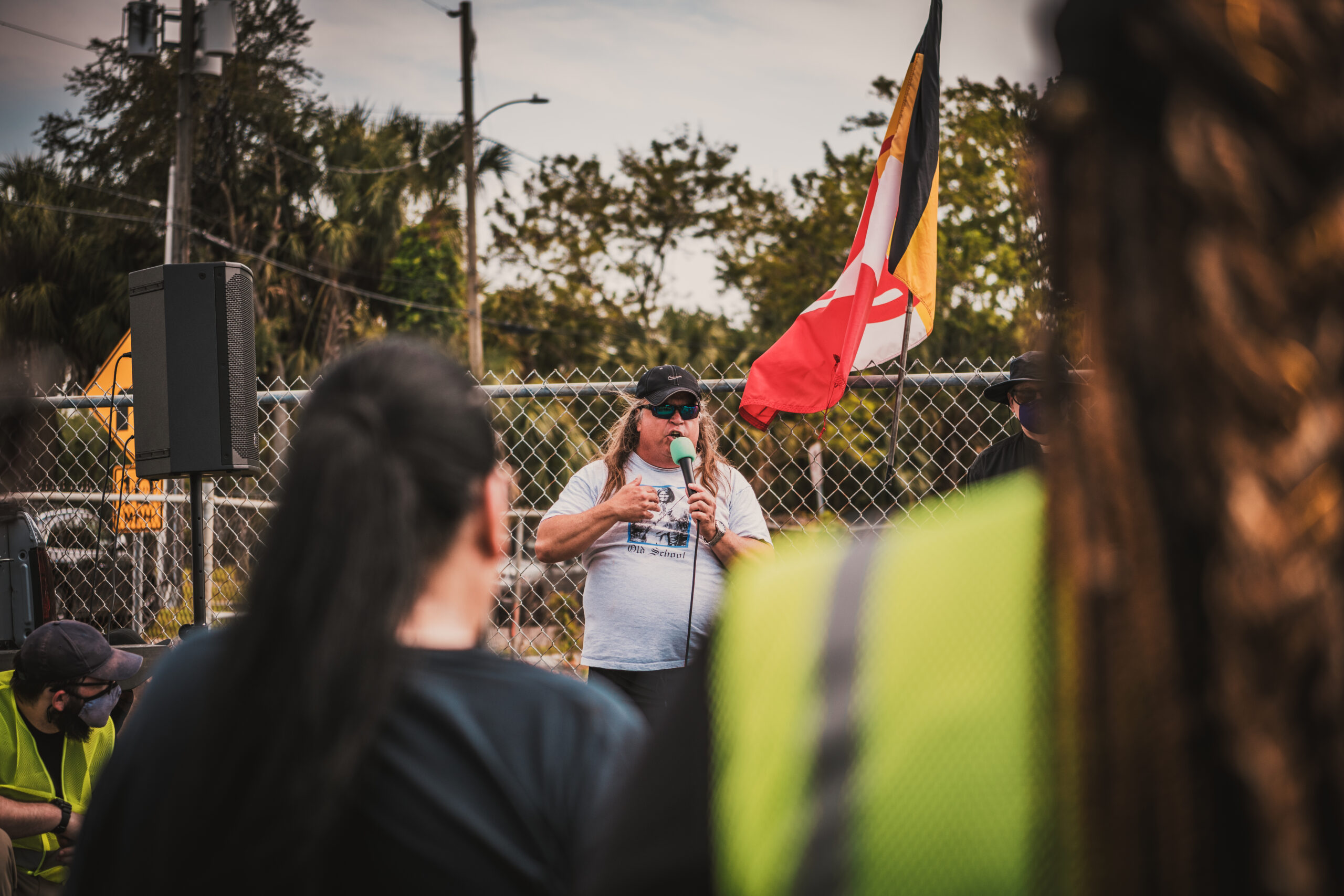 More than a week after saying “there was nothing here” when European settlers came to America, CNN analyst and former U.S. Senator Rick Santorum attempted to walk back his comments in a Monday appearance on the network.

But a Florida Indigenous rights group says his time on the airwaves should be over.

Santorum made the comments late last month during an appearance with the right-wing conservative Young America’s Foundation.

He said he was comparing the United States of America to European countries that have existed longer in their current forms.

“You know, 25 million people waving at you is not exactly a blank slate, Sheridan Murphy with the group Florida Indigenous Rights and Environmental Equality said. “It erases Native culture, Native language. When you drive around: Tallahassee, Wewahitchka. All these words are Native words and Native language.”

He said Santorum’s comments amount to “Manifest Destiny on steroids 2021 style” and erase the hundreds-yearlong persecution and contributions of Indigenous groups in America.

“Puts Natives on the backburner when there are lots of issues relating to Indian country that need to be brought to the forefront. From missing and murdered indigenous women, environmental problems on reservations, lack of running water, electricity, poverty. I could go on for days. Those things don’t often get addressed or talked about because of statements like this ding-dong.”

Federal data shows Indigenous women experience some of the highest homicide rates in the country. Cases of missing and murdered women often going uninvestigated. President Joe Biden declared May 5 to be a National day of Awareness for Missing and Murdered Indigenous Women and Girls.

And in Louisiana, a local school board just shut down one of the state’s only majority-Indigenous elementary schools. Those are just a few of the ongoing issues Indigenous communities still face.

Without an apology, Santorum appeared Monday on the CNN show Cuomo Primetime and attempted to walk back his comments.

“And, and, I was not trying to dismiss Native Americans. In fact, I mentioned it because, yes, they were here. And they did have an impact, in fact, in this country. You’re right.”

Host Chris Cuomo, accused Santorum of trying to whitewash American history in order to play to a conservative base.

‘Some things need to be canceled’

Murphy said that’s especially sad considering Santorum is viewed as a moderate Republican and not among the far-right types. But he said language like Santorum’s is harmful. And it has no place in society where people should discuss differences using the truth.

Following Monday’s appearance, The National Congress of American Indians renewed calls to remove Santorum from CNN. The Native American Journalists Association has called on Indigenous journalists not to work with CNN: “in the wake of continued racist comments and insensitive reporting directed at Indigenous people.”

CNN has not commented on Santorum’s comments or indicated the network would fire him. WMNF reached out to CNN for comment, but did not get a response.

Whether you call it accountability or “cancel culture,” Murphy said Santorum’s time in the public eye needs to be at its end.

“When you’re that mentality and you’re promoting false and hateful ideologies, you deserve to be cancelled. I’m not gonna run away from the term if they want to use it. Some things just need to be cancelled.”