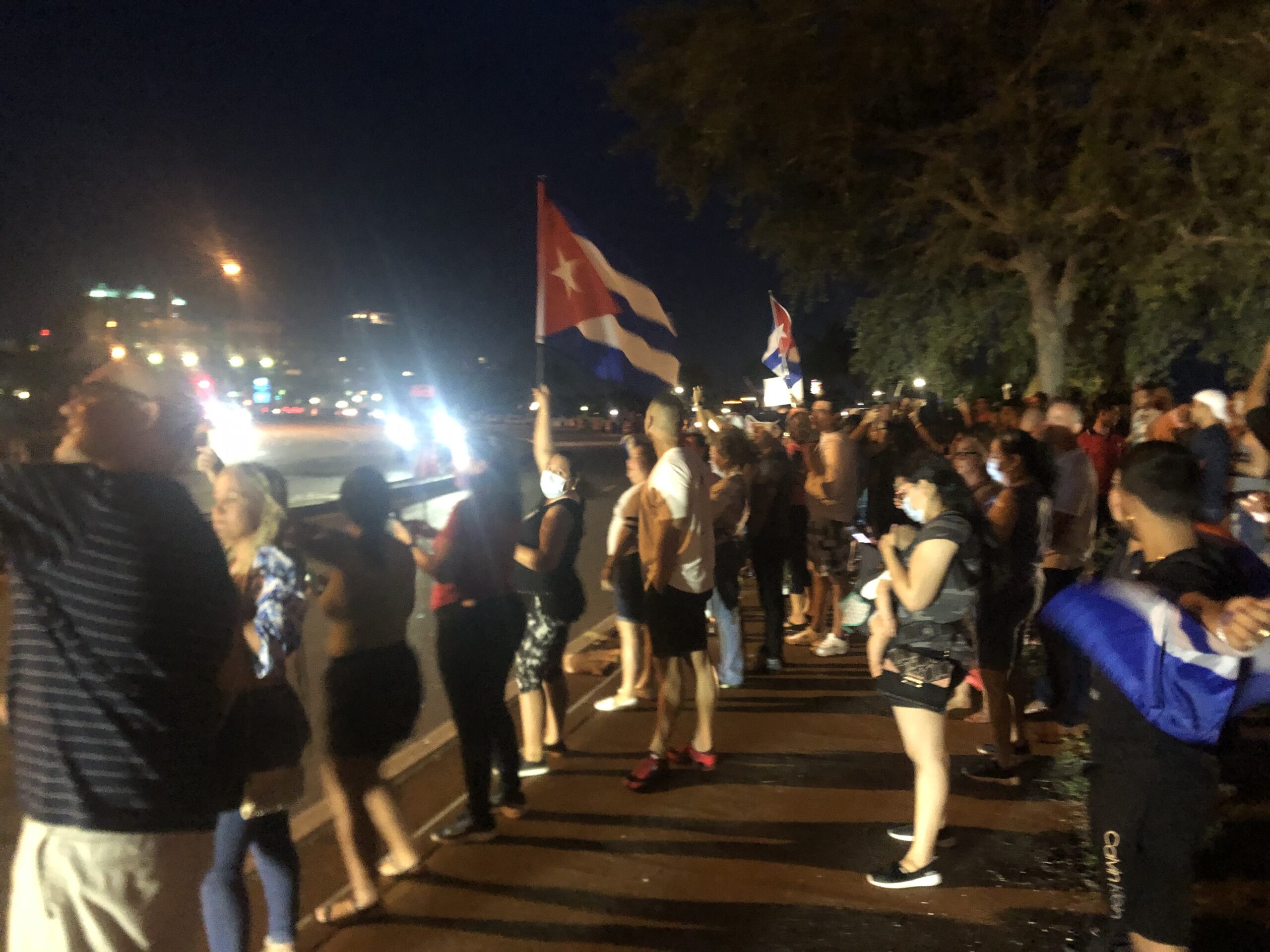 On Sunday, a crowd of over 100 people packed an intersection in downtown Sarasota. The protestors were demanding an end to the administration of Cuban President Miguel Diaz-Canel. The demonstrators, standing in solidarity with protests in Miami, Tampa and Havana, waved Cuban flags and chanted “liberdad”.

According to one demonstrator that wanted to remain unnamed, under COVID-19, the health and economic situation in Cuba has only gotten worse.

Carlos del Rua, a Bradenton man originally from Havana, echoed these sentiments: “Today is the first coming of the people of Cuba standing up for themselves for all the 60 years of oppression. Everyone is out right now, there’s not really an organization, just the people themselves, we are just supporting them and our families. We are trying to get everyone in the government, get them out, they are not supporting Cuba as a country.”

In a rare moment of bipartisan cooperation, both Democratic and Republican leaders have voiced their support for the protestors. The Florida DNC announced on Facebook that they “stand with the Cuban people as they raise their voices in protest of a repressive government.” Similarly, Republican Florida Congress member and Trump loyalist, Anthony Sabatini, tweeted on Sunday, for “high-ranking communist officials to immediately assist in the transition of government away from communism or be prosecuted and executed thereafter”.

Supporters of Cuba’s government point out that food and vaccine shortages are exacerbated by the U.S. embargo of Cuba.