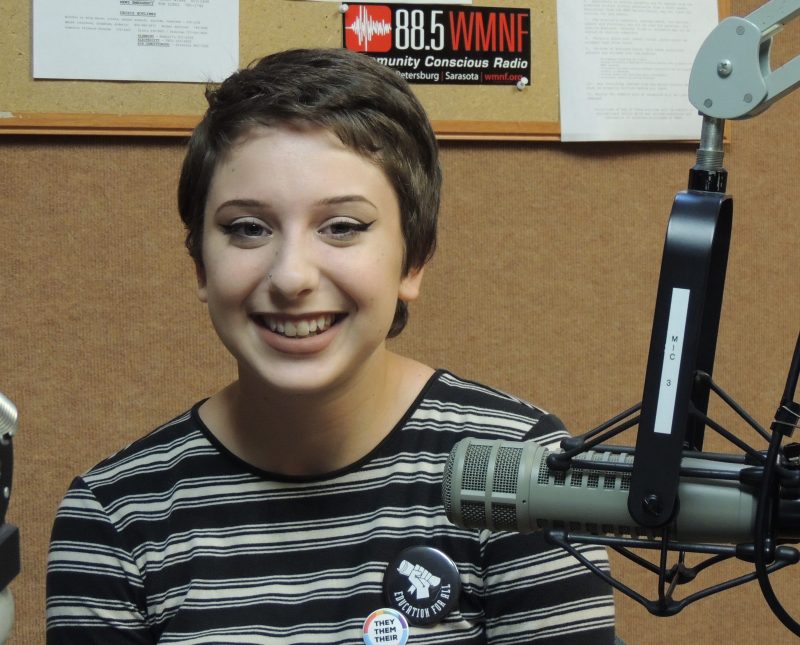 Donald Trump will be inaugurated as the 45th President of the United States on Friday and there will be protesters in Washington, D.C. and across the country; here in Tampa, Students for a Democratic Society is organizing a student walkout at the University of South Florida.

WMNF News interviewed Tori Stratis, a sophomore education major at USF and a member of SDS.

“Tampa’s Students for a Democratic Society on January 20th at 1:00 p.m., we’re hosting a walk-out and then a rally in front of USF Cooper Hall.”

“So, basically, we believe that Donald Trump doesn’t represent our interests, as students, and to oppose him, we’ll be walking out and then having the rally.”

What might happen at the rally? Are you going to do a march? Are there going to be speeches?

“There’s going to be a couple different speeches and then depending on how the crowd is, if we have enough people, then we’ll probably march.”

And it’s not just at USF. This action you’re doing is coordinated with other schools.

Those are my only questions. Is there anything else that people need to know about this action?

“Just that as SDS we believe that the only way to oppose Trump is to organize against him. If you can, join a progressive group — like SDS.”

I appreciate your time today, thank you so much.