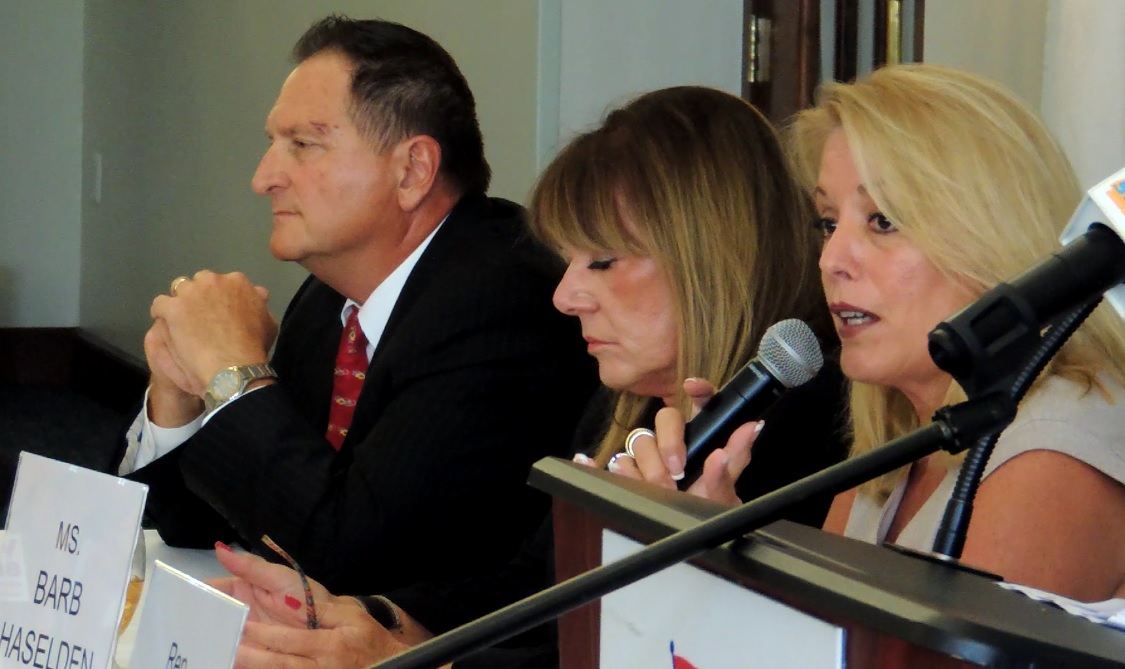 They agreed on many issues, like their support for a Florida constitutional amendment that would increase the homestead exemption on some property and their support of President Trump’s trade tariffs. But they also disagreed, including on how the County Commission should deal with sea-level rise. Haselden even suggested that scientists may not be telling the truth about the dangers of climate change.

“I think there is way too much disagreement as to what degree — I think that we may have some, absolutely, change in climate. Climates do change. Climates change, they’ve changed many, many times throughout the history of the world, of the Earth. And they’re going to change more so. But I think that for us to consider that we could make public policy today based on, what did you say, three foot by the end of this century? … So, I can’t agree with that,” Haselden said, in response to a question from a member.

Ahern said, “I guess what I would do is … find out where we are right now. With this current, you know, County Commission. And I know that they’ve been working on this very hard in the past decade or so. And see where they are and see what policies they’ve got that are working. And then look at what some other counties may be doing to shore up their policy against that particular threat. Because this ultimately is our future. My children live hear and yours do to. And we want to make sure that they have the same quality of life that we’ve had.”

The Toronto Blue Jays, Philadelphia Phillies and Tampa Bay Rays are all either seeking or receiving taxpayer-funded subsidies for stadiums in Pinellas County and in Hillsborough. The three candidates all agreed that tax money should not be used to fund stadiums for professional sports teams.

The primary election for Pinellas County Commission District 6 is in August. The winner will face Democrat Amy Kedron in November.

Watch the first half of the forum:

Watch the second half of the forum: