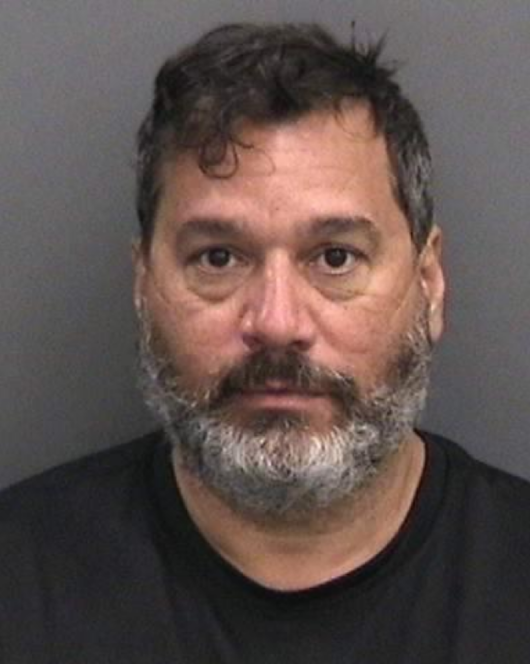 A Seffner man was arraigned on charges of false imprisonment Wednesday.

The Hillsborough State Attorney’s Office said he detained a Black teenager against his will and falsely reported crimes.

The young man was riding his bicycle to basketball practice before sunrise in early June when Luis Santos decided he’d committed a crime.

He had a jump rope, basketball and gym shoes in a backpack

Santos, a native of Puerto Rico, stopped the 18-year-old 1teen, questioned him and accused him of breaking into cars and stealing a bike. The State Attorney’s Office in Hillsborough said Santos held the teen against his will until deputies arrived, despite no evidence of any crimes being committed.

Santos pleaded not guilty Wednesday to a charge of false imprisonment.

In a video and 911 call released by the State Attorney Andrew Warren, Santos is seen and heard detaining the young man and making him put his hands above his head. He tells a 911 dispatcher he caught the teen on video breaking into cars.

“I have somebody breaking into the cars,” he’s heard saying. “We got it on video.”

No such video was found. In fact, an investigation found no similar crimes were even reported in that subdivision in all of 2020.

Warren said the incident appeared to be a case of racial profiling.

“What happened that morning should upset everyone in our community. We have skilled police officers,” Warren said. “We don’t need vigilantes confronting people on the street.”

Santos also exaggerated his employment, telling the dispatcher he was an off-duty officer.

According to Warren, Santos had quit his job as a theme park security officer six months earlier but had valid security certification at the time. Warren’s prosecutors declined to file a charge of false personation.

Warren said the teen was visibly shaken and hyperventilating when deputies arrived and commended them on deescalating the situation. They even gave him a ride to practice.

Unlike similar confrontations around the country, Warren said he was glad this one didn’t end in violence. However, the only person who seemed to commit a crime was Santos himself.

“There have been recent examples of confrontations like this across the country that have ended tragically,” Warrens said. “The fact that this didn’t end with a loss of life doesn’t make it any less of a crime. What Mr. Santos did is unacceptable and illegal—now he’ll face consequences for his actions.”

False imprisonment is a third-degree felony and come with a maximum sentence of five years.