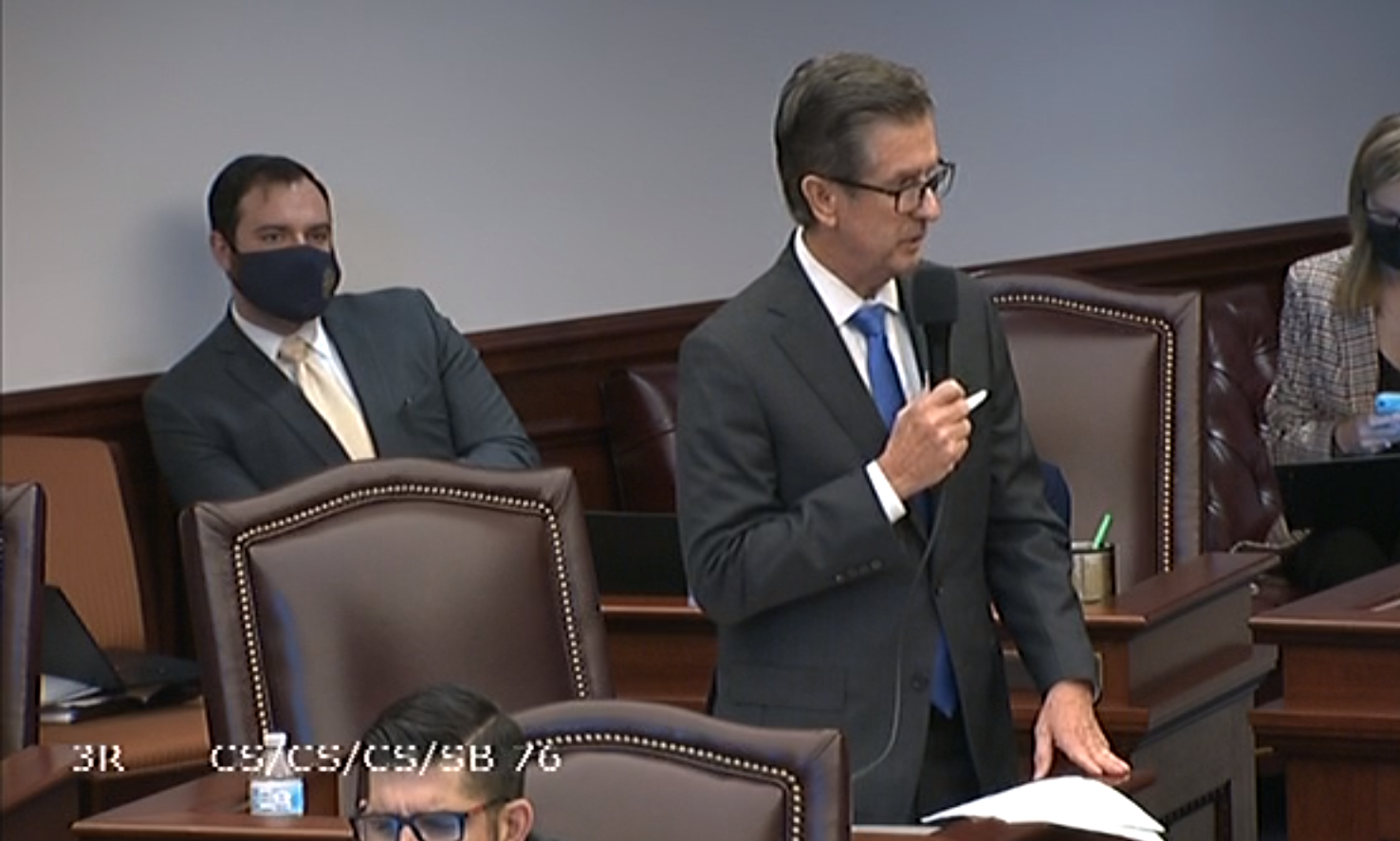 On Wednesday, the Florida Senate passed a budget amendment allocating $3 million to help in the Piney Point clean-up. Cleaning and closing the site is expected to cost upwards of $200 million.

The appropriations amendment was sponsored by senators Jim Boyd and Darryl Rouson. Boyd is a Republican who represents the part of Manatee County, where Piney Point is located. Rouson, a Democrat, represents parts of Pinellas and Hillsborough that neighbor the Piney Point area.

Rouson said the funding is a start.

“This nutrient-laden water spilling out near Piney Point has serious implications to the fragile environment that represents Tampa Bay,” he said. “And the funds that we are appropriating will start us on a pathway to cleaning up what has been recognized as a true mess.”

One of three process water ponds on the Piney Point breached last week and began pouring through the radioactive gyp stacks. Officials said that water was collected on site. But in order to control the breach, water from the top of the pond had to be emptied. That water contains seawater and wastewater used in the processing of phosphate and is filled with phosphorous, ammonia and nitrogen. Some of the nutrients in the water are known to fuel red tide and lead to fish kills, among other environmental concerns.

Manatee officials announced Tuesday that the stacks were under control and a full collapse was no longer a threat. But the site has been problematic for years. The ponds are at capacity and in constant danger of overflowing.

Jeff Barath manages the site for owner HRK. He’s been begging the Manatee commission for help with a plan to close the plant. His most recent plea was in February.

“Based on our current water volumes, action is needed,” he said. “Now.”

But it took a breach and the threat of a 20-foot wave of contaminated water for action to be taken. It’s been a known problem in the county for decades. On Sunday, Governor Ron DeSantis said crews will continue working until Piney Point is closed for good.

“I’ve asked secretary Valenstein to work with Manatee County and use all available resources to form a permanent solution to this longstanding issue,” he said.

But a solution could be costly. The breached pond still needs to be drained. There’s about 300 million gallons left. That contaminated water could wind up in the Bay. Then there’s the two other stacks. Those have higher concentrations of pollutants and need to be drained as well.

The Manatee County Commission voted Tuesday to start the design of a deep-injection well. It will pump the water into the ground, past the Floridan Aquifer. There, it could take 100,000 years before it resurfaces in the Gulf.

Cost estimates for completing the site closure are in the $200 million range. The three approved is a long way away. But Senate President Wilton Simpson promised Monday to use American Rescue Plan funds to fund the cleanup.

Sen. Janet Cruz, who toured the site Tuesday, supported the amendment. But she said it’s not fair for tax payers to be on the hook

“This is a fix for private property and now we are essentially stuck taking care of this,” she said. “Not our problem, but we are gonna fix it and take care of our residents.”

In his statement, Simpson added the State will work to hold responsible parties accountable for Piney Point and recoup tax payer money.