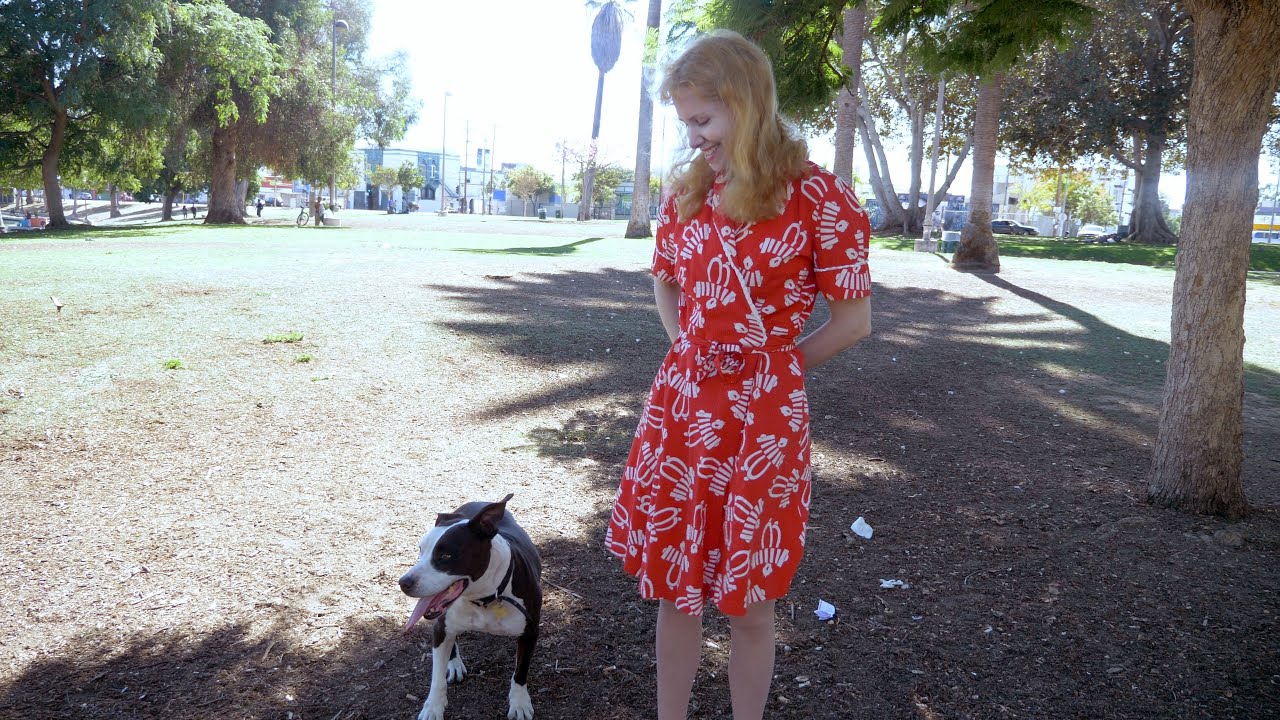 Nellie McKay—the singer-writer-actor-animal advocate who first appeared on “Talking Animals” in April of 2004, when her debut album, “Get Away From Me,” was generating rave reviews and buzz galore, partly propelled by “The Dog Song,” her supremely catchy paean to the joys of a canine companion—returned for an unrivaled eighth visit to the program, engaging in a fun, freewheeling conversation that ranged from saluting Doris Day to noting a new vegan wrinkle to New York City schools’ cafeteria menu, touching on new projects on the horizon (including further pursuing a collaboration with Ethan Coen of the Coen Brothers, and aiming to record a new album of original songs), and periodic exchanges with Bessie, Nellie’s rescue pit bull-type dog.

I opened this conversation inviting Nellie to comment on the controversy, “Fishgate,” that had recently embroiled New York City mayor Eric Adams—who has trumpeted his status as a vegan, including in a 2020 book, “Healthy At Last: A Plant-Based Approach To Preventing And Reversing Diabetes And Other Chronic Illnesses”—was seen multiple times eating fish, there was salmon spotted in his fridge, etc.—but she hadn’t heard about this.

She did use the “Fishgate” question as a jumping off point to enthuse about Adams’ newly-launched “Vegan Fridays” initiative, in which more than 1700 New York City public schools will provide K-12 students plant-based lunch options on Fridays.

This being the first “Talking Animals” conversation with Nellie since the passing of Doris Day—a monumentally significant figure to her—we discuss how, and why, Day first appealed to her, Nellie’s 2009 album, “Normal As Blueberry Pie: A Tribute to Doris Day,” Day’s pioneering and longstanding work in animal welfare, and more.

We addressed how fostering Bessie became a foster fail (a moment of clarity for her arrived when she heard herself talking potential adoptees out of taking Bessie), and how fostering/adopting a certain kind of dog, a pit bull type dog in this case, can serve as an additional act of advocacy.

Currently in the midst of performing concerts at various Northeast locales—and awaiting the rescheduling of a string of Florida shows that the pandemic caused to be cancelled—she outlines other projects she plans to tackle: that album of original songs, and return to:  “A Play Is A Poem,” a handful of one-act plays by Ethan Coen, with music by Nellie, who will also star in the production, when it can be mounted in NYC; it, too, was waylaid by Covid complications.