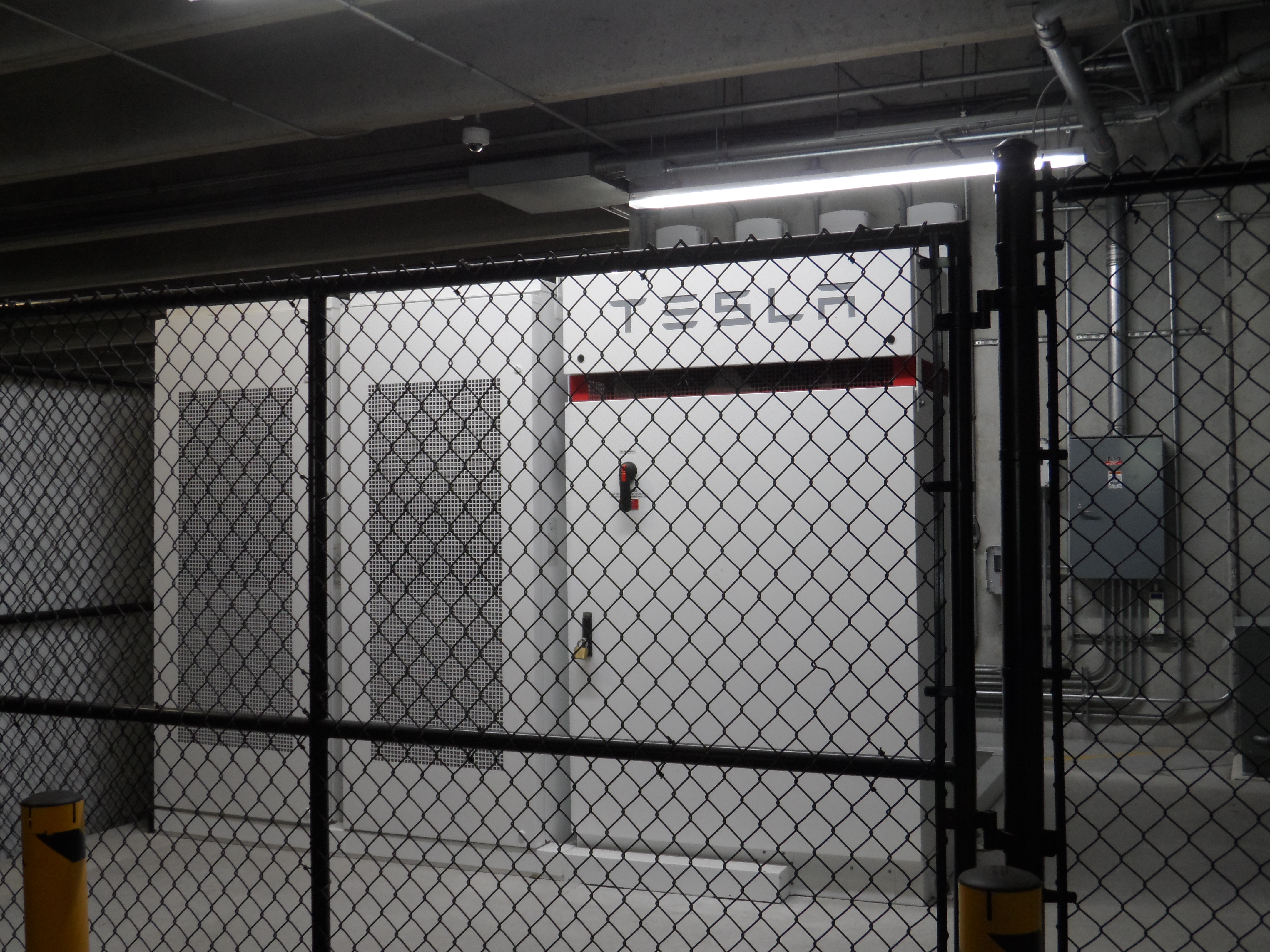 Power from the electric grid was cut to a parking garage at the University of South Florida in St. Petersburg Friday morning; the lights dimmed, but didn’t go out, during this simulated black-out because energy generated by solar panels on the roof of the garage was stored in a room-sized battery made by Tesla.

Duke Energy of Florida state president Catherine Stempien tells WMNF the battery will allow solar-generated power to be fed back into the electrical grid or to power the elevator, lights and electric vehicle charging stations of the parking garage even when the sun isn’t shining. 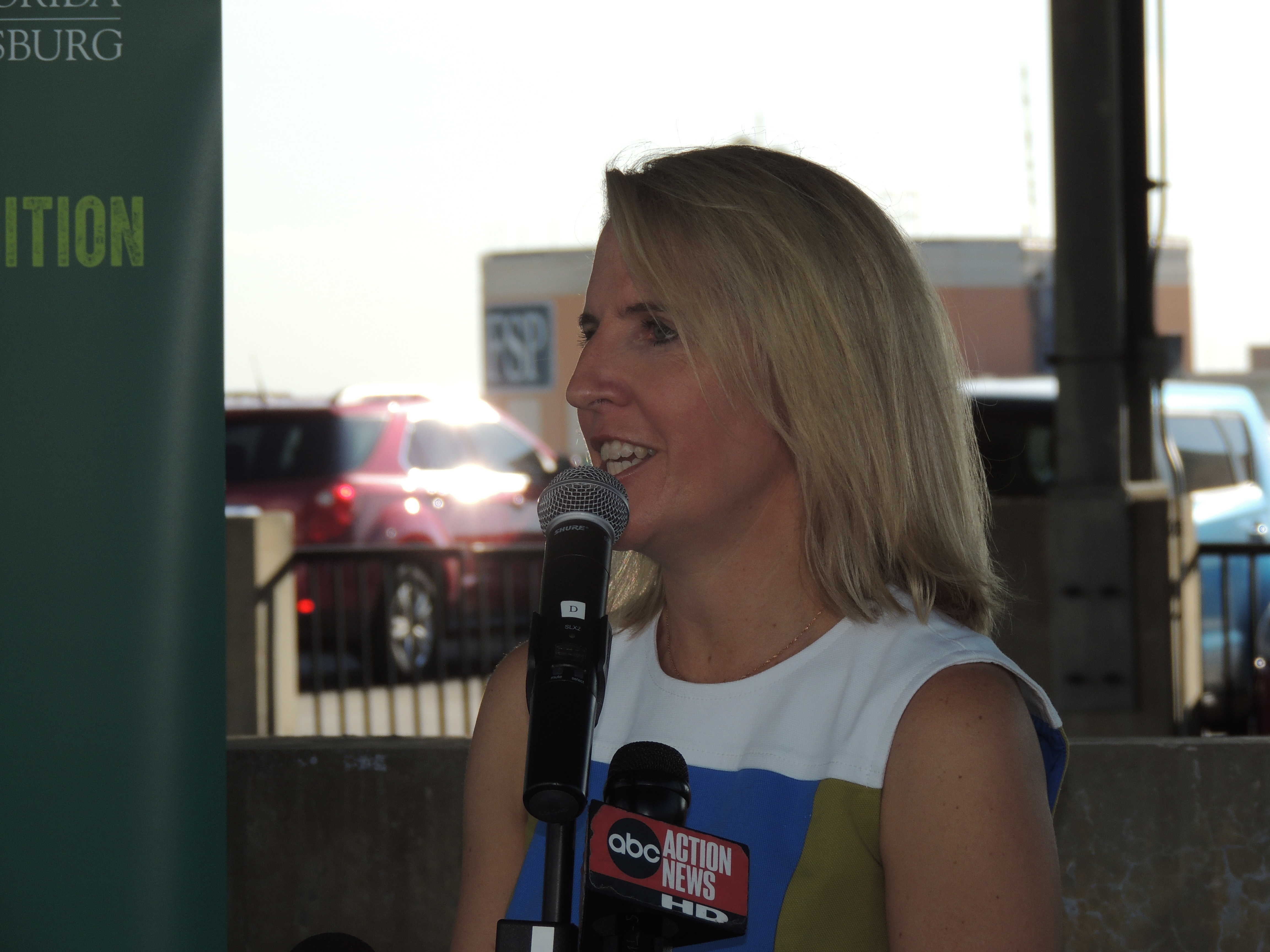 “Well, this is a great project. Really the first of its size and its use here in the state of Florida. What we’ve done here is combined a 100 kilowatt solar array system sitting on top of a parking garage with a 350 kilowatt battery storage system that’s been provided by Tesla. And the two of those systems combine to really provide an integrated power system here for the University of South Florida.”

One of the demonstrations that’s coming up is you’re going to cut the power. So it’s going to be like a blackout of the parking garage. And then you’re just going to run off the battery. How will that work?

“This is actually going to be a great example of what the power, really, of the whole system. What we’re going to do is we’re going to simulate a power outage that happens. The power will go off completely to the parking garage. And the battery – you’ll see the battery kick on. And it will provide all of the lighting, continued elevator use, as well as electric vehicle charging. So that it can be a stand-alone operating parking garage even when the power’s out.”

Stempien says a fully-charged Tesla battery will run the parking garage for “a couple of days” before it needs to be recharged by the solar panels on the roof.

“I like to say that we are the Sunshine State and we really have great opportunity here in Florida in order to harness that power and really help our customers by providing a renewable power energy source. Here at Duke Energy we already have a number of solar installations available. They’re smaller solar installations that we’ve been learning from, really how to match that solar power up with operation of our grid. But over the next four years we’re going to be deploying 700 megawatts of additional universal solar across our system. So we’ll have one project that will go into service at the end of this year in Hamilton. It’s a 74.9 megawatt system. And then you’ll see and hear us rolling out additional programs over the coming years. That’s going to provide our customers with great fuel diversity. It’s going to provide our customers with great clean energy. We hope to continue expanding the use of solar throughout the state of Florida.”

So can you say around what percentage it is now and what it will be after those projects are completed?

“Right now the state of Florida does not have a lot of solar power usage. But we are hoping that through the deployment of the 700 megawatts and additionally we’re also supporting our customers who want to have their own solar systems and hooking those up to the grid. So we’re hoping to continue to see the growth of solar in the state of Florida. But it’s going to be a significant time until it’s really going to take over a majority of the … power here in the state.”

Video of the blackout simulation: