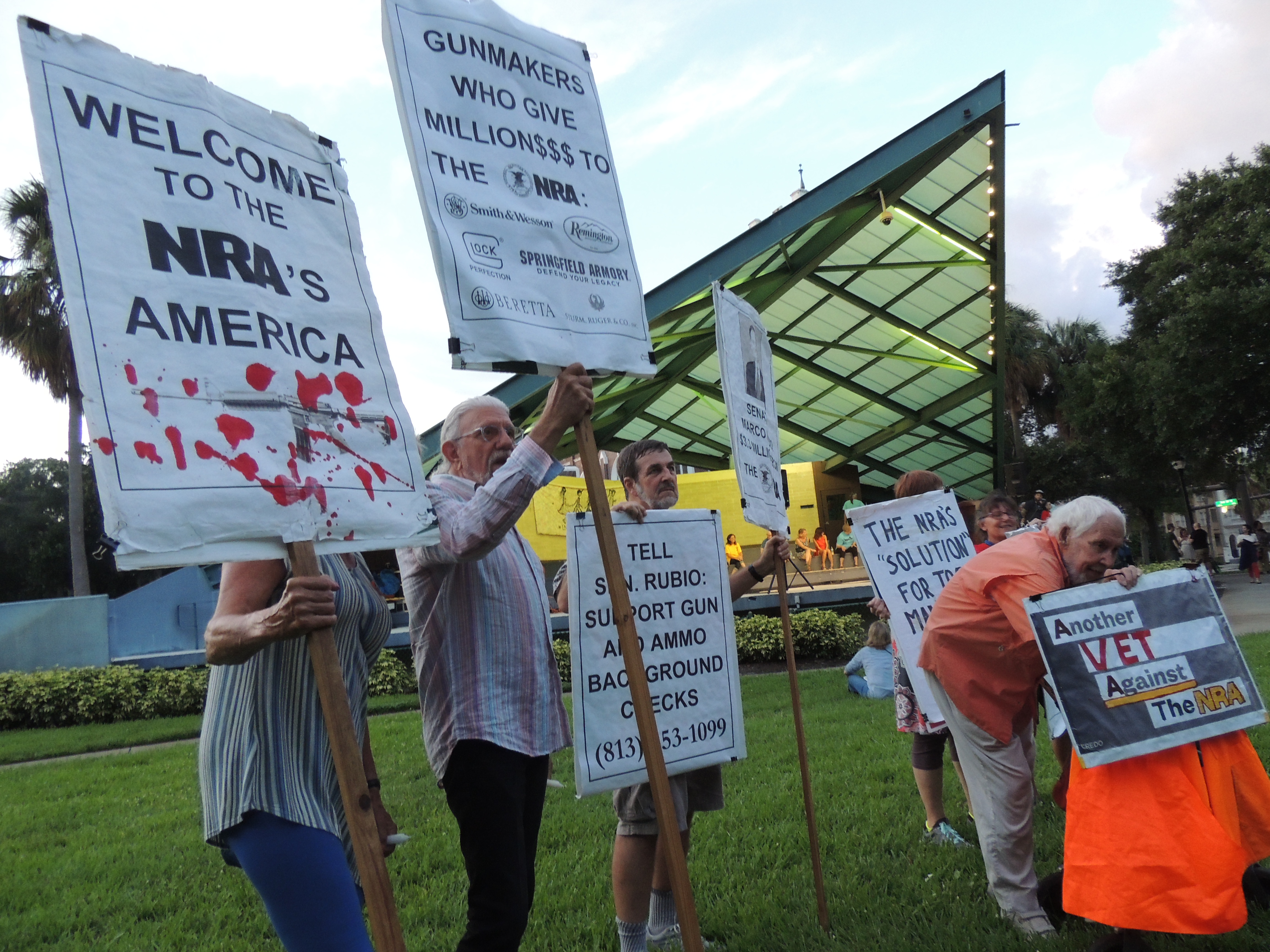 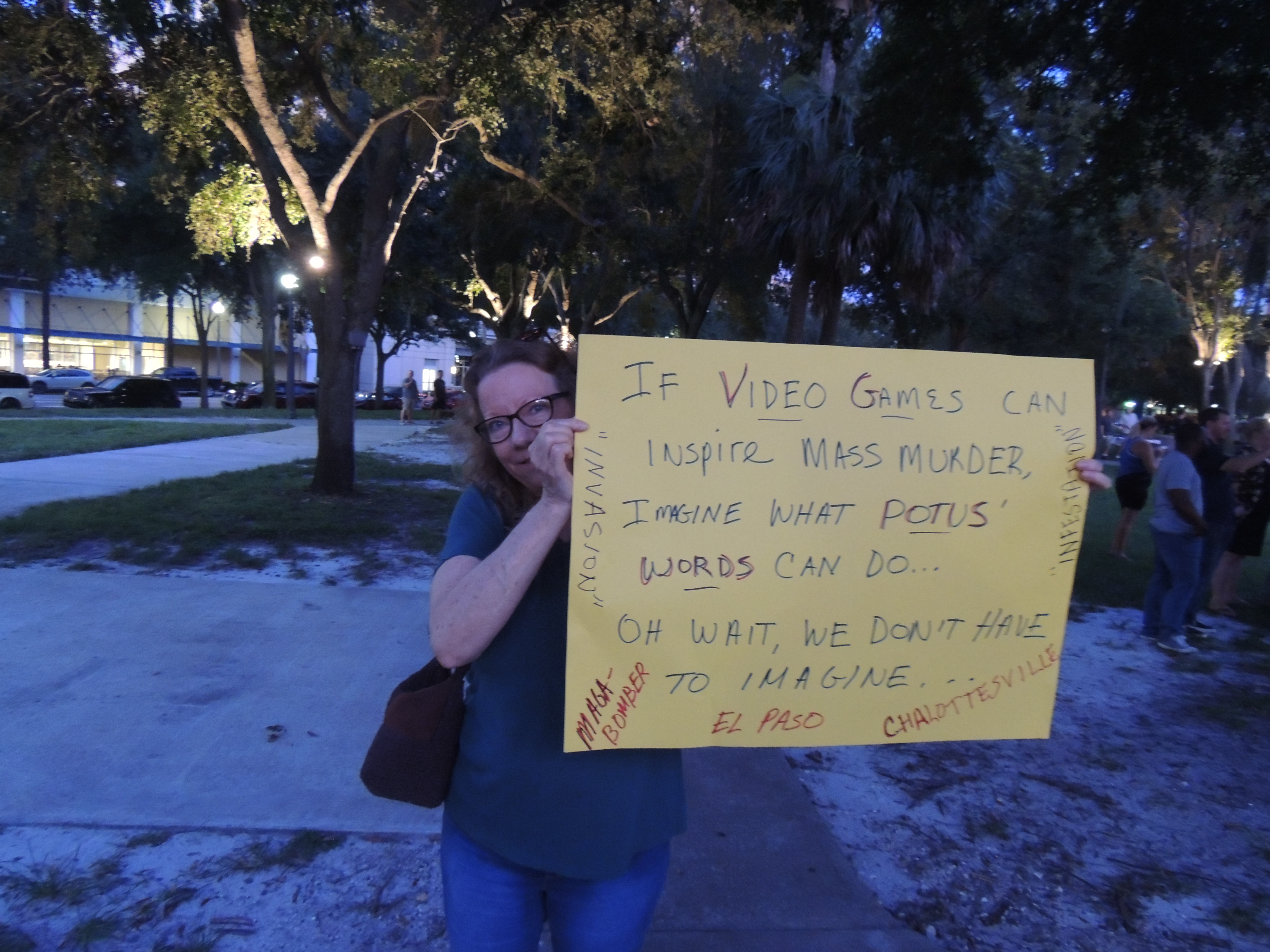 About three hundred people held candles, prayed and cheered during a vigil against gun violence Monday night in St. Petersburg.

On stage, elected officials and activists made passionate speeches, some of them furious that mass shootings continue.

Before the vigil, U.S. Rep. Charlie Crist (D-St. Petersburg) expressed his frustration with the U.S. Senate for not passing a bill on background checks that was passed by the House, but the …

“…Senate won’t take it up. It is unconscionable that they won’t take action. They need to go back to Washington now. And, they need to stop this. I mean there’s no excuse for it.

“And it doesn’t matter what Party you are. This is not a Republican issue. Not a Democratic issue. This is an American issue. We have an epidemic of this in America, and it must stop. And leaders in — not only Washington, but throughout the country — have to be held accountable and do what’s right.

“We’ve done that in the House. The Senate needs to act, and sent it to the President.”

WMNF asked Tampa Mayor Jane Castor for her solutions to the problem.

“Well, I’m here because we’ve got to put an end to this carnage in our country. And, we have to bring everyone together and stop the anger and the hatred that is just proliferating throughout our country.” 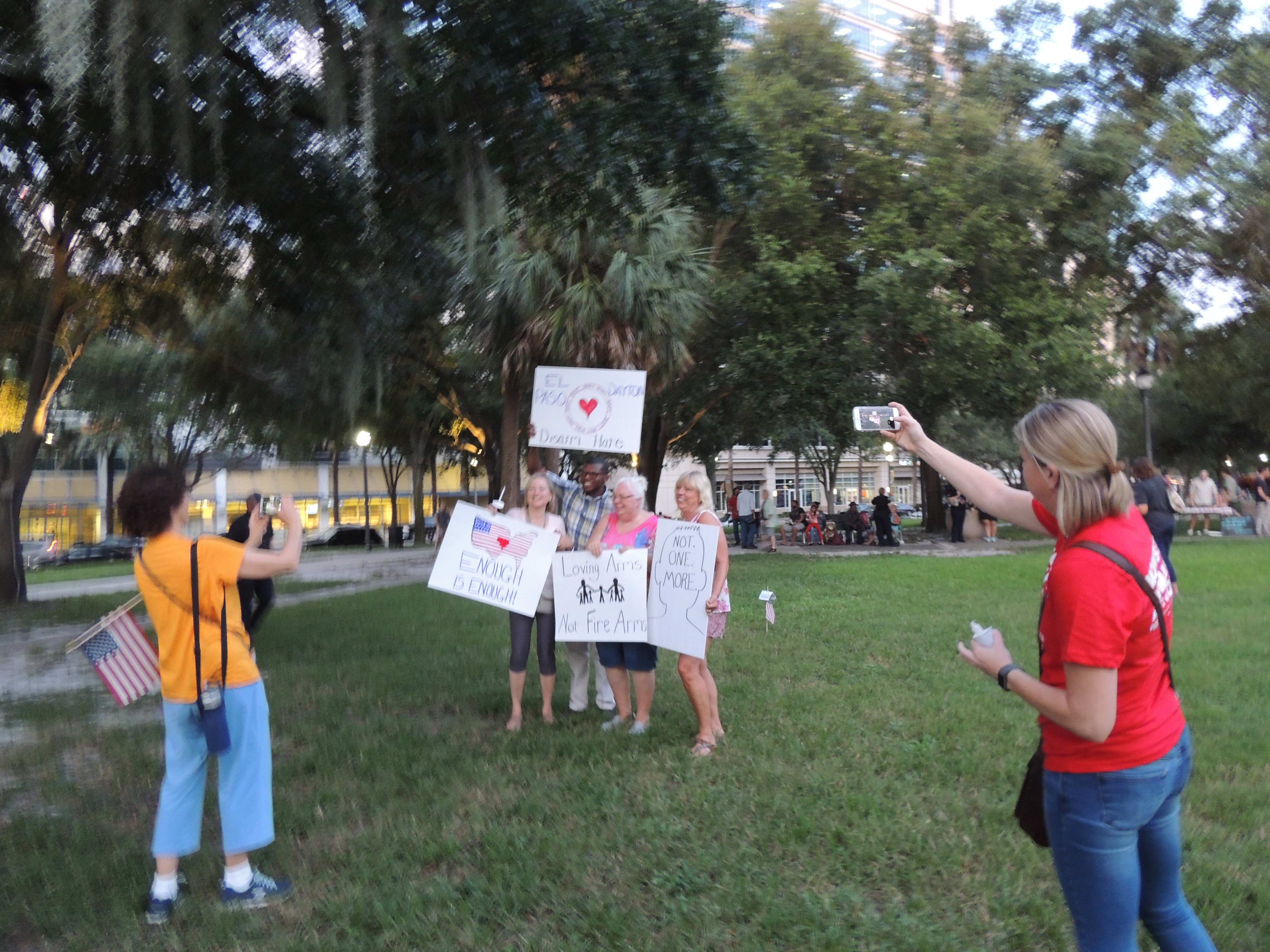 SK: What do you think could be done though?

“Well, there are a lot of things that can be done. First and foremost, we can have our national leaders stop sending out these angry messages and hateful innuendos. But also, we need to take more action in dealing with those individuals that are suffering with mental health complications. And then, we have got to do something about the firearms in our country.

“And it can be done. Simple, simple steps can be taken that can save lives on a daily basis.”

SK: My last question: What are those steps? As a former police chief, what can you do?

“Right, well one, we can start the National Registry. But it’s not enough just to have individual’s background checks. To do background checks on every person that buys a firearm. You know, no loopholes for the firearm shows. None of the other loopholes. Everyone has a comprehensive background check prior to purchasing a firearm. And then, it’s just as important that we share that information, because quite often, it’s siloed and one agency, law enforcement agency, may not know that an individual isn’t supposed to have a firearm. 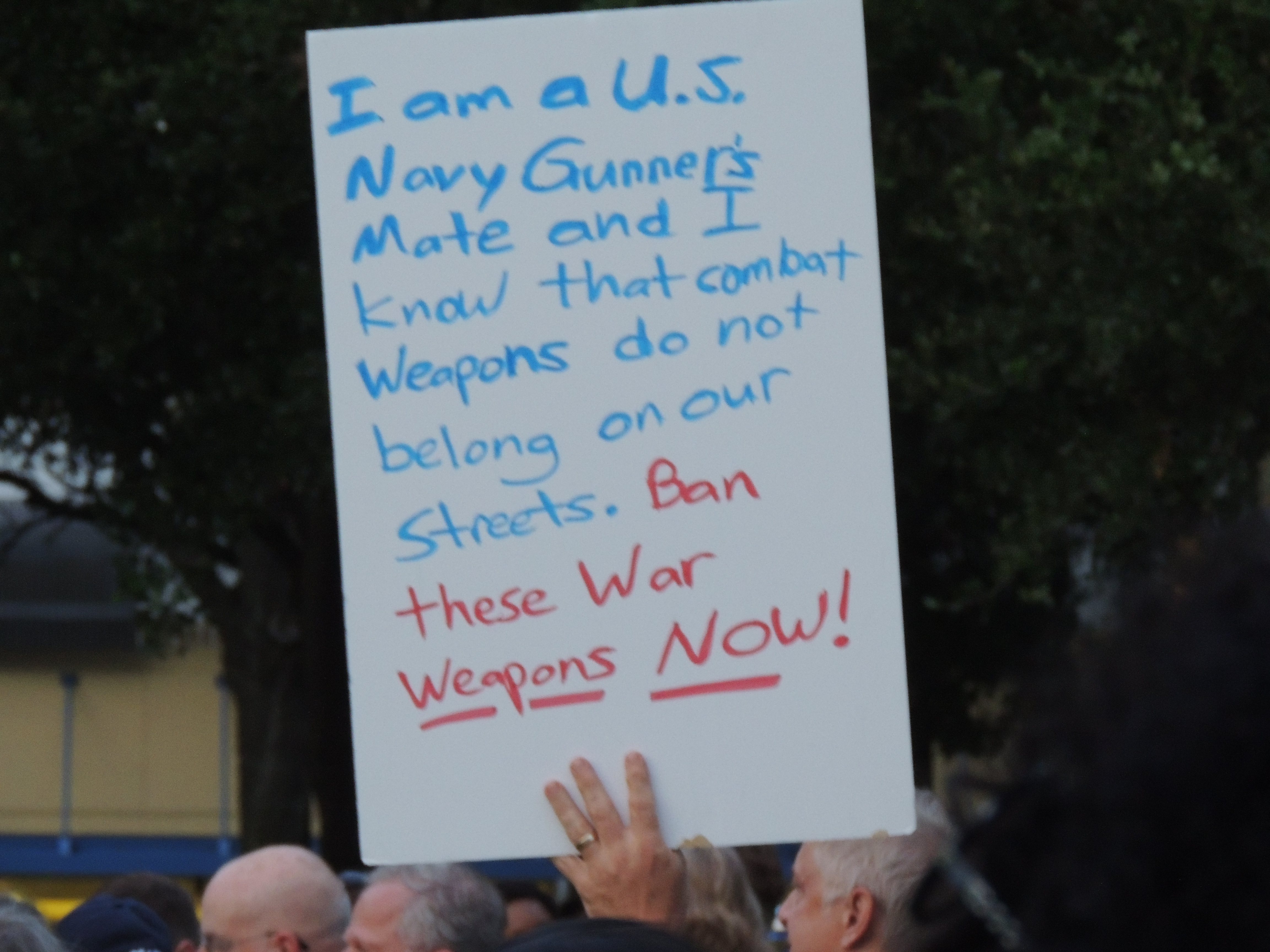 The loudest applause of the night came at the end of a passionate speech by Pinellas County School Board chair Rene Flowers.

Watch the first half of the vigil here:

Watch the second half of the vigil here:

Watch the Facebook Live stream of the full vigil here: