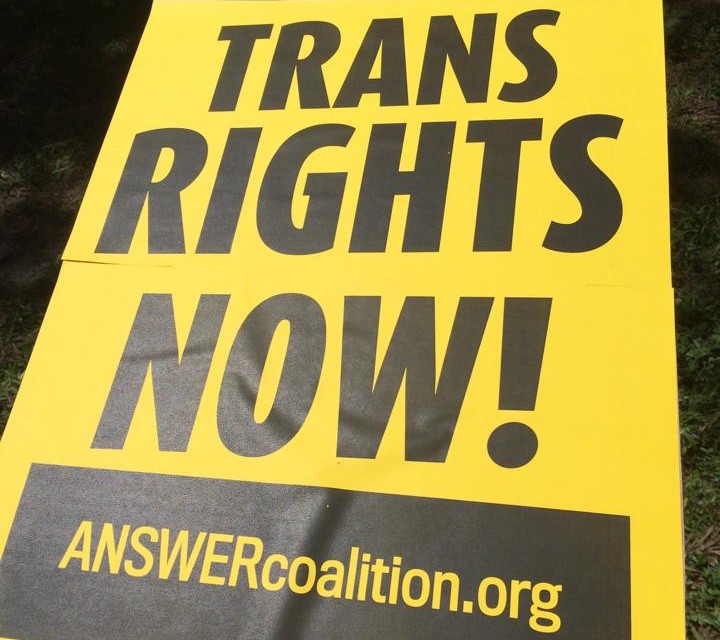 Supporters of the rights of transgender students plan to speak out Tuesday evening at the Sarasota school board meeting; ANSWER Suncoast and the Party for Socialism and Liberation – Florida are hosting what they’re calling “Speak out for trans rights in Sarasota schools!”

“Thankfully, because of all of the work that people have put into this campaign, two of our demands are now in the process of being met. What this speakout is about is not losing momentum and pushing forward our other demands.”

What are the demands that you still have that you’d like them to meet?

“To include gender identity and expression in their nondiscrimination policy. And we also have the demand of equal access to facilities — so, bathrooms, locker rooms – for people that match the gender with which they identify.”

What can people expect if they go?

“People who have been involved in the campaign have been to our speakouts before. But it’s a school board meeting. Every school board meeting has time for public comment. Everyone’s given three minutes to talk to the school board about anything that they want to. There will probably be several speakers signing up and supporting the cause. Probably people who spoke out for trans rights as part of this campaign before.”

If people want to find out more information, where do they go?

“You can go to our Facebook page. It’s ANSWER Suncoast … if you search that on Facebook and it will have the event page with more information in it. You can also go to liberationnews.org and type in ‘trans student rights Sarasota’ and find a bunch of articles about what we’ve been doing in the last two years.

“It’s a testament to how direct action and showing up and speaking out works that we moved our two major demands forward. And I think we should definitely be celebrating that victory at the speakout as well as pushing for more momentum on our other demands.”