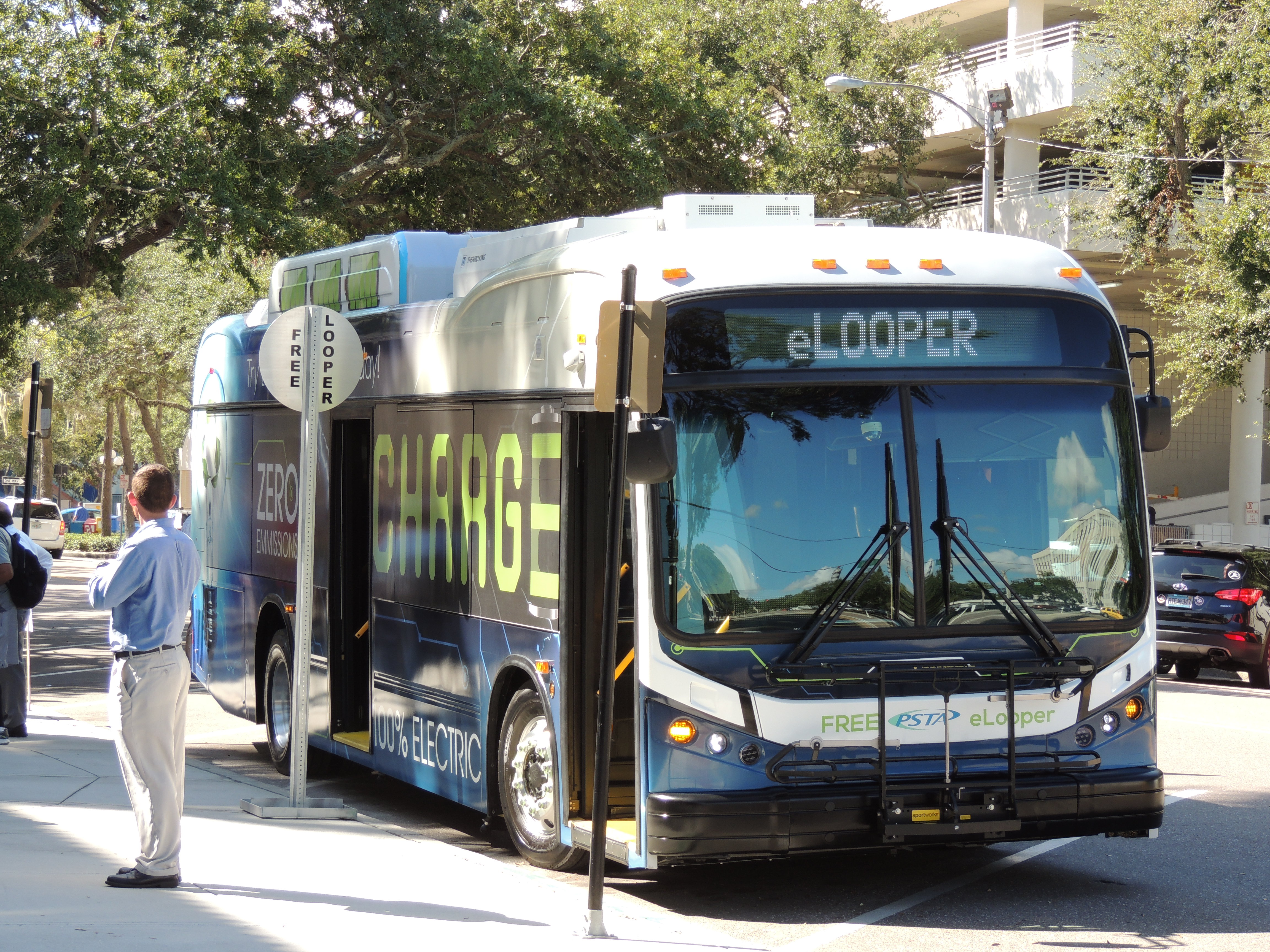 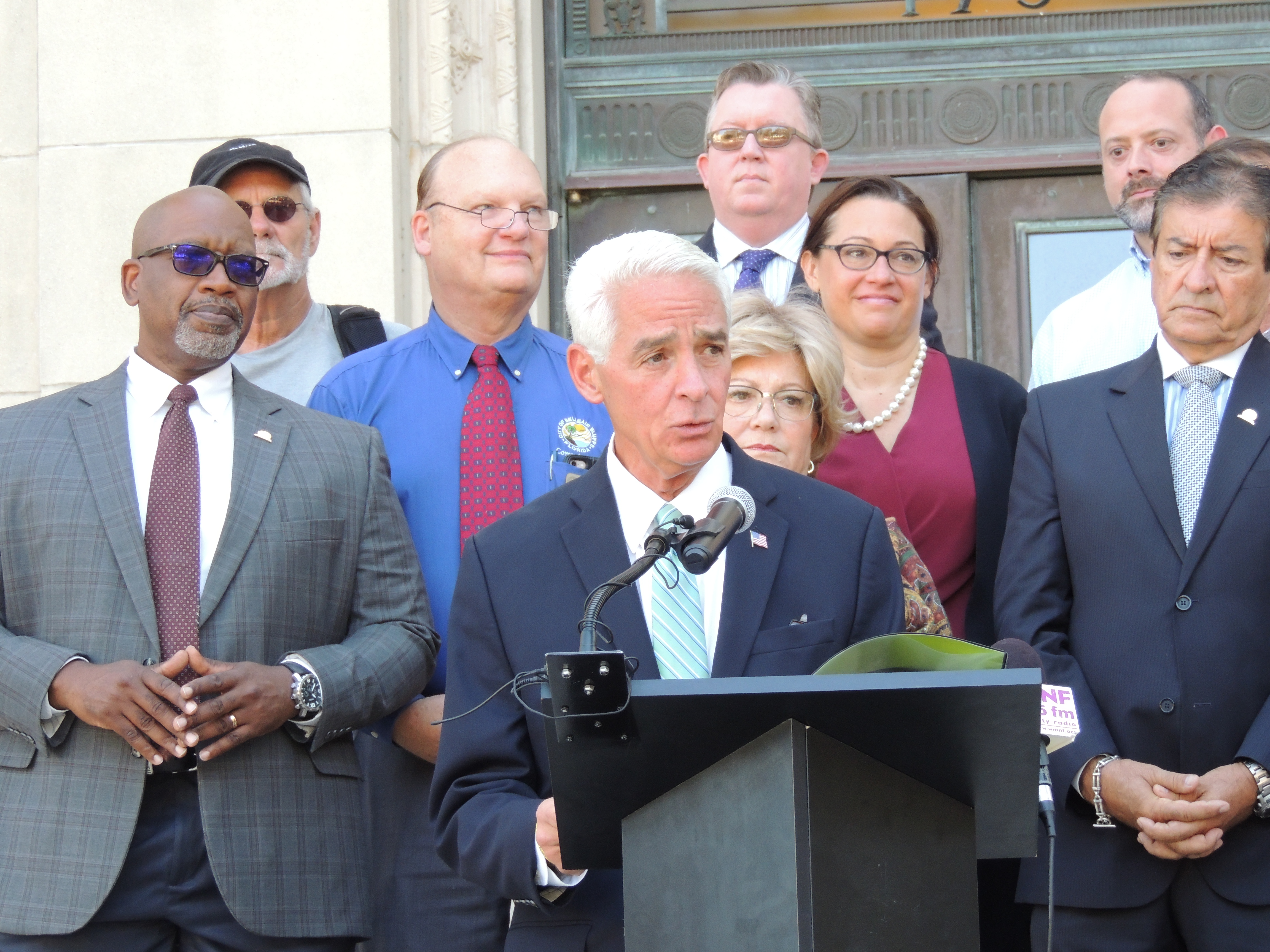 Pinellas County now has the Tampa Bay area’s first all-electric public bus; it will begin running this weekend as a free shuttle in St. Petersburg known as the Downtown eLooper. Local leaders rode the quiet, emission-free bus this morning after a press conference.

WMNF News spoke with St. Pete Mayor Rick Kriseman aboard the bus while it took a couple of dozen people on a trip around City Hall’s block.

“So, we are sitting here on the eLooper for its inaugural trip. It’s [the] first time I can think of that I’ve ever been on a bus where I hear nothing. Other than the people that are on the bus talking. So it’s pretty cool. To think that we’re going to be riding around in a vehicle that’s producing zero emissions and will help us reduce our carbon footprint is pretty cool.”

Where will the eLoooper go?

“There’s going to be six of them. It’s going to be all around downtown St. Petersburg. It’ll be a free ride that you can jump on, which is even better. And so, obviously, we hope that the public takes great advantage of it. It’s a great way of getting around. Park your car, leave your car and ride the eLooper.”

The funding came from where? 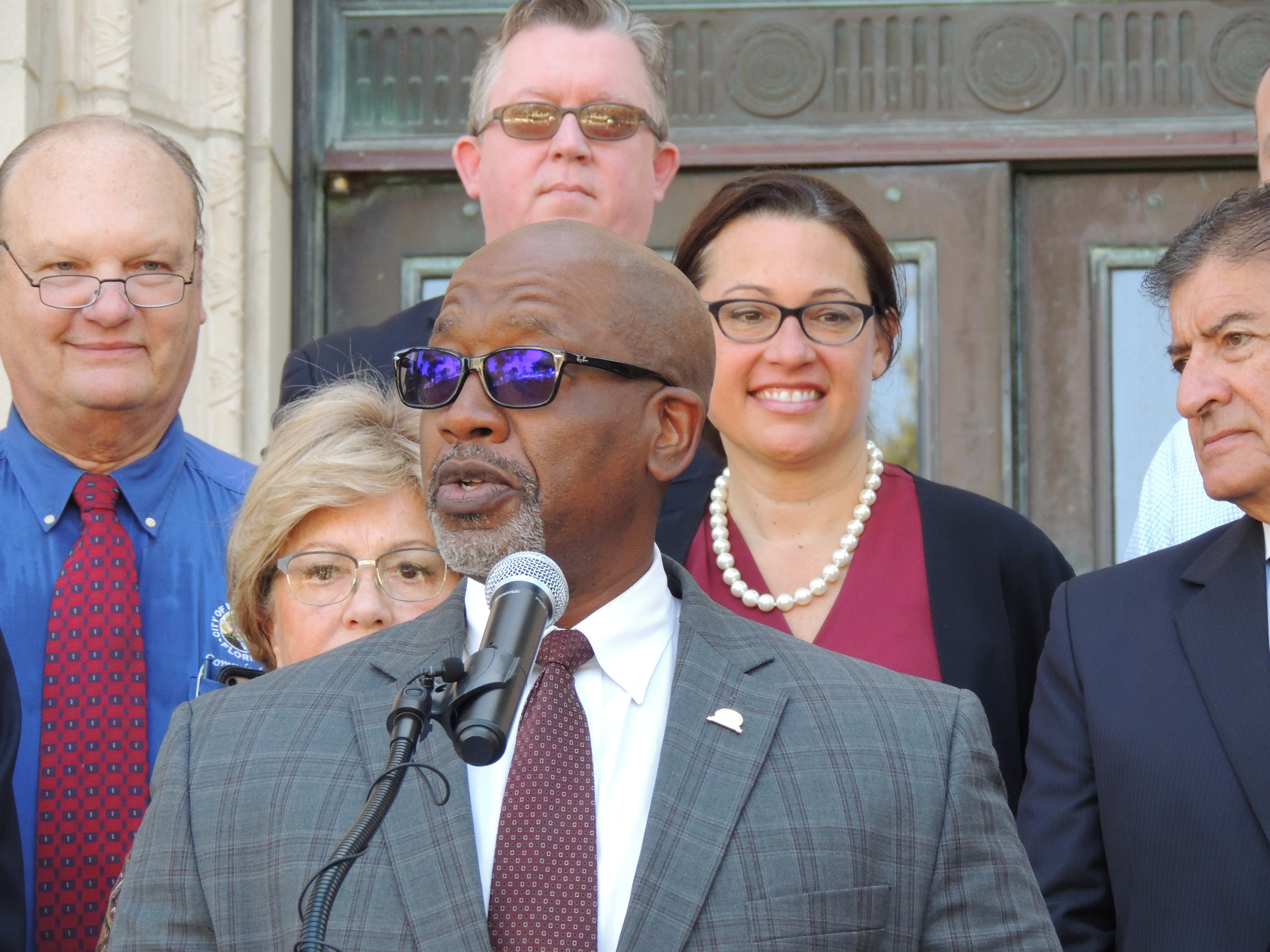 U.S. Rep. Charlie Crist (D) said the region just got a second $1 million federal grant which will allow the Pinellas Suncoast Transit Authority (PSTA) to purchase a total of six electric buses by 2020.

Kriseman says the City of St. Petersburg will spend about $360,000 a year for operations.

Pinellas County Commission Chair Ken Welch says the County contributed about $600 million from BP settlement funds to purchase a charging station that will be located on land owned by USF St. Petersburg.