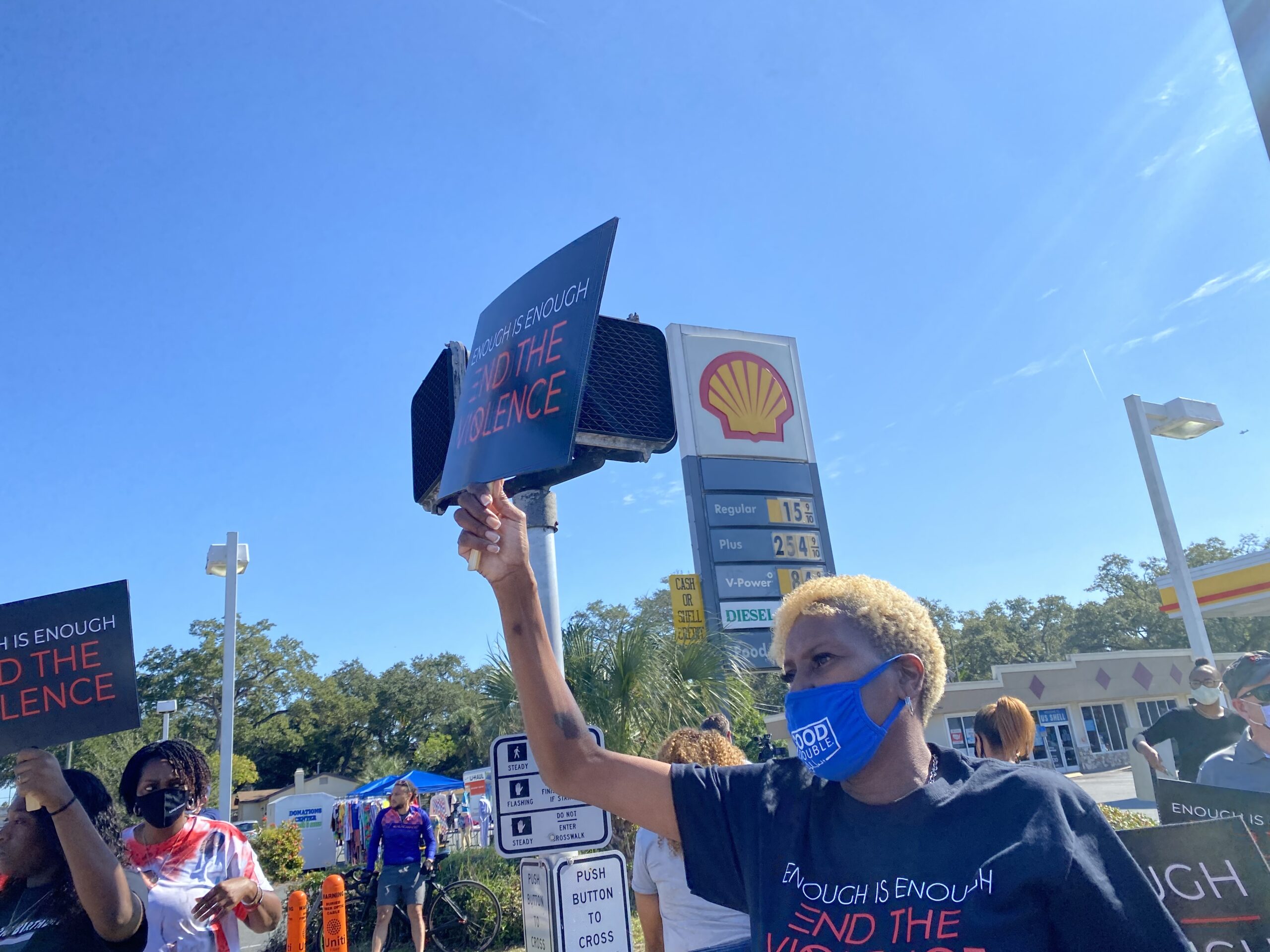 The movement comes just days after a 20-year-old Black man was killed on the city’s south side.

For a little over an hour, about 50 St. Pete residents stood on each corner at the intersection of 34th Street and 18th Avenue South. Many, like Marees Scott, have been personally affected by years of violence. Scott’s son, Marquis, a former Northeast High School football star, was killed a year ago, just a few blocks from where his father stood holding a sign that read “stop the violence.”

“I had just given him a bicycle and after I left, maybe 20 minutes later, some guys rode up and shot him and killed him,” Scott said.

Marquis Scott was one of 23 homicides in St. Pete in 2019. Thirteen of those deaths came from gun violence. The “Enough is Enough” movement comes after a particularly violent November that saw seven shootings and three deaths in the city. Violence was on full display last week when live streamed video caught a shootout between St. Pete police and Dominique Harris outside of a convenience store.

An officer was injured in the shootout and Harris died after being shot 38 times by police.

Councilmember Lisa Wheeler-Bowman, whose own son was murdered in 2008, said gatherings at convenience stores are part of the problem.

From each corner they chanted.

“Enough is enough. Enough is Enough.”

“Save our sons. Save our daughters.”

Councilmember Darden Rice was also on hand to say enough is enough.

“My heart is breaking. This violence, this string of tragedies, it’s too much it has to stop,” she said.

Deborah Figgs-Sanders, another St. Pete councilmember, said changing the culture of violence is going to take collaboration and cooperation at all levels.

Just after 1 p.m., the sign waivers marched their way back to the Shell station where they gathered. Huddling in a circle, Pastor Louis Murphy of Mt. Zion Progressive Missionary Baptist Church led the crowd in a prayer asking God for a little extra help.