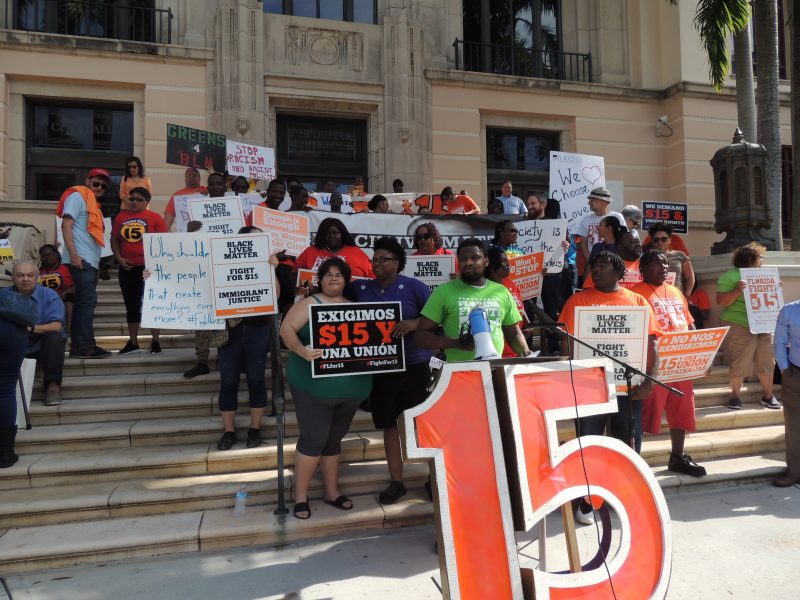 Over 200 part-time city workers will be seeing a pay raise next month – to $15 an hour, as a minimum, for all part-time employees, according to the city.

Currently, a $15 minimum wage is only guaranteed for all full-time city employees, and part-time workers who have been on staff for at least five years. That policy was first enacted in 2015, through a minimum wage ordinance approved by St. Pete City Council. But Mayor Ken Welch, who was sworn into office this January, says the city can do better.

In a statement released Thursday, Welch said, “Everyone deserves to earn a living wage whether they’ve been on the job for five years or five days. St. Petersburg led the way in 2015 to provide a $15 minimum wage and it is time we extend that to all employees, regardless of tenure.”

Aaron Dietrich of the SEIU Florida Public Sector Union, which represents city workers, said this latest announcement from Welch is an “encouraging step in the right direction.” In a statement, Dietrich said, “Union members have been fighting for a $15 minimum wage in bargaining with the city as early as 2012. We are very excited to see equity given to our part-time brothers and sisters in regards to pay.” The latest policy change, set to go into effect April 1st, will increase pay for 211 workers employed by the city. According to Dietrich, this will mostly encompass parks and recreational employees, seasonal workers, and crossing guards.

In 2020, Florida voters overwhelmingly expressed support for increasing the state minimum wage to $15 an hour by 2026. That widely popular ballot initiative, Amendment 2, got more support in the last presidential election than either President Biden or former President Donald Trump – with 6.37 million votes in favor in 2020.

This new pay bump from the city, which comes amidst an unaffordable housing crisis and increased cost of living in the Sunshine City, is essentially expediting that minimum wage increase approved by voters in 2020. It’s expected to cost the city $218,000 for the current fiscal year.