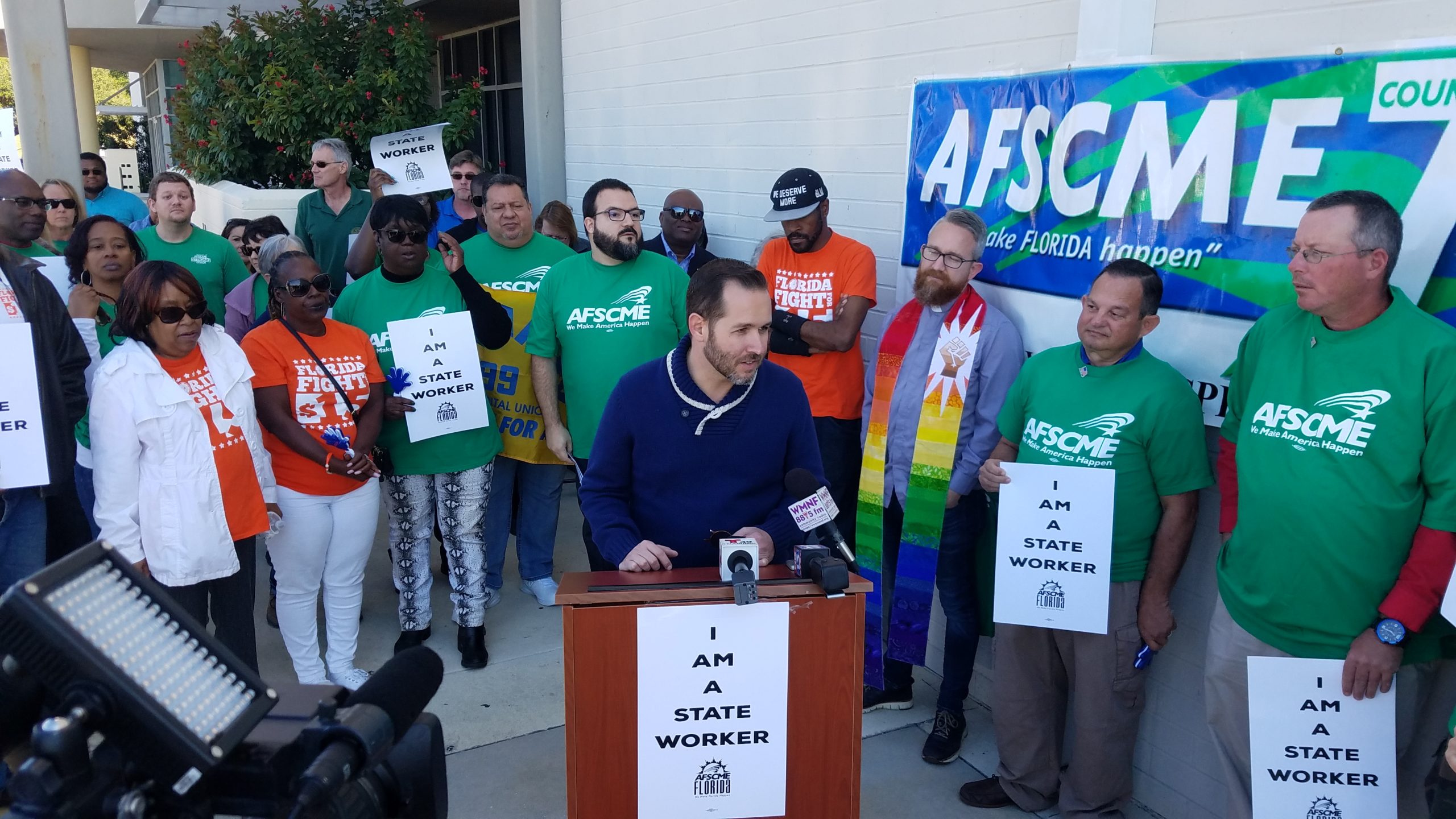 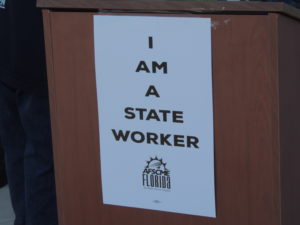 More than forty state workers and their allies rallied outside a state services office in Tampa Tuesday morning asking Florida’s governor and Legislature for better working conditions and fair salaries.

Felicia Bell is the union president of the AFSCME local in Orange County. She represents workers like those in the building behind her, the state Department of Children and Families office in Tampa.

Bell says that all workers, not just teachers, deserve a raise.

She was joined by other workers and allies like Hillsborough County Commissioner Pat Kemp, Tampa City Council members Guido Maniscalco and Orlando Gudes and other labor and religious leaders.

This rally in Tampa was part of simultaneous rallies in four cities across Florida Tuesday.

The workers are asking for a pay raise and better working conditions. Some held signs saying, “I am a state worker.”