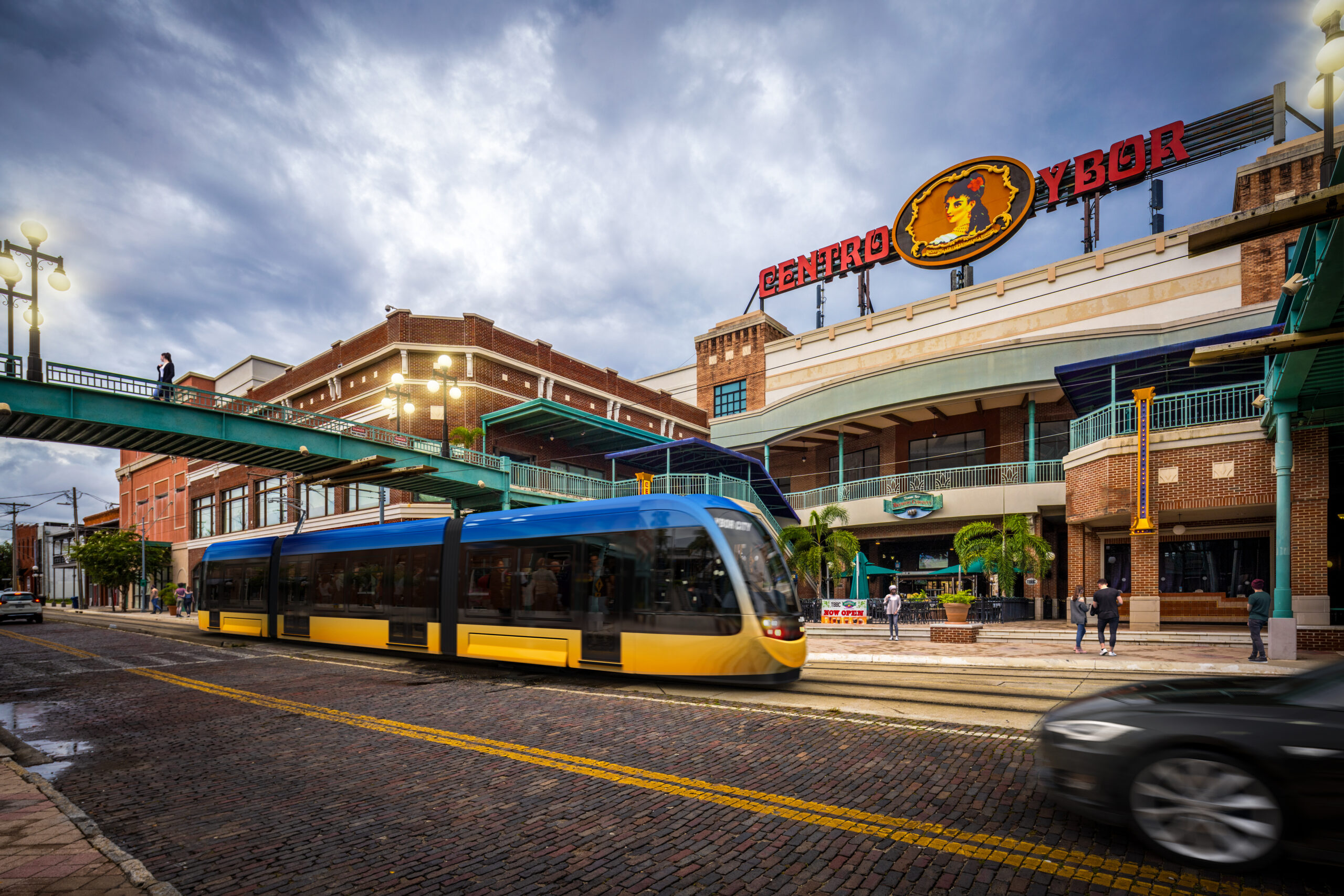 The Florida Department of Transportation Tuesday announced it awarded Tampa a $67.3 million grant for its streetcar extension and modernization project.

The City and the Hillsborough Regional Transit Authority hope the expansion will make the TECO Streetcar Line a viable commuter option in the city.

For Melanie Williams, access to public transportation is personal.

Williams grew up in Tampa near 30th Street and Sligh Avenue. She lived with her mother who was blind, her sister and father who was their caretaker.

But supporting a family of four on one income was tough. So, while attending Hillsborough High School, Williams got a job at a Burger King to help make ends meet. It was an opportunity she wouldn’t have had without HART.

“It was important that I help my family. We struggled,” Williams said. “And we need to make the best out of our lives and I had to do something. I relied on public transportation.”

Williams took a HART bus from school to work at Burger king and back home for years. Now, she’s a member of the HART board of directors and senior vice president of operations for Frontier Communications’ Southeast Region. Helping expand public transportation is a way of paying it forward for those might struggle like she did.

“By 2040 we will have 100,000 people living within walking distance of this streetcar system,” she said. “We will be able to have up and running – in short order – a system that will expand from this location here all the way down to Tampa Heights.”

Tampa’s mobility department director Vik Bhide said the grant is the largest transportation award the state has ever given the Tampa Bay region. But full funding for the $234 million project is still a ways off. The commitment from FDOT should mean the City has a shot at $100 million in federal funds, but that will depend on budgeting priorities of the incoming Biden Administration.

Another $67 million in matching funds is available, but locked up in legal battles over the All for Transportation tax. Hillsborough voters approved the one-cent sales tax in a ballot initiative and the money has been collected since 2019. But County Commissioner Stacey White challenged the tax’s legality. The funds exist, but are being held in trust and cannot be used to fund any projects.

The City hopes to complete the project by 2026 as long as funding can be secured.

“We have the ability to get it done. Again, quite often it is the funding that is the Achilles Heel.”

Tampa’s Streetcar system first ran from 1885 until the end of World War II. The yellow streetcars once carried up to 24 million passengers a year across more than 50 miles of track when the system peaked in the 1920s.

In the 80s an effort was started to revive the once prominent public transportation system. The 2.3 mile Heritage Line opened in 2002. The City also has plans to extend streetcar service out to USf, east to East Tampa residential and commerce areas, out to Westshore and the airport.

Michael English, Board Chair of Tampa Historic Streetcar Inc., said the extension would make the streetcar line more than a tourism and entertainment novelty.

“Today we are looking at turning the streetcar into a completely valid mass transit system,” he said.