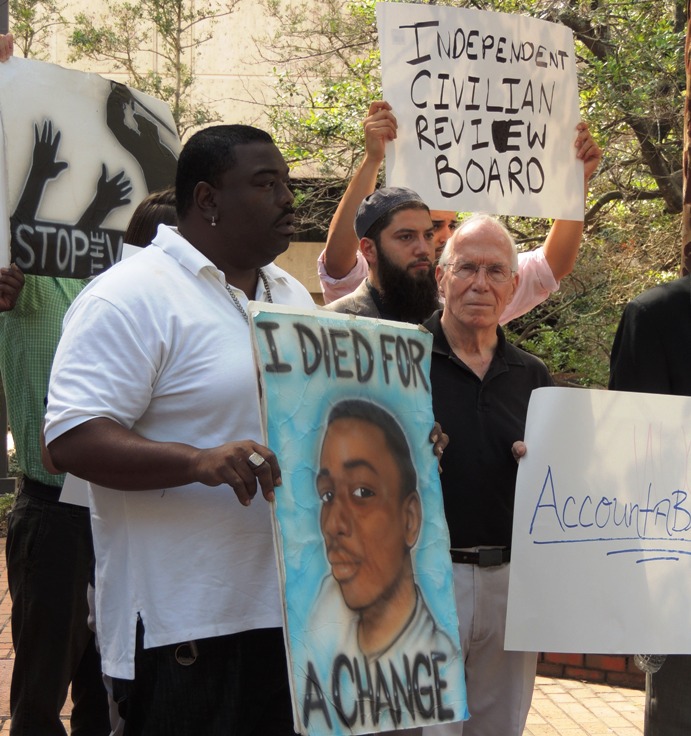 Last week the U.S. Department of Justice concluded that although the Tampa Police Department issued disproportionately more tickets to black bicyclists that it was not intentional and therefore not racial discrimination.

That study was done by Justice’s COPS program – Community Oriented Policing Services. We played a summary from the U.S. Attorney for the Middle District of Florida, Lee Bentley.

But a group called Tampa for Justice wants the Department of Justice to do a second investigation – this time through its civil rights division.

The Rev. Dr. Russell Meyer is executive director of the Florida Council of Churches and is co-chair of Tampa for Justice, he was the guest Monday on WMNF’s MidPoint.

Tampa for Justice is gathering signatures to get an initiative on the ballot to change the city’s charter.

Tampa Mayor Bob Buckhorn was asked if he would apologize for the racial disparities even though the policy didn’t cut down on crime, he declined to apologize.

Watch a segment of the show here: