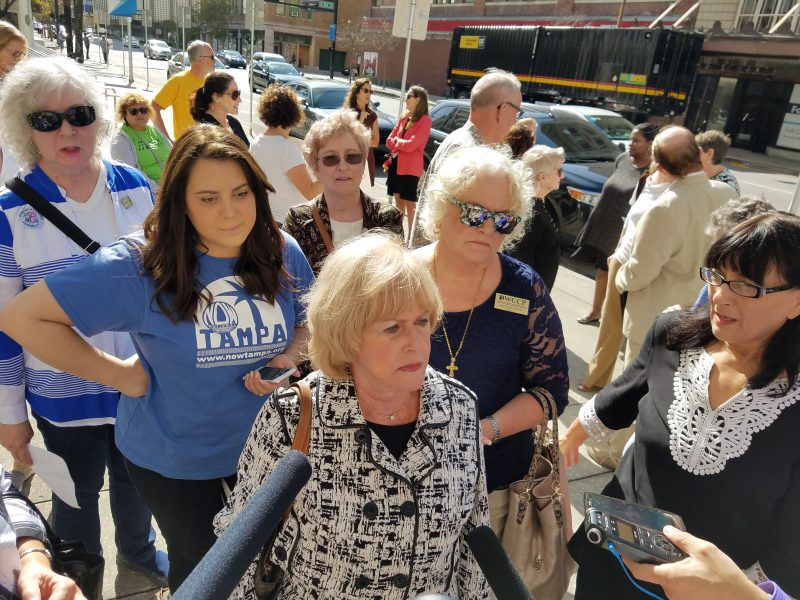 Several groups in Florida are asking Senator Bill Nelson to push for a delay in the confirmation hearings for U.S. Attorney General nominee Jeff Sessions; the groups say Senator Sessions has not provided enough information and has a history of racism.

Thirty people gathered at a press conference on the steps of the Federal Courthouse in downtown Tampa Wednesday morning, including Toni Van Pelt, president of the Institute for Science and Human Values. 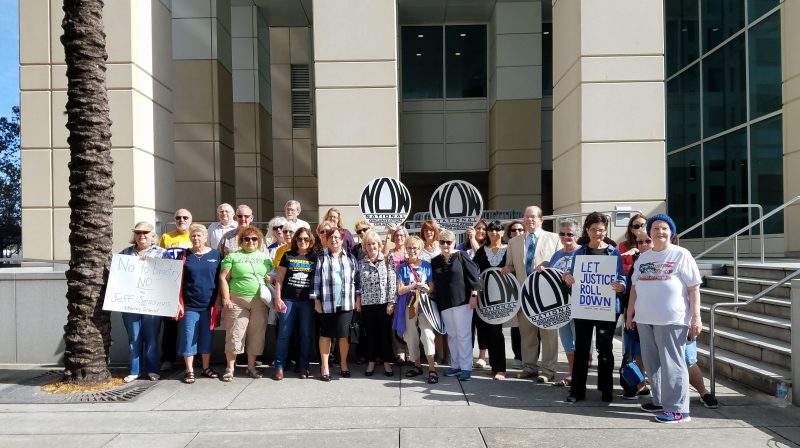 “He celebrated the gutting of the Voting Rights Act; opposed Same-Sex Marriage; denied the constitutionality of Roe v. Wade; voted against greater access to healthcare for veterans; blocked the Paycheck Fairness Act; and voted against the reauthorization of the Violence Against Women Act.

“He should not be the Attorney General of the United States of America.”

Van Pelt and a few others met with Bill Nelson’s staff in Tampa to urge him to reject the nomination of Jeff Sessions. Tori Taylor-Williams is president of the Tampa chapter of the National Organization for Women.

“He has an extensive history of being involved with racially charged controversies and I think his omission of over 117 items on his questionnaire has proven that he is hiding the fact that isn’t equipped to be the head of our Justice Department.”

WMNF News asked Equality Florida executive director Nadine Smith how Nelson could be effective in stopping Sessions since his party is in the minority.  Smith is an activist for LGBT issues and is African-American. 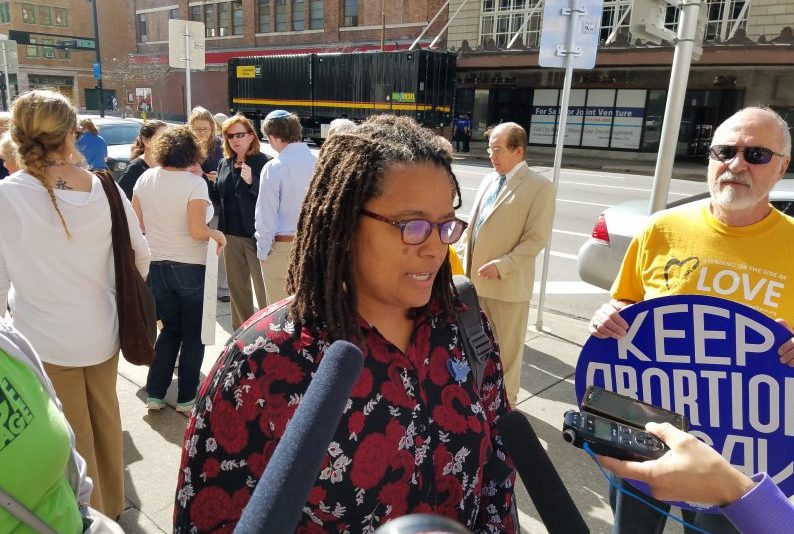 “Well, I know a little bit of something about being in the minority and being able to change a country. He may be in the minority, but, he’s also respected and he can set a tone. I think that there are, not only Democrats willing to fight back, but Republicans seeing the grotesque overreach, the disgusting cabinet choices that are being put forward, as though this kind of white supremacist, anti-woman, racist, anti-immigrant– all of these attitudes, that ought to be repellent to Americans, are being put forward as though they are normal.

“I think there are Republicans who are going to stand with those Democrats that show the courage to truly fight back and demand what ought to be– just ought to be what we expect. This should not be an extraordinary thing we’re asking for.

“So, I think that Senator Nelson, perhaps, more than other Democrats because of his reputation, because of his history, can be a voice that pricks the conscience of some of his colleagues on the other side of the aisle.”

On Tuesday the NAACP national president and five other civil rights leaders were arrested in Mobile, Alabama during a sit-in at the office of Alabama Senator Jeff Sessions. They are demanding he withdraw his name for consideration for attorney general. They cite his opposition to the Voting Rights Act, history of racist comments and support for legislation that would harm immigrants.

Here’s video of the press conference:

Here’s video of the interview with NOW: