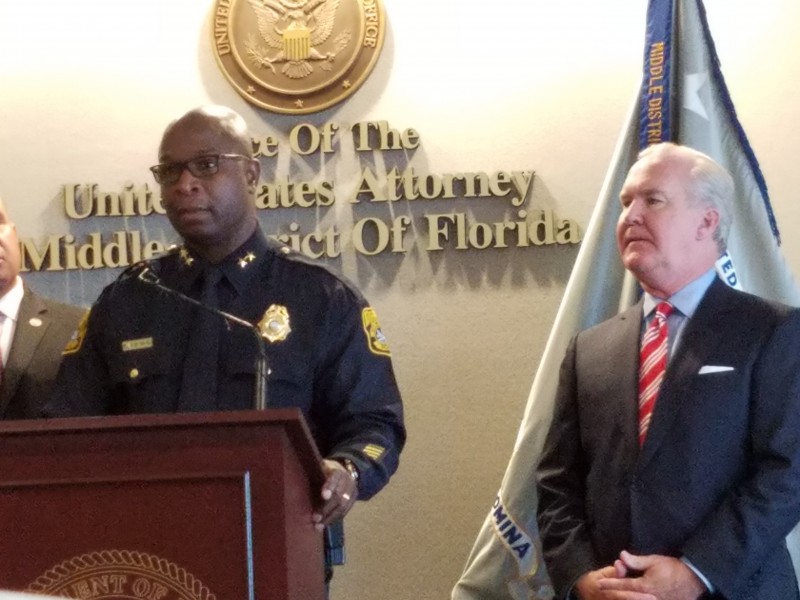 “So, now that we have the report back, we can plan and to anticipate in the purchase of these cameras. The first installment–to equip the guys and patrol with those cameras–I believe it’s $750,000. And there’s a recurring fee, just for storage alone, of about $550,000 a year, depending on how much data we store. It can increase or decrease based on the deletion of the video or the storage.”

Earlier in the meeting during public comment one person spoke in favor of increasing use of body cameras by Tampa Police. Cyril Spiro is running for the Tampa City Council seat currently held by Lisa Montelione, who is running for State House.

“The best way to protect citizens from wayward officers and to protect good cops from bad people, is for officers to wear body cameras. The cameras put their wearers on alert that they will not get away with bad behavior and they also show judges and juries when a bad person forced a good cop to take protective action.

“The Pasco Police force has been using body cameras very successfully. A deputy sheriff there recently told me that the department has been accused of using excessive force to kill a dog. However, body camera footage showed that the owner had commanded the dog to attack the police.

“Currently, 60 out of 1,000 Tampa police field officers are wearing body cameras. They are participating in a study conducted by USF, to determine if the cameras are helping.”

Spiro says Buckhorn should have included body camera funding in his budget. Tampa Police Major Mike Baumeister says that police who wear body cameras shall turn them on under certain circumstances.

Baumeister says in other situations officers use their discretion in whether to turn the camera on or not.

“And these shalls are traffic stops, pursuits–whether be vehicle or foot, potential confrontational incidents, physical arrests, response to resistant situations, suspicious vehicle/persons calls, in-custodies–if you’re going to interview with Miranda, alarm responses and building checks and just some catch-all: if the officer feels it’s gonna benefit the case and those are the shalls.”

Council has been getting updates ever since a Tampa Bay Times investigation found that black bicyclists were disproportionately ticketed and stopped by police.