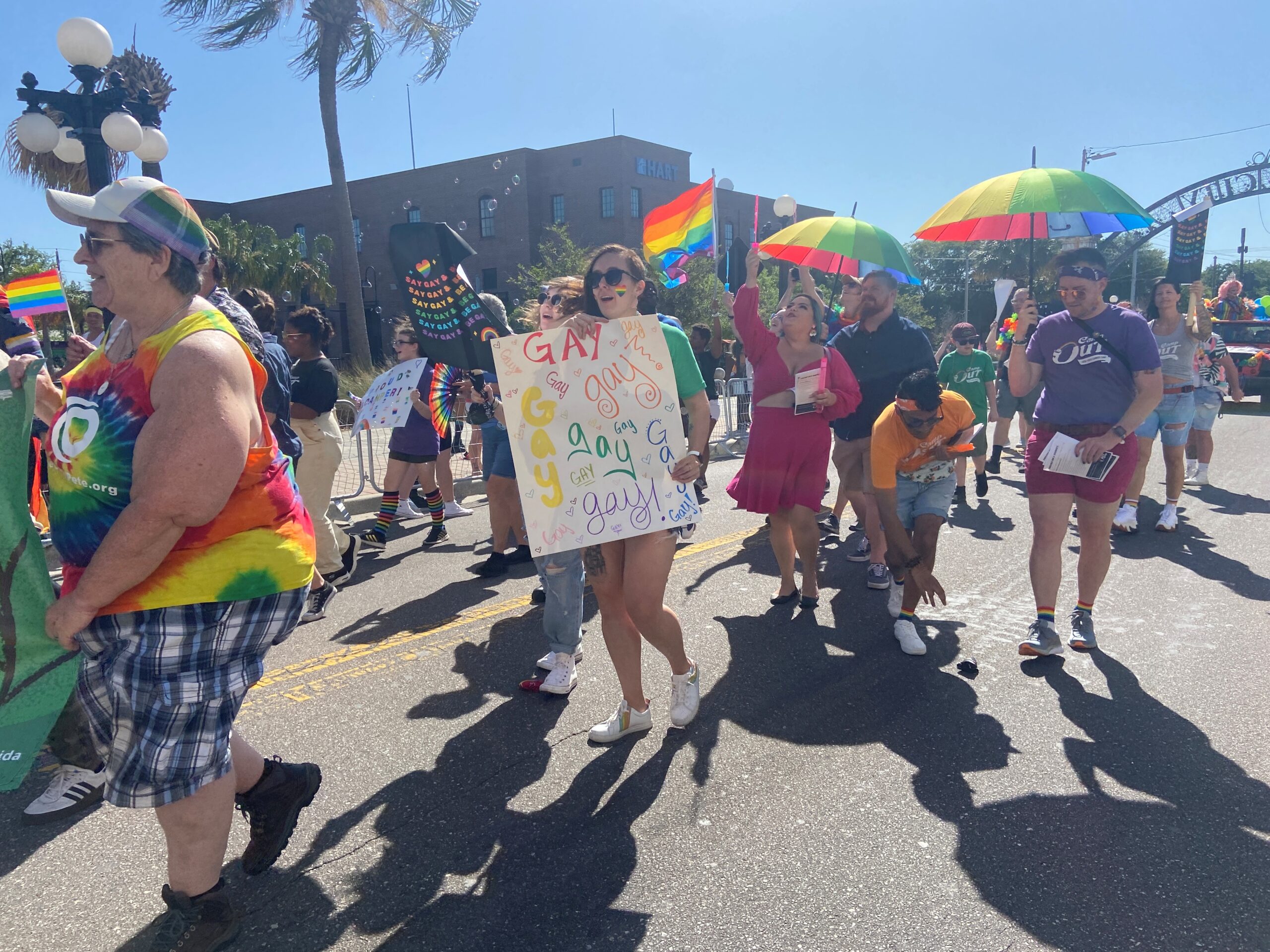 The Tampa Pride Diversity Parade and festival took over Ybor City this weekend.

Free HIV testing for all attendees, along with local businesses offering information, food, and merchandise met an enthusiastic crowd on Saturday. Many groups flew the Ukrainian and rainbow flags to show support and solidarity with the war-torn country. The Tampa Pride Band and Hillsborough High School’s band recognized the need for solidarity by playing their renditions of Lil Nas X’s “Industry Baby.”

Responding to what opponents call the recently passed “Don’t Say Gay Bill” many in the crowd held signs or wore shirts that said, “we say gay,” or chanted “gay” along with the crowd.

Mayor Jane Castor and former Mayor Dick Greco were among the many public officials in the parade thanking the community for being there. Newly sworn-in Tampa Police Chief Mary O’Connor drove slowly while waving to attendees. Hillsborough County Sherriff Chad Chronister stopped for multiple selfies during the parade.

Tampa Pride and Diversity Parade President Carrie West said the organization works “very heavily with government, and working with different things that could transpire to keep everyone safe,” and safe it was. The festival and parade had a strong police presence.

Various news sources estimated the crowd size to be in the thousands, although it felt a little light this year. Adults, children, and college students lined 7th Avenue and cheered for all the floats and organizations, with the loudest cheers going to those who threw the most beads.