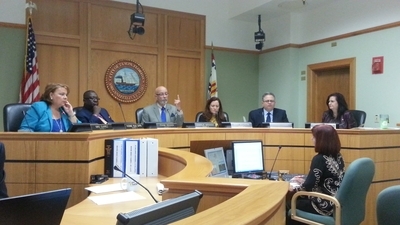 Tampa has decided against earlier closing times for bars: plans to hold a workshop on the proposal to change closing from 3 am to midnight was narrowly defeated amid public outcry. The idea could resurface if a committee of stakeholders is formed. Council member Mary Mulhern was in the minority in voting to support a workshop, though she acknowledged a time change would likely be defeated.

“I don’t think anybody we heard from here who works in the bar and restaurant business would be affected, necessarily be affected, by this ordinance. Every bar that is now open later than midnight, or restaurant, would be grandfathered in and would not lose that. So people need to realize that no one is going to lose the rights and the hours that they have now if we were to pass this which clearly is probably not going to happen today. I think people need to understand that, if you have the right to sell alcohol until 3 AM or later or earlier you would not lose that if we had passed this ordinance. The other thing I wanted to say was that I think someone made a really good point that ‘what is the problem that we’re trying to solve?’ and that may be something that I think we need to clarify that and we can work on that at this workshop in February; what are the problems? But I think we heard predominantly from people from Ybor today, maybe at least 50%, it’s not just that district that we and our citizens have problems with and some of where we hear the most complaints from neighbors and we heard one of them John Jones here today is the Soho area. The problems aren’t limited to Ybor and the problems that we have there are not just about big nightclub venues. They’re about restaurants that are actually operating as bars. Part of the problem with that is the hours. So hours of operation are a problem that our citizens have been begging us to address and we’ve been having a hard time doing that. So I think you need to know that I am not ready to kill this. This is something that, I’ve been on Council for seven years now and we’ve heard from many, many people and we’ve seen neighborhoods, I’ve seen my neighborhood completely, the character of it change from being just a mixed use retail corridor on Howard to being a bar district, so we do have some real issues that we have been asked to deal with and I think that we’re going to have to go forward and do that.”