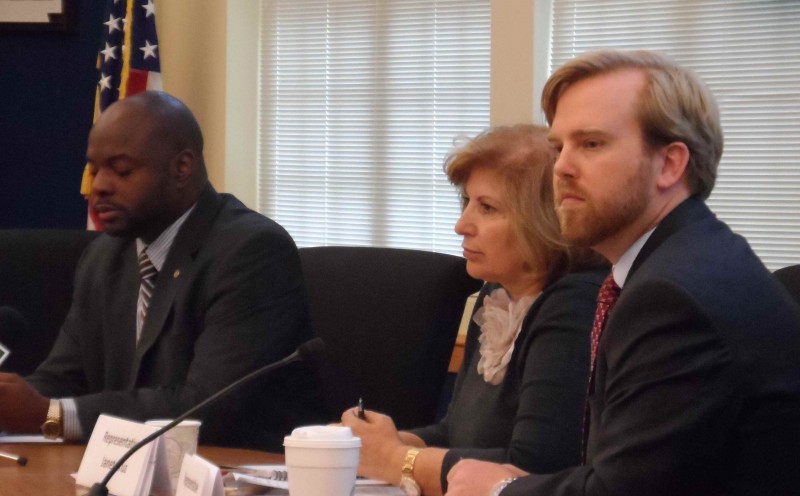 This month Governor Rick Scott announced an agreement with the Seminole Tribe of Florida to expand gambling in South Florida and bring in $3 billion to the state over seven years.

To find out what some state representatives from Tampa think about the newly-negotiated legalities of gambling in New Jersey, compact WMNF News asked Republican Jamie Grant and Democrat Ed Narain.

Here’s what Narain had to say:

“You know, I’m in the camp that doesn’t really believe in expanding gaming any further in the state of Florida. And I understand we needed to renew the Seminole Compact but it’s really unfair to allow certain counties – West Palm Beach – that had a referendum and said, ‘yes, we want gaming here.’ But then you have a city and a county like Gadsden County, with the city of Gretna, that also had the same referendum passed but we’re not doing the same thing for them. So I think the governor has chosen winners and losers and I don’t think that’s fair.”

Will the US legalise sports betting?. And how would that affect Hillsborough County with the Seminole gaming here?

“Well, what you’re doing is you’re expanding it. But you’re not taking into a fact Derby Lanes, for example, which is right here in our backyard that they have a limited amount of gaming. But you’re not creating the parity that was in place before under the old Compact. So when a person that chooses to game has a choice they’re not going to go to Derby Lanes when they could probably go to the casino down the road and have expanded gaming options like blackjack and craps.”

And how much do you think that money came into play in this?

“Oh, money always comes into play. I would imagine that the increased revenues that are going to come to the state as a result of this deal is the driving factor behind this.”

This is Republican Jamie Grant:

“Candidly, I have not gone through it all the way. I’ve seen some of the high-level stuff. I think some of the issues you’re going have is some of the large gaming interests versus the small gaming interests, some of the regional dynamics that exist. And then the camp, like myself, who don’t want to see gaming expanded. I think that voters should have a say. And I think we have to understand that we are a gaming state, there’s no way to pretend we’re not. That fight ended in 1992. But do we want to see that expanded and what impact does that have on our communities? So I think you’ll see kind of those camps going through to say, ‘look, how do you find compromise when one camp says, ‘no expansion,’ somebody else says, ‘well, we’ll agree to this if there is a little bit of expansion, but it’s just for us,’ and somebody else says, ‘well, we’ll agree if there’s a little bit, but it’s not for them, it’s for us.’ I think that’s going to be the challenge with the Compact and trying to bring everybody to the table and maybe, hopefully get to a place where there’s a landing spot that can have everybody a little but unhappy but is a prudent decision and good policy for the taxpayers of Florida.”

How does revenue play into an agreement like that?

“There’s a small group of legislators who would say, ‘I think the budget’s too big, that we spend too much money.’ I fall into that camp. I think we could streamline and make government more efficient. At the same time you have 160 legislators and a governor who all have different financial priorities. So, the governor has his budget and members of the legislature will have their priorities in the budgetary process. So when there’s additional revenue it certainly makes it easier for those legislators to say, ‘look, I want this funded or I want that funded.’ So, certainly anytime the revenue goes up life tends to be better in Tallahassee. I got elected in a multi-billion dollar shortfall. That was not necessarily easy, right? Because we have to balance the budget. We should, principally, but constitutionally we have to. That’s harder to do when there’s a shortfall than there is when there’s a surplus. So I think that anytime you’re adding revenue you’ll certainly get more buy-in in Tallahassee.”

To take affect it has to be ratified by the Florida Legislature.

Information from the AP was used in this report.