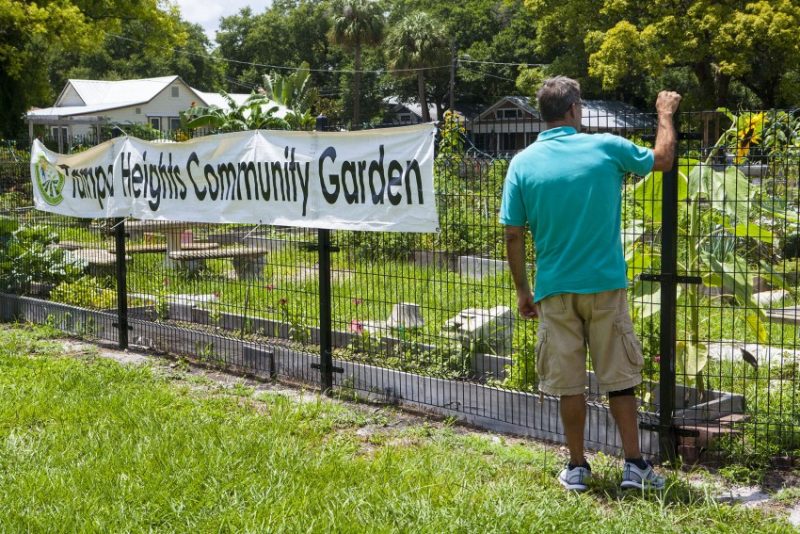 Members of civic groups in Tampa Heights are crying foul about the results of an inspection of a community center they renovated in an abandoned church. The Tampa Heights Junior Civic Association suggests that the City of Tampa and Florida Department of Transportation (FDOT) are retaliating because many people in the community north of Ybor City are fighting against proposed “TBX” toll lanes and interstate highway expansion in the neighborhood.

“Oh, yes. Yes. Yes, it is. It’s a total retaliation. You’ve got to remember, now, we’ve been doing this project for five years. FDOT never came out to look at the project. Actually, when we started the project – when we did a ceremony reception for the community garden – FDOT was even out there. So FDOT was well aware of what we were doing when we sat down at the table and finalized the lease agreement. They knew exactly what we were doing. Their concern was to insure that we don’t bring the property back up to Historical District (standards). That was their concern. Which I don’t think we did. We didn’t put the stained glass windows back in there. All we did was put some plywood and had an artist come in and draw a fictitious stained-glass window (laughs) on plywood.”

The building is owned by the city on an FDOT easement, but Sneed says the civic association signed a 25-year lease with then-Tampa Mayor Pam Iorio in 2008. He says the group will continue to serve 120 kids every year even though the city issued a cease and desist order to stop construction of a sound room where music is taught and a kitchen where food from the community garden is prepared.

The City of Tampa economic opportunity administrator told WMNF News he was not available to be interviewed Wednesday. Bob McDonaugh told ABC Action News that both parties have a “legal obligation to follow the rules in the lease.”