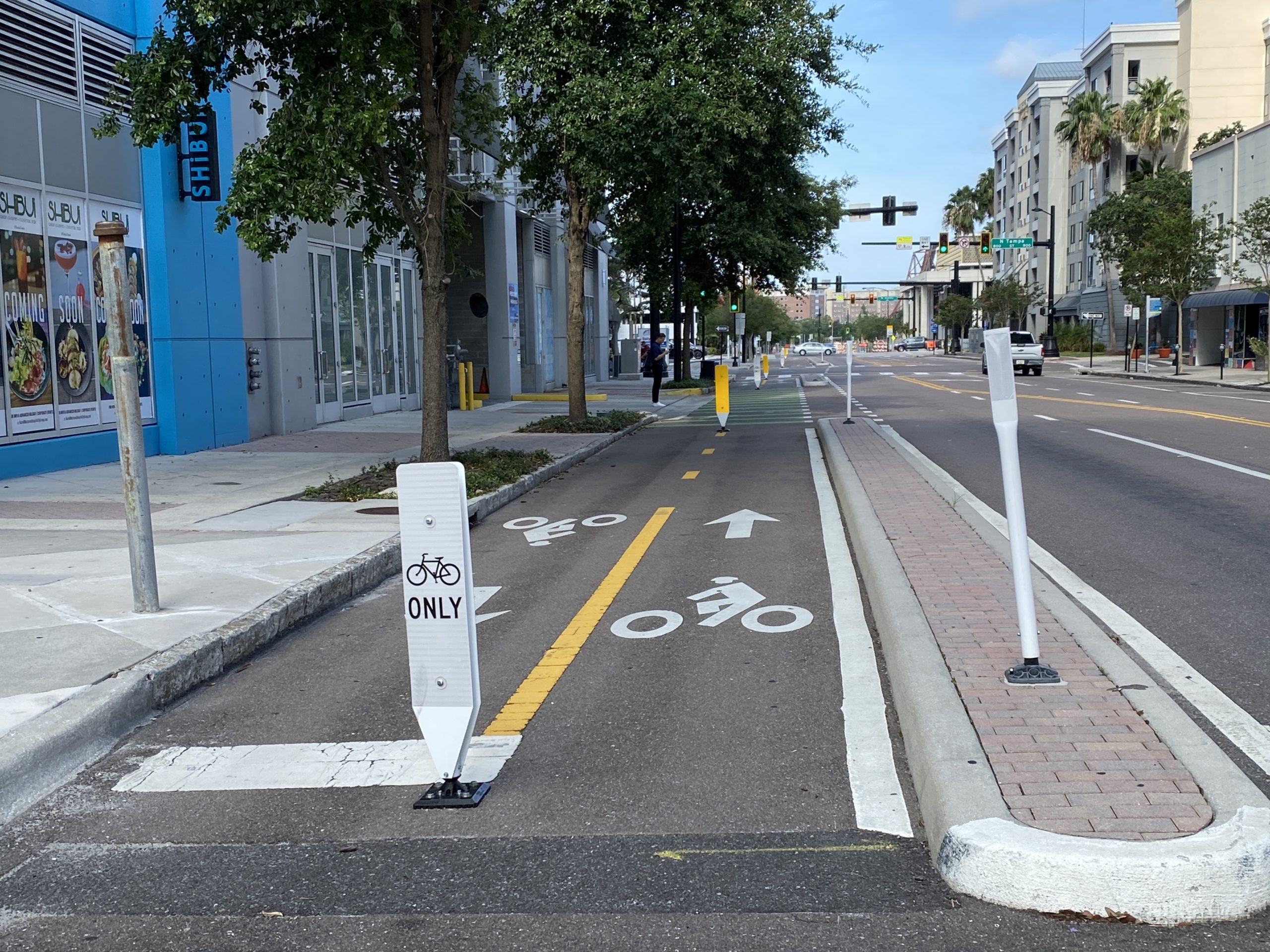 Work is progressing on Tampa’s Green Spine Project. The project is part of the InVision Tampa Plan, with its goal of safe and accessible bicycle connections between the Central City neighborhoods, Downtown, and the Tampa Riverwalk.

When completed, the project will include 3.4 miles of urban trail/cycle tracks  that connect the neighborhoods of North Hyde Park, Downtown, Ybor and East Tampa. It will have 2-way cycling lanes with 3 foot separators between the lanes and the streets. Also, both sides of the streets will have 5 to 6 foot sidewalks for pedestrian use.

The trail’s path starts on Cass Street at Howard Avenue, and continue along Cass Street through Downtown to Nebraska Avenue. It will then connect with Nuccio Highway to 15th Street, and end at Cuscaden Park at 15th Street and 21st Avenue.

The phase 1, Downtown section along Cass Street, has been completed. Phase 2, to the west, is currently under construction and is coinciding with the stormwater drainage improvements. The City expects to have part of this section, from Downtown to Rome Avenue, completed by the summer’s end. The construction on the phase 3A section, which will extend the trail into Ybor has not begun yet, but the City of Tampa is presently requesting bids from construction firms.

The expected completion date for the entire project is 2024. 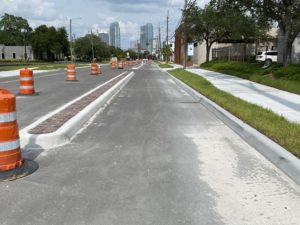