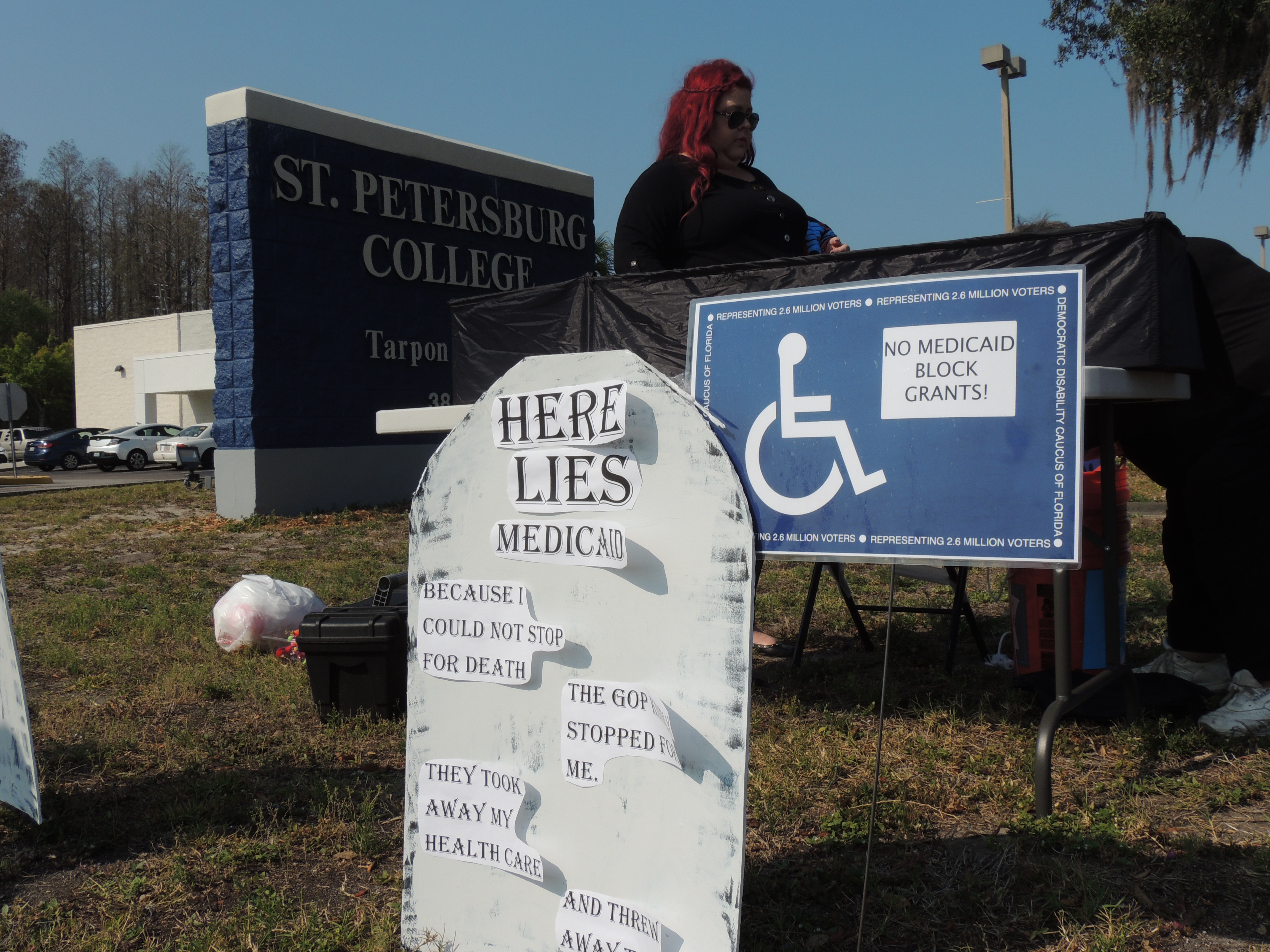 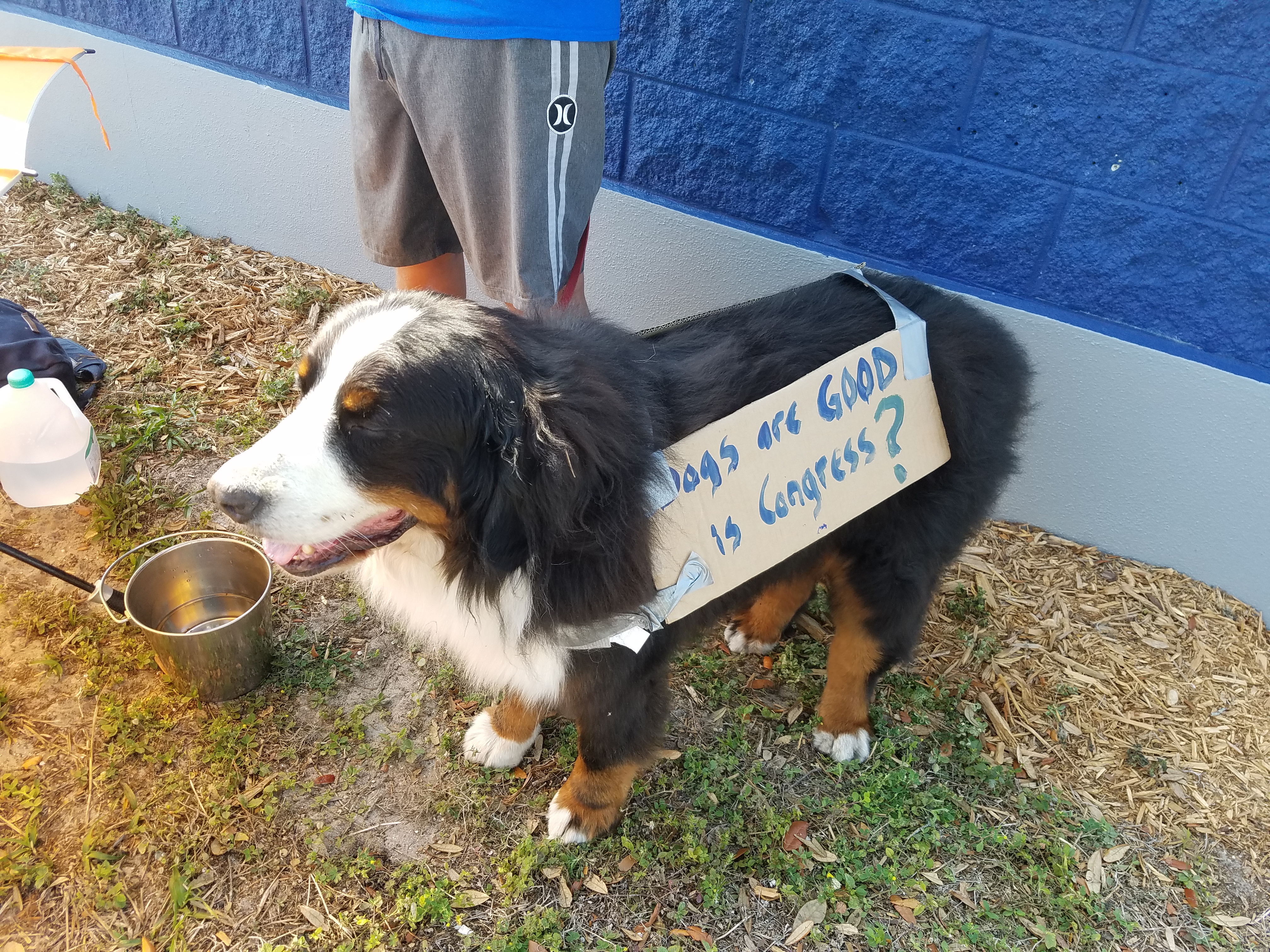 “It’s been shown, many times, that a child who is covered under Medicaid misses fewer days of school, does better in school, [is] more likely to graduate high school and attend college, makes higher wages as an adult, is healthier as an adult and pays more taxes.

“This awful non-health, non-care act, that’s being voted on today would gut the Medicaid system and states would be losing millions of dollars in what is now guaranteed federal money and would no longer be.

“It’s unavoidable that states would either have to raise taxes, cut payments to providers or more likely ration care. And some of that rationed care would mean our kids would lose their insurance.”

And finally, who’s your member of congress and do you have a message for him or her about the vote today?

“Yes, I do. My member of congress is Gus Bilirakis. He’s a very nice man, but, he has told me he intends to vote for this awful act. What I call the “Awful, Half-baked, Corporate-welfare Act.” Because the point of this Act is to give a tax break to the wealthiest Americans and provide corporate-welfare. That’s the rationale. It’s not about care, it’s about a tax break for people who don’t need the money. And the result will be fewer kids and fewer working families that are covered. So, I urge Congressman Bilirakis to vote against the AHCA.”

Carrolwood resident Ace Williams is a singer and performer. He has a pre-existing heart condition and couldn’t find insurance on the private market before Obamacare.

“I got covered through the ACA and I was able to get my heart medicine and my treatments for my heart diagnostics and everything. Now I’m kept at a good situation in my life so I can succeed, so me and my wife can have a good life together. Now all that stands in jeopardy. If this ACA is repealed and replaced with something a lot more expensive, to where it’s impossible to even buy it or if they just repeal it altogether, then my whole health stands in jeopardy. I might stand in jeopardy of getting a stroke or heart attack or even worse. You know, I could die from the effects of that.”

People say that the reason they want to replace it is because they think the free-market will help out. It will help reduce the cost for, especially for young, healthy people. The costs might go down. What do you think about that?

“I think that’s a mistake because the professionals that have done the numbers and have talked about this have [disproved] that claim. They have also said that the rich will benefit from this replacement. Only the rich people that make $200,000 a year will actually get money back and the poor people have to pay 4-times the amount of coverage just for the same thing.”

The group demonstrated in front of the office of Republican Congress member Bilirakis. They held a press conference in front of a mock coffin and carried signs saying things like “Save our health care” and “No block grants. No caps.”

House Republicans plan to meet Thursday night to consider the next step, after postponing a House vote today on their health care bill, the American Health Care Act (AHCA).

In an email Wednesday, a Bilirakis spokesperson told me he “supports AHCA as a more viable path but views it as a work-in-progress.”

Video of the press conference: