Home Blog Blog The Food Of Dictators. The Music Of Love. 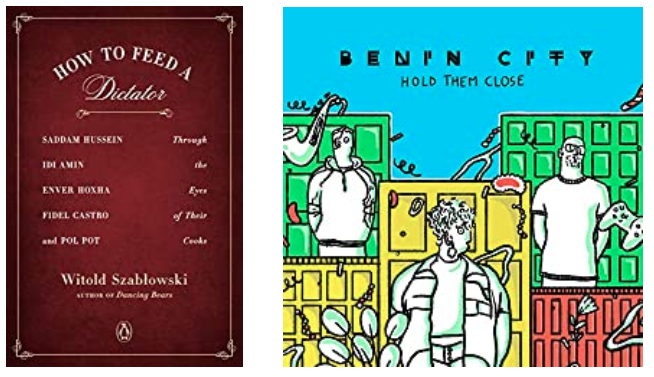 Imagine you have the task of cooking meals for a dictator? What was Pol Pot eating while two million Cambodians were dying of hunger? Did Idi Amin really eat human flesh? And why was Fidel Castro obsessed with one particular cow? Traveling across four continents, from the ruins of Iraq to the savannahs of Kenya, award-winning journalist, Witold Szabłowski tracked down the personal chefs of five dictators known for the oppression and massacre of their own citizens—Iraq’s Saddam Hussein, Uganda’s Idi Amin, Albania’s Enver Hoxha, Cuba’s Fidel Castro, and Cambodia’s Pol Pot. Witold listened to their stories over sweet-and-sour soup, goat-meat pilaf, bottles of rum, and games of gin rummy. Witold Szabłowski joins Norman B to talk about his remarkable book, How To Feed A Dictator – Saddam Hussein, Idi Amin, Enver Hoxha, Fidel Castro, And Pol Pot Through The Eyes Of Their Cooks.

Over the last few years, London-based musician and spoken word artist, Josh Idehen has made frequent appearances on Life Elsewhere. First representing his band Hugh and their sublime music, then, more recently as part of Benin City, a three-piece with Tom Leaper and Shanaz Dorsett. “The name Benin City was chosen” says Josh, “because I grew up there, even though I was born in London and we are two-thirds black and two-thirds gay, so it seemed to fit.” It’s the slightly irreverent attitude that comes to the fore in their music. Benin City doesn’t shy away from expressing their opinions, yet they cleverly manage to concoct catchy popish sounds to do it. Their latest single, Hold Them Close was written over a year ago, long before Covid-19. While in isolation, they determined the sentiment of the song was exactly what everyone needed – Hold Them Close. In our conversation, as is typical when talking with Josh, we quickly diverted off into a tangent about politics and the responsibility of governments in the UK and the US. In listing major concerns, Josh touches on a topic not well known outside of the UK, the Windrush scandal a 2018 British political issue concerning people mostly from Jamaica and other Caribbean islands who were wrongly detained, denied legal rights, threatened with deportation, and, in at least 83 cases, wrongly deported from the UK by the Home Office. Our conversation with Josh Idehen and Tom Leaper was recorded via Zoom and will be available soon.

If you miss this broadcast, no worries, pop on over to the WMNF archives