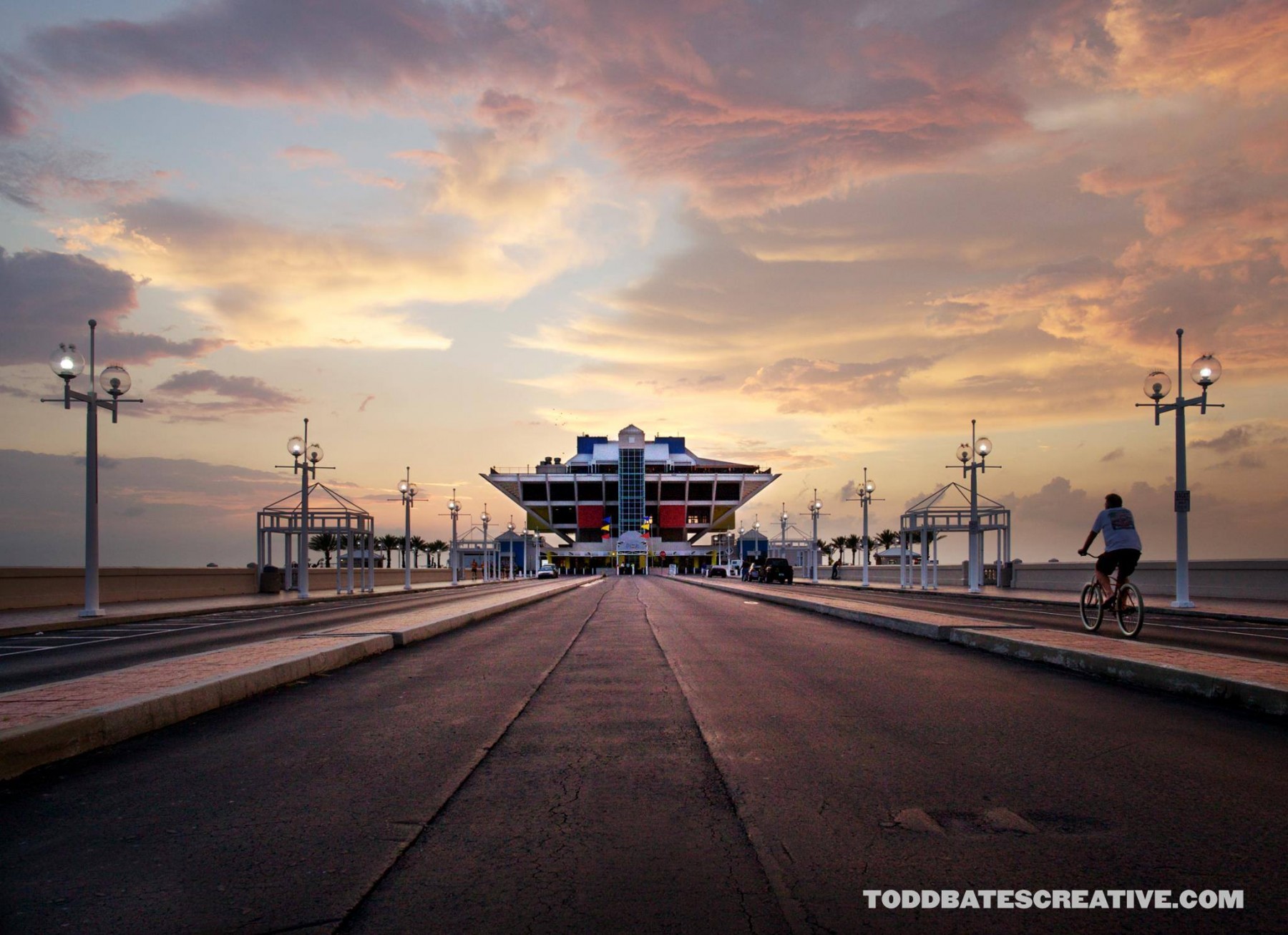 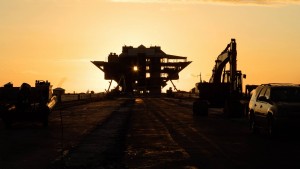 The inverted pyramid version of the St. Pete Pier was built in 1973, and was demolished in 2015.

At long last, I’ve got my time-lapse of the St. Petersburg Pier demolition up. Over a 4-month span I shot 3960 50mp images to compile this video. It was quite the learning experience for me and very much a challenge, as I set up dead-center in the middle of the approach to the pier, so there were many instances where my shooting was interrupted and I had to start over. Please be sure to watch with the HD setting on… better yet, if you’ve got a 4K display or Retina display, select 2160p. Enjoy and please share!

You can see more of Todd’s work here. 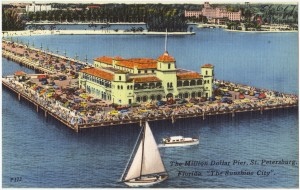 The first fancy pier in St. Pete was called the Million Dollar Pier. It was dedicated in 1926, and knocked down in 1967. Prior to that was the Municipal Pier, which brought in the first bathhouse, solarium and beach. That was preceded by the Electric Pier, named after its trolley tracks. And it all started with the Railroad Pier, which brough tourists and sightseers to the as-yet-unincorporated St. Petersburg in 1889 (according to Alma Wynelle Deese, author of  St. Petersburg, Florida: A Visual History).

Here is a nice shot of the pyramid, to remember it by… 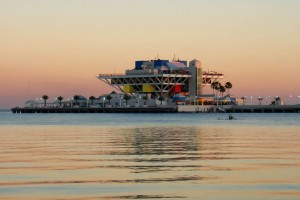 (full disclosure, I worked and played at the pier for years, and was sad to see that nutsy inverted pyramid get taken down)