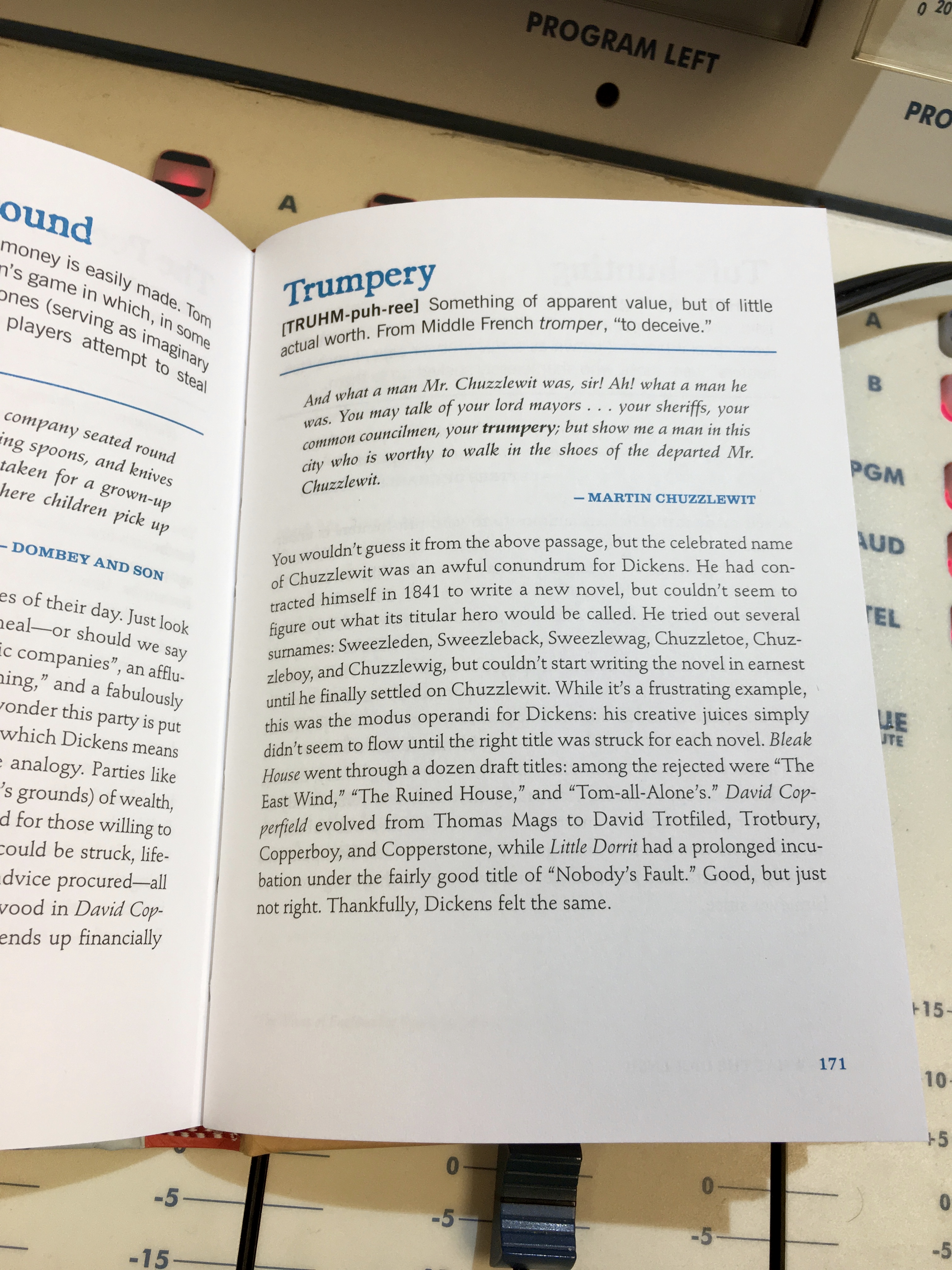 “Charles Dickens would have had a fine time with Mr. Trump.” Says Bryan Kozlowski, adding, “He liked larger than life people, Mr. Trump could easily be a character out of a Dickens’ novel!” Kozlowski, is a self-admitted bookworm, a Dickens devotee, and a member

of the Dickens Fellowship.He has written many articles on the life and legacy of Charles Dickens, his latest book, What The Dickens?! Distinctly Dickensian Words And How To Use Them is a literary romp through the twisty alleyways of Victorian vernacular. Bryan skillfully follows the etymological trails of 200 words penned by Dickens. He digs deep into the canons of Dickens, finding unusual words and phrases and explains their origins, use and offers pithy commentary on words like Tintinnabulation, Gormed, Humbug, Swipey, Cag-maggers, Spanker and of course Trumpery. Bryan Kozlowski joins Norman B to discuss What The Dickens?! on the next edition of Life Elsewhere.

*Trumpery:  [TRUHM-puh-ree] Something of apparent value, but of little actual worth. From Middle French tromper, “to deceive”