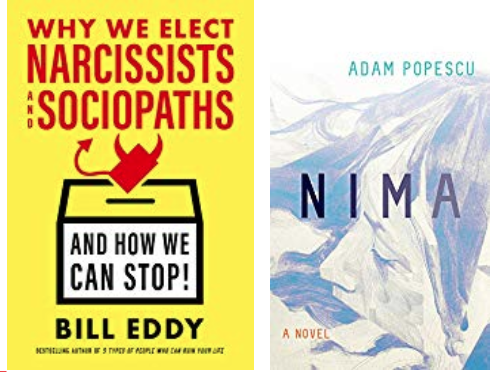 It would be reasonable to presume by the title, Why We Elect Narcissists And Sociopaths – And How We Can Stop is yet another book determined to explain how Donald J. Trump became President of the United States. But, bestselling author, therapist, lawyer, and mediator Bill Eddy accomplishes more by describing how dangerous, high-conflict personalities have gained power in governments worldwide – and what citizens can do to keep these people out of office. Eddy suggests democracy is under siege. He says the reason isn’t politics but personalities: too many countries have come under the sway of high-conflict people (HCPs) who have become politicians. Most of these high-conflict politicians have traits of narcissistic personality disorder, antisocial (i.e., sociopathic) personality disorder, or both. HCPs don’t avoid conflict, they thrive on it, widening social divisions and exacerbating international tensions. Drawing on historical examples from Hitler, Stalin, Mao, and Nixon to Trump, Maduro, and Putin, Eddy shows how HCPs invent enemies and manufacture phony crises so they can portray themselves as the sole heroic figure who can deal with them, despite their inability to actually solve problems.

Nima is a young Sherpa woman living in the foothills of the Himalayas, a range so immense and place so isolated it is impossible to imagine anything existing beyond it. Nima and her sister are both betrothed to Norbu, a local Sherpa, but when Norbu stuns both families by only wanting to marry Nima, she flees her father’s wrath and the destiny that had been arranged for all of them. Disguised as a man, Nima seeks work and is hired by an American journalist to guide their small group up to Everest Base Camp. The journey is treacherous, and Nima challenges every restriction her culture places on her gender while balancing the duties of her new role as a guide. Popescu brings to life the many contradictions of the region through the eyes of Nima: trails strewn with litter overlook majestic views, Buddhist clarity is marred by sexual oppression and a tourism industry that fuels the local economy also threatens to destroy it. Adam Popescu’s harrowing yet poignant debut novel is all the more intriguing because he convinces the reader these are not his words and thoughts but those of17-year-old Nima.

Order NIMA directly from Unnamed Press and they will donate 20% to the Apa Sherpa Foundation, which provides free hot lunches to schoolchildren in rural Nepal and pays their teachers’ salaries.