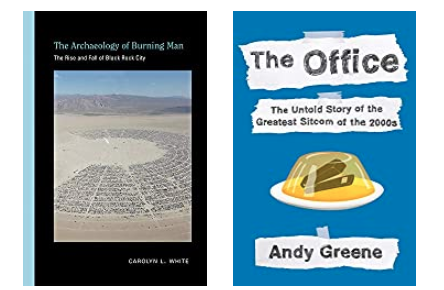 Each August staff and volunteers begin to construct Black Rock City, a temporary city located in the hostile and haunting Black Rock Desert of northwestern Nevada. Every September nearly seventy thousand people occupy the city for Burning Man, an event that creates the sixth-largest population center in Nevada. By mid-September, the infrastructure that supported the community is fully dismantled, and by October the land on which the city lay is scrubbed of evidence of its existence. For nearly a decade Carolyn L. White has employed archaeological methods to analyze the various aspects of life and community in and around Burning Man and Black Rock City. With a syncretic approach, this work in active-site archaeology provides both a theoretical basis and a practical demonstration of the potential of this new field to reexamine the most fundamental conceptions in the social sciences. Ms. White talks with Norman B about her scholarly and fascinating book, The Archaeology of Burning Man – The Rise and Fall of Black Rock City.

Carolyn L. White is a professor in the Anthropology Department at the University of Nevada, Reno.

“How could a quintessential British TV sitcom, reimagined for an American audience become a massive success and a cultural phenomenon?” Rolling Stone senior writer, Andy Greene was expecting the question. In his explorative book, The Office – The Untold Story of the Greatest Sitcom of the 2000s, Greene takes readers behind the scenes of their favorite moments and characters. He gives the true inside story behind the entire show, from its origins on the BBC through its impressive nine-season run in America. Andy explains how NBC wanted to pull the plug after just six episodes and the failed attempt to bring in James Gandolfini as the new boss after Steve Carell left. He also agrees the incredible, genre-redefining show created by the family-like team, took a quirky British import with dicey prospects and turned it into a primetime giant with true historical and cultural significance.