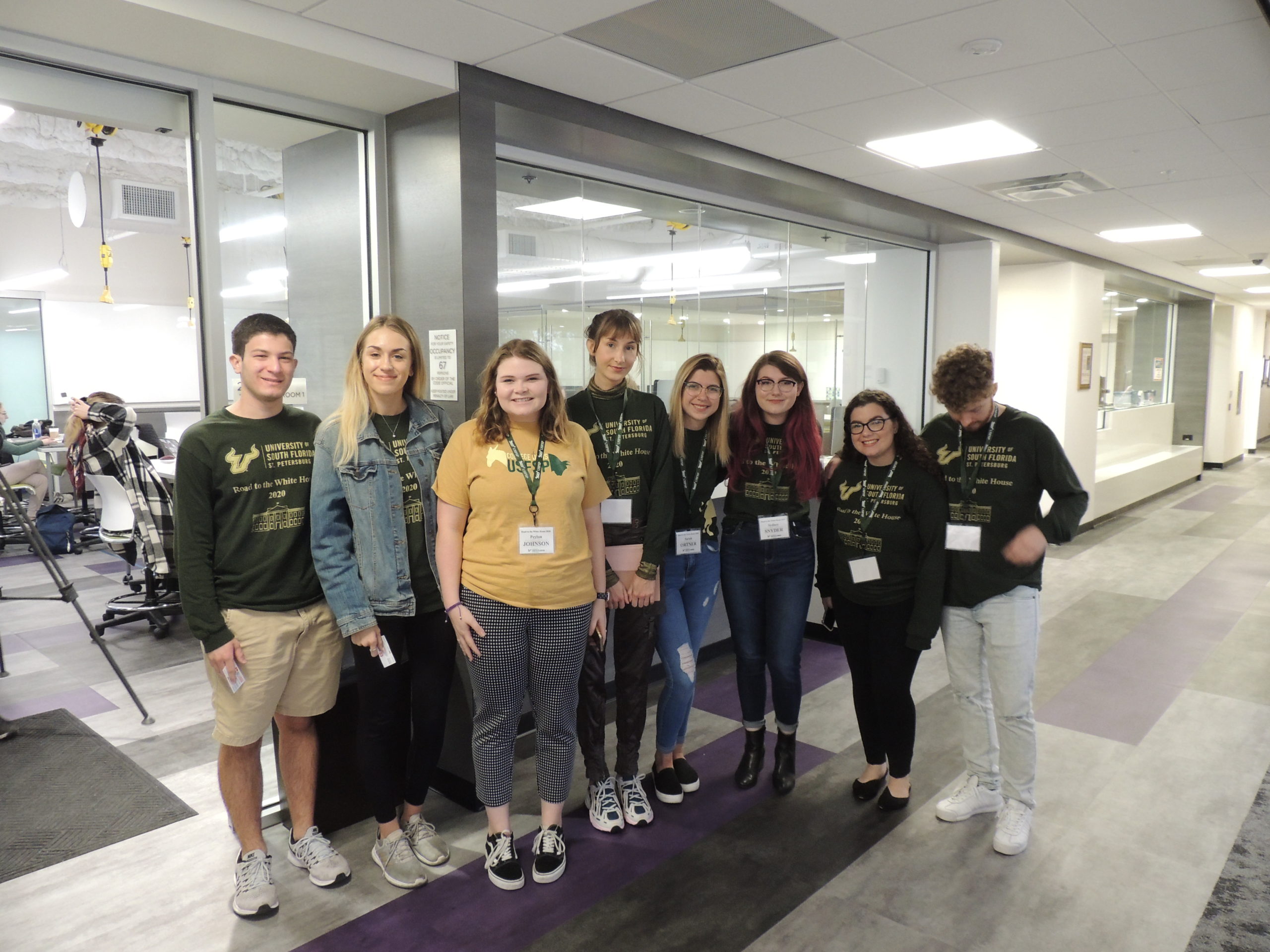 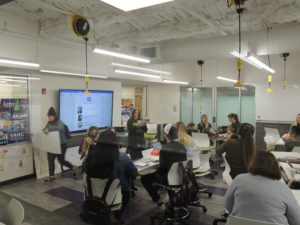 Students from a University of South Florida St. Petersburg political science course are leaving this weekend for New Hampshire to work on political campaigns. For more than a week, they’ll get hands-on experience working for their favorite candidate in the run-up to the February 11 primary election.

“As a political science student you really appreciate a hands-on experience. And I chose the Bernie Sanders campaign because not only has he run for president before in the 2016 campaign, I am expecting a well-oiled machine when I go to New Hampshire and being a part of the first in the nation primaries it’s an incredible experience.”

The latest Real Clear Politics average of polls in the New Hampshire primary has Sanders with a nearly double-digit lead over the next tier of candidates, Joe Biden, Pete Buttigieg and Elizabeth Warren.

“Well, it’s a combination, for me, of perception and policy. I think Elizabeth Warren is a very unifying figure but she also has a lot of really good plans. Especially, considering the student debt relief. And just the way that she speaks is very unifying and very inspiring.”

So, what will these students be doing in the cold New Hampshire winter? Sydney Snyder is a poly sci major and French minor.

“There’s not exactly a set plan for everybody. It’s going to really be different every day because of just the nature of the job. But I know we’re going to be doing a lot of canvasing, phone banking just kind of introductory political campaign stuff. But yeah it’s really going to be totally different with every candidate. So I’m really excited to see all the differences and the different experiences we have.”

Snyder will be campaigning in New Hampshire for Andrew Yang.

Manuel Rodriguez is a first-year poly sci student who will work for the person polling in second place in New Hampshire, former Vice President Joe Biden.

“And the reason that I have stuck with the Biden campaign so long is because his message has been the same since the beginning. He is trying to restore the soul of this nation and in this very divisive nature of our political system. He has been around for a long time which some say is not a good thing but I think is a good thing because he understands how people work. He knows how to bring people together and I think he is the future of this country.”

On the Republican side, President Trump is expected to easily win the primary, but Maria Starr will still work on his campaign in New Hampshire. She’s a junior majoring in poly sci and minoring in communications.

“I’m looking forward to it, I voted for him in 2016. When I voted for him I didn’t have a college education I just kind of did not want to vote for Hillary Clinton and when I started college I had a really really cool professor who was a 2-star general who also worked in the White House and he was my American government professor. He really elaborated so much in the American government and the structure and he was also a Trump supporter. He kind of inspired me to follow his views because how he elaborated on the subject and I have been doing my own research and I’ve been really seeing what Trump is doing specifically with sex trafficking on the south border. I am a very big advocate in its prevention so I’m really looking forward to what will happen in the future.”

The university is supporting the effort for the students to work on the presidential primary campaign in New Hampshire. Magali Michael is Dean of Arts and Sciences at USF St. Petersburg.

“It’s fantastic, I mean it’s giving the students the ultimate educational experience in civic engagement. I mean they’re going to be there and working over 12 hours a day for 10 days and getting a real sense of how politics work in our country basically, so I think it’s fabulous. Their instructor puts hours and hours of planning into this and students are so excited that we had to raise the cap of the class from 20 to 30… 29 are going. Because obviously it would be a little easier with 20 but the demand was so high and I think there may have been a few that wanted to go who weren’t able to go.” 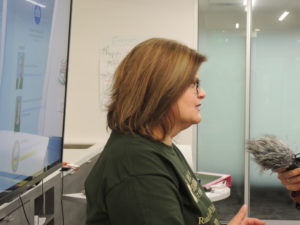 The professor of the course is Judithanne Scourfield McLauchlan. The students are blogging. You can read it here. And here is a link to the course blog.

Halley Hobbs is a political science major who will work for Pete Buttigieg.

“Well I went into this a Biden supporter and then after every single debate there was it was Pete Buttigieg who had impressed me more than anybody else on the stage. I am just very impressed by the way he talks on stage but also I’ve watched him in town halls and how he’s talked to people and the different grassroots organizations that his campaign has done and it’s just very impressive… and I am optimistic that he’s the main underdog in this campaign but he’s still in the top 4. So it’s going to be exciting to see it first hand in New Hampshire.”

Another Elizabeth Warren supporter is Noah Miller, who is a senior psychology major.