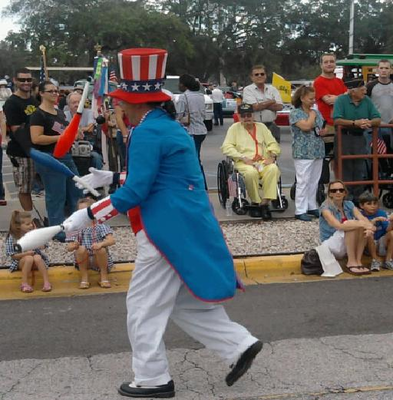 High ranking officers in various branches of the US armed forces joined with state and local elected officials in recognizing the service of veterans from past wars, as well as those currently serving in the armed forces. Lt General John Allen from Central Command has served in Iraq and Afghanistan and has been in the military since 1970.

Allen declined to comment about potential troop increase in Afghanistan.

A 2007 VA survey found that 18% of recently discharged veterans are unemployed. President Barak Obama signed an executive order on Monday this week creating a Council on Veterans Employment to advise the President and Administration on how to set the bar for hiring and employing veterans.

US Army Veteran Jay Alexander is with the anti-war group Veterans for Peace and says the potential troop increase in Afghanistan is a mistake.

Alexander says Veterans for Peace is promoting a more positive use of our military forces at home that might bring further peace on American soil.

Every third weekend of the month Veterans for Peace holds an anti-war vigil at MacDill Air Force Base. They ask that our troops be sent home.