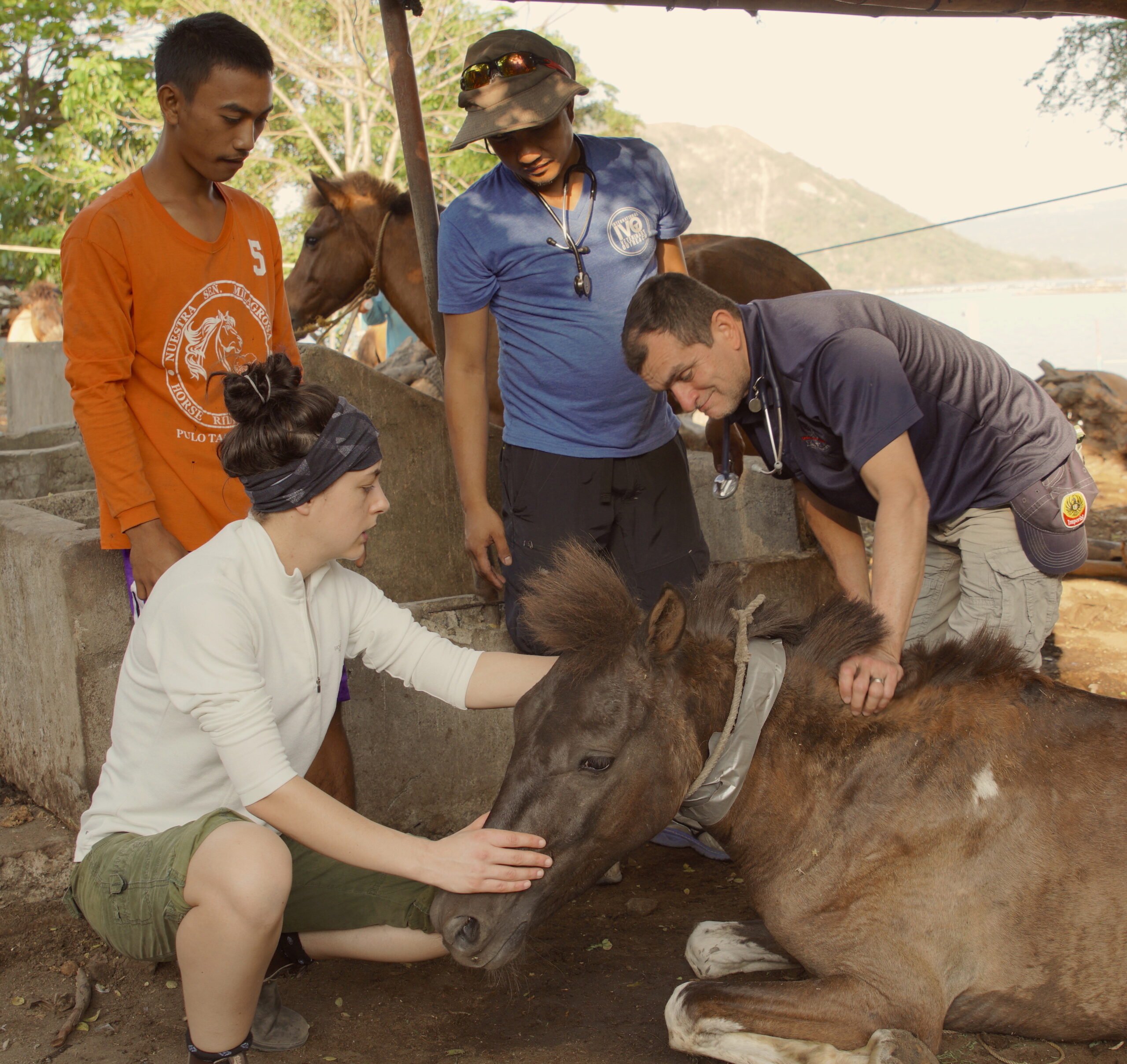 Dr. Eric Eisenman is the founder of International Veterinary Outreach (IVO), which provides veterinary services and training to rural areas in countries sorely lacking both. In a recent conversation on “Talking Animals,” he shared the unusual detail that he only became interested in becoming a veterinarian at the end of his undergraduate career.

Indeed, although Eisenman grew up with cats and dogs, adopting his own cat, Whiskers, at eight-years-old, he didn’t start working with animals until after he’d graduated from the University of Oregon. This included, he recalled, spending time shadowing and helping his veterinarian uncle, who practiced in Largo, Florida. And then, after moving to San Francisco, he took a job with the SPCA there, first as a receptionist, then moving into the organization’s shelter operation.

Additionally—and crucially, for the purpose of IVO’s origin story—he did some traveling in Latin America, in part to pursue opportunities to work with organizations focused on animal care and animal welfare. With a resume newly-fortified with animal experience, domestic and international, he re-applied to veterinary school (he’d noted he was not accepted anywhere he applied the first time), and was accepted at UC Davis, a top-tier vet school.

Early on, in that first year at UC Davis, he floated the idea for what would become IVO to some fellow vet school students, spoke with a mentor, and things—which is to say, IVO (first, as a student club) took shape: The initial IVO team embarked on their first trip, to northwestern Nicaragua, in December 2011.

Eisenman chronicles IVO’s ensuing evolution, nearly immediately, achieving status as a 501 (c )(3) charitable nonprofit corporation, and widening out the mission so that, in addition to providing veterinary services and training in these rural areas, local laypeople who were guardians of animals were invited to participate, in an effort to cultivate animal welfare practices in those communities.

He also outlines a new program IVO is launching in October, 2022—in Tanzania, focused on dog health and veterinary training in the country’s capital of Dodoma. IVO is fundraising to carry out that program.