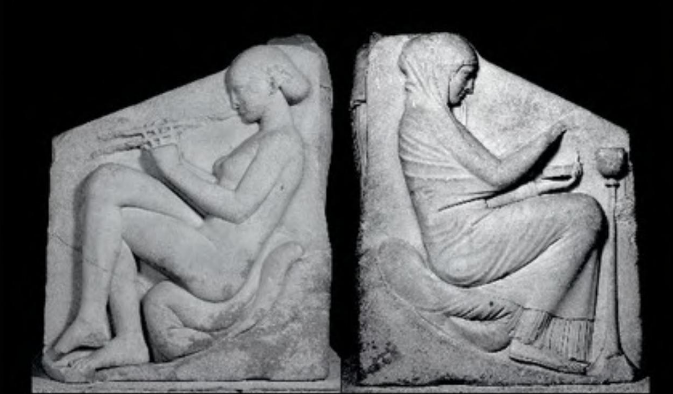 “Two thousand years ago, an aristocratic Roman matron named Vistalia faced a trial for adultery. Vistalia was notorious for conducting multiple extramarital affairs, but her husband, Titidius Labeo, refused to divorce her. Eventually, the Emperor Tiberius himself accused her of adultery, a crime punishable by exile to a remote island. Vistalia responded to this charge by publicly registering herself as a common prostate, since prostitutes were legally incapable of committing adultery.” So begins the introduction to Prostitutes And Matrons In The Roman World a new book by Anise K. Strong. Although this well-researched book with scores of footnotes and references could be classified as academic, don’t let that dissuade you from enjoying Ms. Strong’s terrific book and her slightly droll observations. Anise K. Strong is an Assistant Professor of History at Western Michigan University, her substantial account of elite Roman concubines and courtesans explores the blurred line between proper matron and wicked prostitute, she illuminates the lives of sexually promiscuous women as well as prostitutes with hearts of gold. Ms. Strong, an avid feminist offers insights into the functions of erotic imagery and the roles of prostitutes in everyday Roman life. Don’t miss the next edition of Life Elsewhere and learn about virtue and vice in ancient Rome.

PS: You can now download the new WMNF mobile app for FREE and listen to LIfe Elsewhere as it streams live at 12 noon ET every Sunday