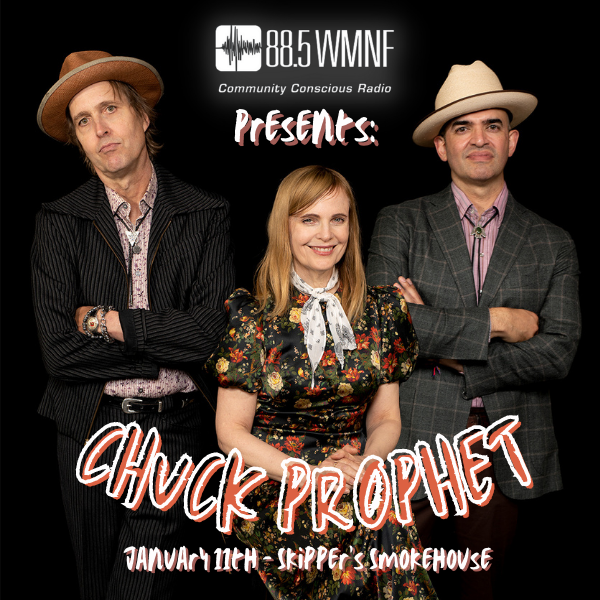 Since his neo-psychedelic Green On Red days, Chuck Prophet has been turning out country, folk, blues, and Brill Building classicism. Now he just wants to see you smile for this one-night only event!

After a false start recording in his hometown of San Francisco, Prophet decided to get out of Dodge and found himself re-energized in Upstate New York to make 2020’s The Land That Time Forgot, a record that is much a 21st century exorcism as it is America. Written mostly with Prophet’s longtime collaborator and co-conspirator klipschutz, the songs come at you from an array of locations both real and imagined, including San Francisco’s Tenderloin, an English roundabout, and Nixonland, while hanging out with the ghosts of Johnny Thunders, Willie Wonka, and John the Baptist. Then in early 2022, Prophet released The Land That Time Forgot Revisited, a four-song digital live EP recording featuring his band, the Mission Express, as well as a string quartet.

Hear songs from this critically acclaimed album as well as old favorites at Skipper’s Smokehouse January 11th. Buy your tickets now below!