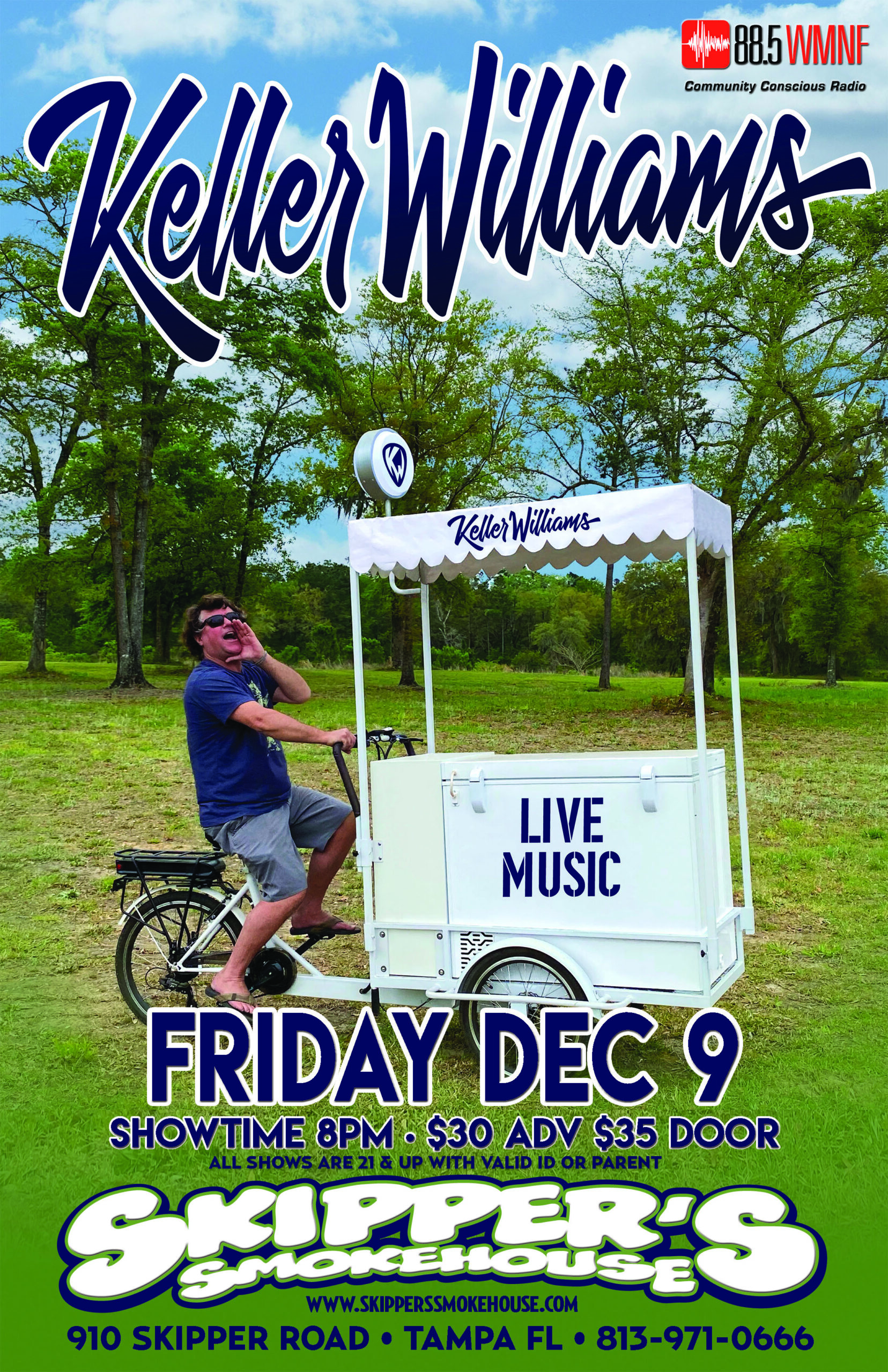 Tickets also being sold at Skipper’s Smokehouse!
They are $30 in Advance in the Oyster Bar during regular business hours, now open at Noon, Thursday – Sunday. Please call first to be sure they have them: 813-971-0666

Virginian Keller Williams is coming to Tampa on Friday, December 9th with WMNF at Skipper’s Smokehouse!

Williams released his first album, FREEK, in 1994, and has since created music that sounds like nothing else. Un-beholden to conventionalism, Williams seamlessly crosses genre boundaries. The end product is music that encompasses rock, jazz, funk, and bluegrass, and always keeps the audience on their feet.

Keller Williams built his reputation initially on his engaging live performances, no two of which are ever alike. His stage shows are rooted around Williams singing his compositions and choice cover songs, while accompanying himself on acoustic guitar, bass, guitar synthesizer, and drum samples; a technique called live phrase sampling or “looping”. The end result often leans toward a hybrid of alternative folk and groovy electronica, a genre he jokingly calls “acoustic dance music” or ADM.

Keller’s constant evolution has led to numerous band projects as well, including Keller & The Keels, Grateful Grass, KWahtro, Keller and the Travelin’ McCourys, Grateful Gospel, and More Than A Little to name a few.

Don’t miss this special event with the one and only Keller Williams! Buy your tickets at Skipper’s (See above).