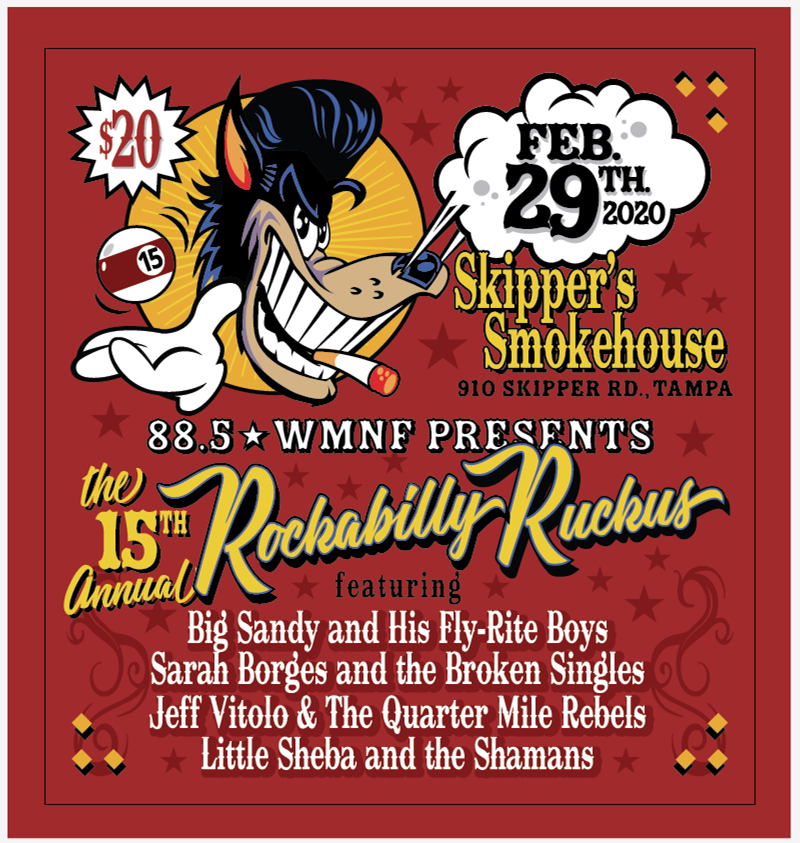 Sales have ended at WMNF, however tickets are available at the door for $25, opening at 6pm ~ Music schedule below… Weather is predicted to be beautiful and perfect temp for dancing!

It’s a party!     Big Sandy and his Fly-Rite Boys, Sarah Borges and the Broken Singles, Jeff Vitolo and The Quarter Mile Rebels , Little Sheba and the Shamans…….swing dancing you won’t believe.

Big Sandy and His Fly-Rite Boys  Over the last three decades, Big Sandy and his Fly-Rite Boys have kept up a constant cycle of traveling back and forth across the lower 48, then hopping across the pond to Europe and beyond. They bring with them a brand of American music that has earned them an induction into the Rockabilly Hall of Fame, several national television appearances, guest spots on The Grand Ole Opry, and a slew of adoring fans. 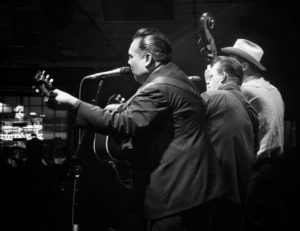 Sarah Borges and the Broken Singles  – Sarah Borges is a true WMNF favorite.   She has played several Tropical Heatwaves, some big Skippers shows, and the WMNF Cruise.  She is part pop diva, part rock goddess, all entertainer with the looks, the chops and voice to hold court with anyone. Catchy songs played by a scorching band surrounded by people having fun;  her set at the 2020 Ruckus features her longtime basis and musical cohort Binky. 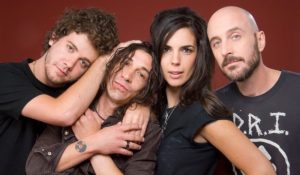 Jeff Vitolo & The Quarter Mile Rebels  –  Jeff Vitolo is a nominee for The Tampa Bay Music Hall of Fame, playing in some of the top bands in the area since 1986 and the top roots music venues all over the country.   His current band The Quarter Mile Rebels mix rockabilly, blues and  roots rock with plenty of swagger, attitude and fun to make for a great and exciting stage show. 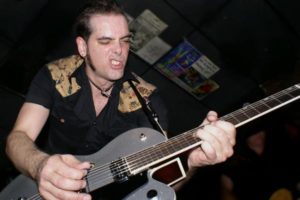 Little Sheba and the Shamans  –   a rhythm & blues band with a garage rock habit. Think of a deep-dug, scratchy 45 blaring through a juvenile delinquent’s stolen record player.