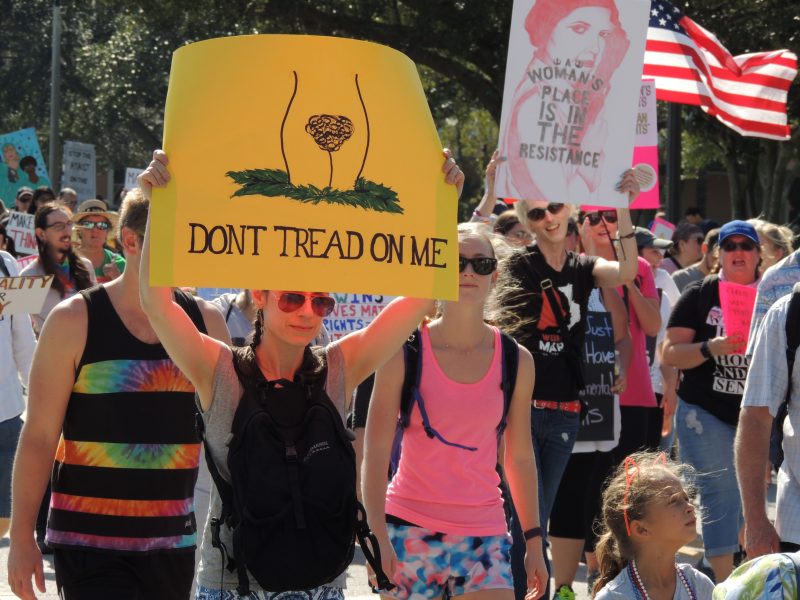 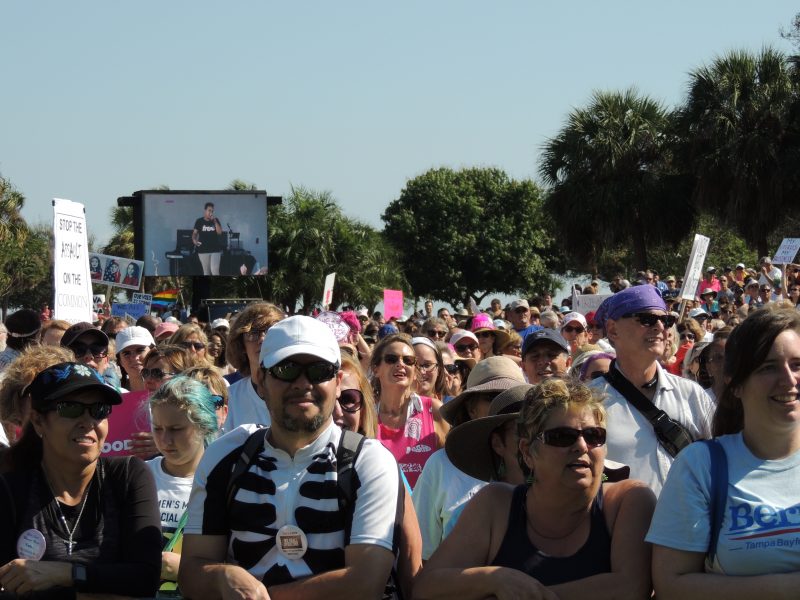 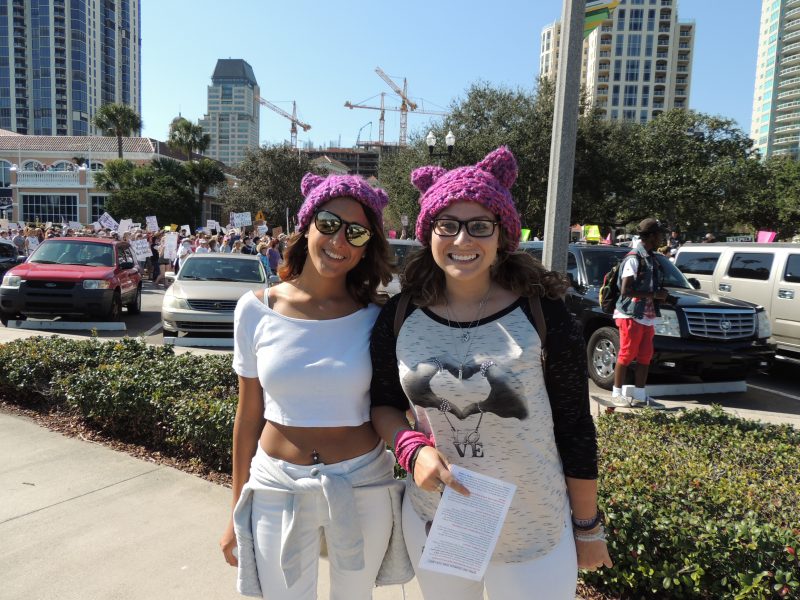 Five years ago today there was a large march and rally in St. Petersburg in coordination with Women’s Marches all across the country. Here’s WMNF’s story from January 21, 2016:

An estimated 20,000 women and allies marched along the waterfront in downtown St. Petersburg on Saturday afternoon as one of the dozens of events worldwide in coordination with the Women’s March in Washington, D.C.

For more than an hour people streamed out of the park, over a bridge and onto Bayshore Drive heading toward the Vinoy Renaissance resort before circling back along the other side of Straub Park along Beach Drive. It’s been called the largest demonstration in the city’s history and it was part of hundreds of similar marches across the world, including the Women’s March on Washington, D.C. 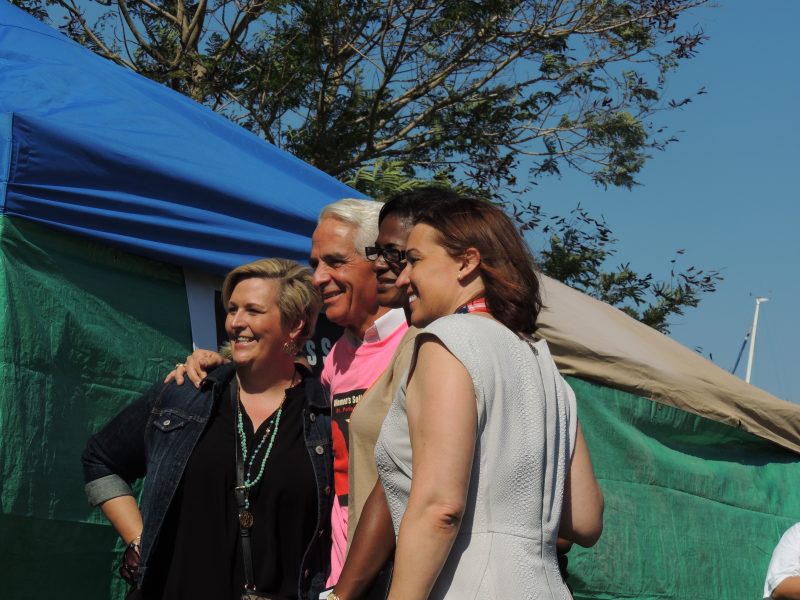 The marchers filled the streets of the downtown waterfront after an hour of speeches at an overflowing Demens Landing. We hear from Dr. Suzie Prabhakaren with Planned Parenthood, Dr. Julie Kessel with League of Women Voters, Angela Rouson with National Council of Negro Women, Karen Lieberman with the Jewish community; Susan Glickman with Southern Alliance for Clean Energy and Ashley Green with the labor union SEIU.

Here’s audio from the stage:

Already there have been comments on the videos posted below.

“yourjoking Right” writes: “We not only have equal rights but in some areas we have more rights then men.This is so stupid.Not one of them can give you one right men have that women don’t.”

“mauijane420” writes: “These people are Lunatics & FOOLS WASTING A BEAUTIFUL DAY!! Trump has NEVER threatened ‘womens rights’ & he hasnt DONE ANYTHING to show he Might. Sorry GIRLS, you are NOT VICTIMS of anything because of Trump. Find another way to get some attention.”

Here are some photos and video of the march: