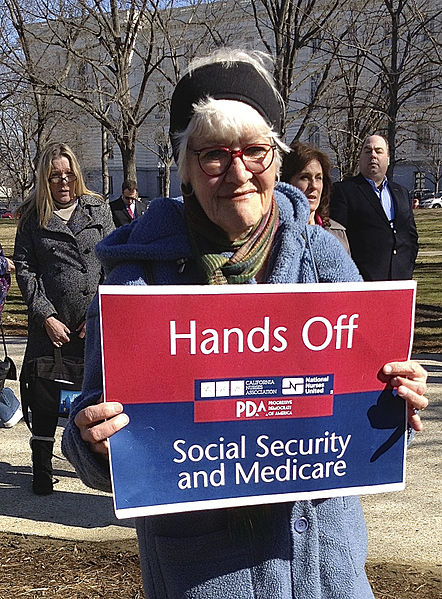 The era of Trump begins……..

The ink wasn’t even dry on the headlines before Paul Ryan touted his plans to reform Medicare and Social Security.  Nothing new – he has been after these areas ever since he was elected to congress.  Says a lot that two of the most successful programs that have helped people in this country are among the first to be on the firing line.  I have no idea how Donald Trump really feels about these issues, I’m not even sure it matters.  We will be talking about proposed changes to Medicare and Social Security – and what people can do about it – with NANCY ALTMAN,co-director of Social Security Works and co-chair of the Strengthen Social Security coalition and campaign. She is the author of The Battle for Social Security: From FDR’s Vision to Bush’s Gamble (John Wiley & Sons, 2005). She has a thirty-five year background in the areas of Social Security and private pensions

Then, the most challenging question to our entire democratic process, did Trump actually win the election?  If you undermine the election process, or even if you succeed in undermining people’s confidence in the legitimizing of the process, our democracy is doomed.  We aren’t talking voter fraud, we are talking election fraud.  Jill Stein is doing everyone a huge service by focusing on the many irregularities we have seen in this election.  We should have been demanding accountability ages ago.  We saw irregularities in Wisconsin, Ohio, here in Florida years ago.  We ignored the flagrant attempts to abrogate civil rights of so many of our citizens with voter suppression.  We allowed private companies to monopolize the software of tabulating equipment.  Yes, Virginia, machines can be hacked.

And then add outside hackers.  This is perhaps the worst festering abscess that our democracy has seen, and we have to get on top of it.  I am not at all sure that Jill Stein and her team will be able to overcome the election results, but if she succeeds in exposing the irregularities that must be addressed, she will have accomplished exposing us the very serious flaws in our system.  What if the exit polls were not wrong?  The people did not lie?  What if the election process was rigged?  Paper anyone?  A paper record of your vote?  STEVEN ROSENFELD, attorney, a senior fellow at AlterNet covering democracy issues, will update us. He is a longtime print and broadcast journalist and has reported for National Public Radio, Monitor Radio, Marketplace, TomPaine.com and many newspapers. He has written and co-authored three books on voting rights since 2004, including Count My Vote.