Home WMNF News Elections Could this be the year Congress picks the President? 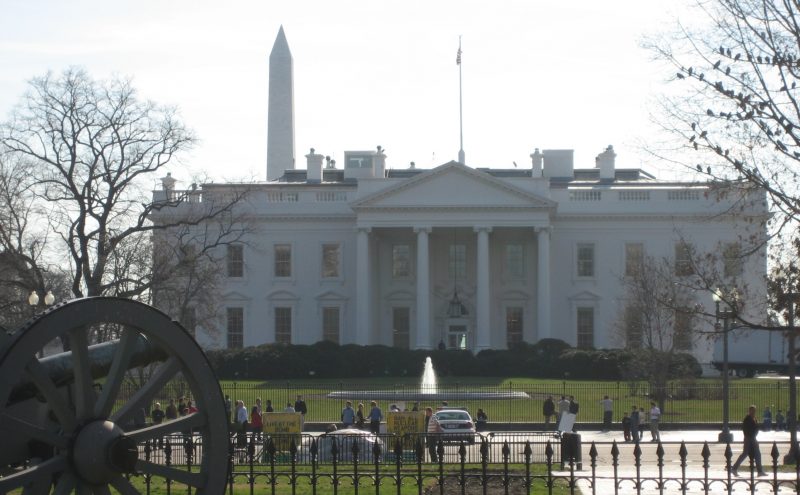 Two-hundred seventy Electoral College votes – that’s the magic number that the presidential candidates will be shooting for in November’s general election; but could this be the year that no candidate reaches that mark and instead Congress decides who will become the next President? That could happen, but only in the rare event that there’s a tie at 269 votes or if three or more candidates split the Electoral College vote.

WMNF News interviewed Aubrey Jewett, a professor of political science at the University of Central Florida in Orlando.

“Some Republicans, particularly conservatives, who are not comfortable at all with Donald Trump have suggested that maybe they would run someone independently. …”

But Jewett says that conservative or Libertarian candidates aren’t the only ones who could trim some Electoral College votes away from the two major parties. Some members of the “#BernieOrBust” movement want Senator Sanders to run as an independent or on the Green Party ticket if he loses the Democratic nomination to Hillary Clinton.

The House of Representatives would then choose the President if there’s no Electoral College majority.

“What happens then is that the Presidential contest is decided by the House of Representatives. Each state gets one vote and it’s the top three candidates. And the one that wins, wins.”

University of South Florida political scientist Susan MacManus says then each Senator would vote for Vice President from the top two candidates. That could result in a President and Vice President being from different parties.

But it gets even stranger. It won’t even be the current members of Congress who vote for President and Vice President next January 6. It would be the new Congress including newly elected Senators and Representatives, who had been sworn in just three days earlier on January 3.

“See, that’s the other dimension. That could change because let’s say that the House (of Representatives), that the Democrats did win back a majority of the seats. There are some who say it’s possible – I don’t know that I agree – but it’s not out of the realm of reality. (Certainly not the Senate.)  So you can’t count on the fact that it would just be Republicans. Right now, yes. But maybe not.”

As it stands now in the House, far more than half the states have a majority of Republican representatives. In the Senate, there are 54 Republicans, two independents and 44 Democrats. But the numbers could be different after November’s elections when, for example, Republican Marco Rubio will no longer represent Florida in the Senate. Aubrey Jewett, the UCF political scientist we heard from earlier, says it would take historically rare events in order to get to the situation where the presidential election is so close that Congress will decide.