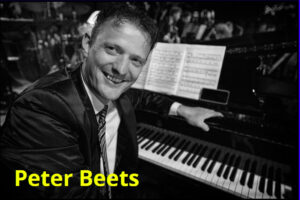 Growing up in a musical family in Holland, Peter Beets has been playing piano since he was big enough to reach the keyboard. His mother taught him the classics, and his father introduced him to the music of Oscar Peterson. He set his sights on jazz and never looked back.

Playing jazz piano for over 30 years in trios and big bands, his first hit was “First Date” in 1996. He and his brothers Marius and Alexander formed the The Beets Brothers in 1985: piano, bass, and tenor saxophone.

Playing on both sides of the Atlantic: piano trios in New York and with the Jazzorchestra for the Concertbebouw in the Netherlands, he’s racked up a number of recordings and awards: Pall Mall Swing Award, Princess Christina Award, Prix Martial Solal, as well as the Concours de Solistes de Jazz. He has shared the stage with jazz greats such as Chick Corea, Wynton Marsalis, “Toots” Thielemans, Elvin Jones, George Coleman, Johnny Griffin, Benny Golson and Kurt Rosenwinkel.

He’s the most energetic pianist since Jerry Lee Lewis. Tune in Sunday and hear for yourself.

Your on-ramp to Jazz Radio 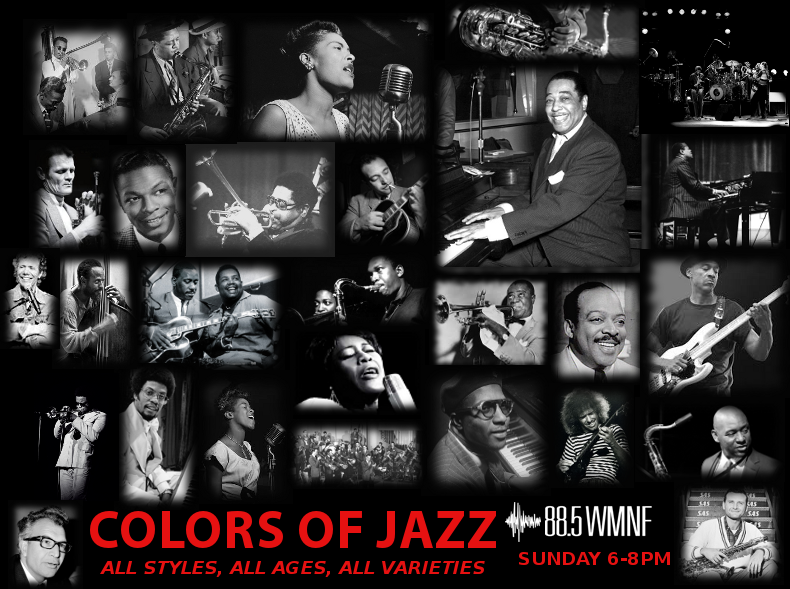 Sunday evening is time for supper, time to unwind one last time before back-to-work Monday, and it’s time for jazz. Colors of Jazz is your time to relax to the music that sounds like America, going all the way back to Louis Armstrong, through the big band era that launched Ellington and Basie, then bop and hard bop, Miles Davis and the cool, Stan Getz, Chet Baker, reaching past the West Coast sound of Tom Scott and Dave Brubeck. Guitar legends like Wes Montgomery, Charlie Hayden, and Pat Metheny. It’s the timeless voices of Ella, Lady Day, Sara Vaughn, and others. Jazz is Herbie Hancock, Chick Corea and Return to Forever, the fusion sounds of Weather Report and Passport. Jazz is the new sounds of Snarky Puppy, Stefon Harris, and Trombone Shorty.

It’s the sound of New Orleans, KC, New York, Chicago, Detroit, San Francisco, and all places in between. It’s as big as the Grand Canyon and as small as Monk playing solo piano. A century old music tradition, jazz is what America sounds like, and it’s yours to listen to come Sunday evening.

Scott Hopkins, Tim Wright, and Winston Williams bring this to you every Sunday from six to eight. Tune in, put your feet up, and relax. It’s not yet Monday, and you don’t have to stay up all hours of the night to hear jazz. It’s right here on Tampa’s last local radio station, WMNF. 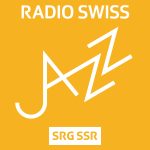 Looking to scratch your jazz itch? Radio Swiss Jazz from Swiss Broadcasting, SRF has a round the clock streaming jazz music program. Featuring both classic and new jazz from all around the world, this is a treat for the ears when you need that jazz fix, but it’s Thursday and three days away from Colors of Jazz on WMNF. Save the link: https://www.radioswissjazz.ch/en  The web site is in English, German, French, and Italian, and they have a considerable archive of great jazz music. Apps for iPhone and Android are available. 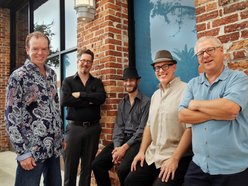 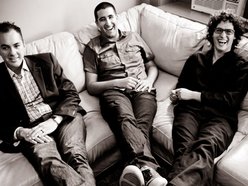 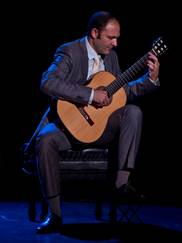 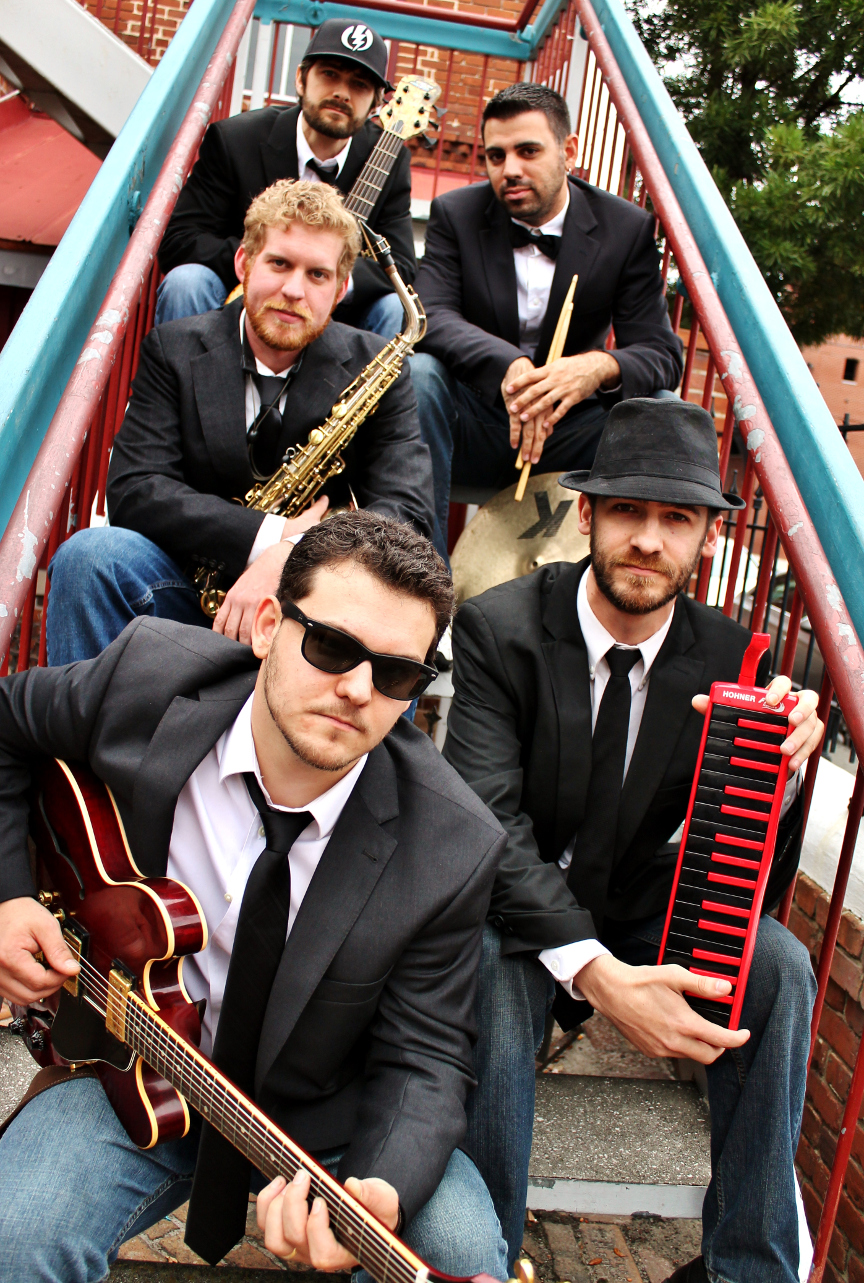 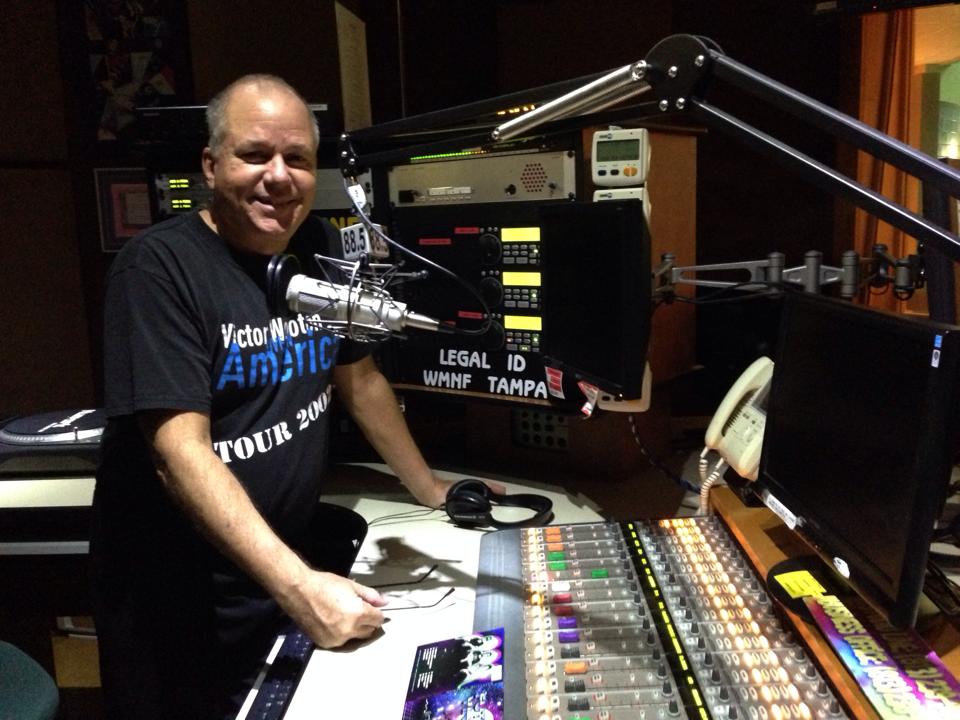 Scott began his radio career at Lehigh University, programming shows on its two sister stations, WLRN and WLVR. He was a DJ playing pop, free-form rock and everything in between. While there, he discovered the jazz library that had not been touched for years, and he began a weekly jazz show in addition to his other programs.

After graduation, Scott moved to the Tampa area, where he eventually bought a record store, School Kids Records, across from the former Schlitz plant on 30th Street, near the University of South Florida. The store closed in 1978. During that time, he was also co-editor of Music Media, a local music magazine.

In 1979, WUSF 89.7 decided to expand its jazz programming from two programs a week to a nightly jazz program from 11 p.m. to 1 a.m. Scott began programming jazz there immediately and continued until 2005. For at least a dozen of those 26 years, Scott and Thomas had back-to-back programs and developed a powerful jazz friendship.

1979 was also the year that WMNF was born. Shortly thereafter, Scott was host of the original Saturday Night Soul Party, alternating weeks with Brad Sutton. He did the show from 1979 to 1980.

Scott continues to write about music locally and around the state. In 2014, his son, Spencer, surprised him with his own music blog, Tie Your Shoes Reviews. Currently, there are more than 300 concert, festival and album reviews and previews on the site.

In February of 2015, he was approached about joining the online music publication MusicFestNews. Scott is now the editor-in-chief, and most of his reviews appear there.

A meeting, chance meeting in a Public parking lot in July of 2015 reunited Scott and Thomas, and Thomas was kind enough to invite Scott to sit in on The Colors of Jazz. The rest, as they say, is history. Scott also guest-hosts on In the Groove, the jam band show on Tuesdays from 10 p.m. to midnight. 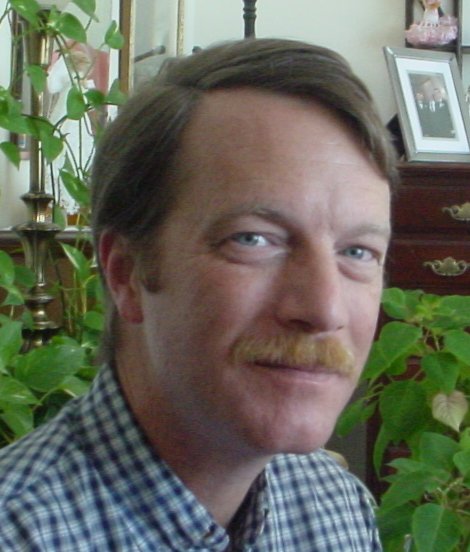 Tim's exposure to jazz began in the 1960s, the child of jazz fan parents, the hi-fi often played the likes of Ellington, Wes Montgomery, Bird, and others. With the radio tuned to WMAL, he regularly listened to Felix Grant's "The Album Sound," the gold standard in jazz radio. Tim's radio work began with doing the news at WREK, Georgia Tech's FM radio station. He discovered WMNF through the Saturday and Sunday evening jazz shows and has been a steady listeners ever since. After doing a guest host on Colors of Jazz, Tim's been part of the crew bringing jazz to community radio.