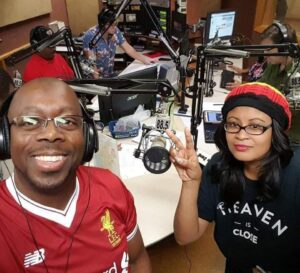 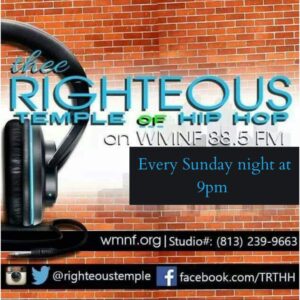 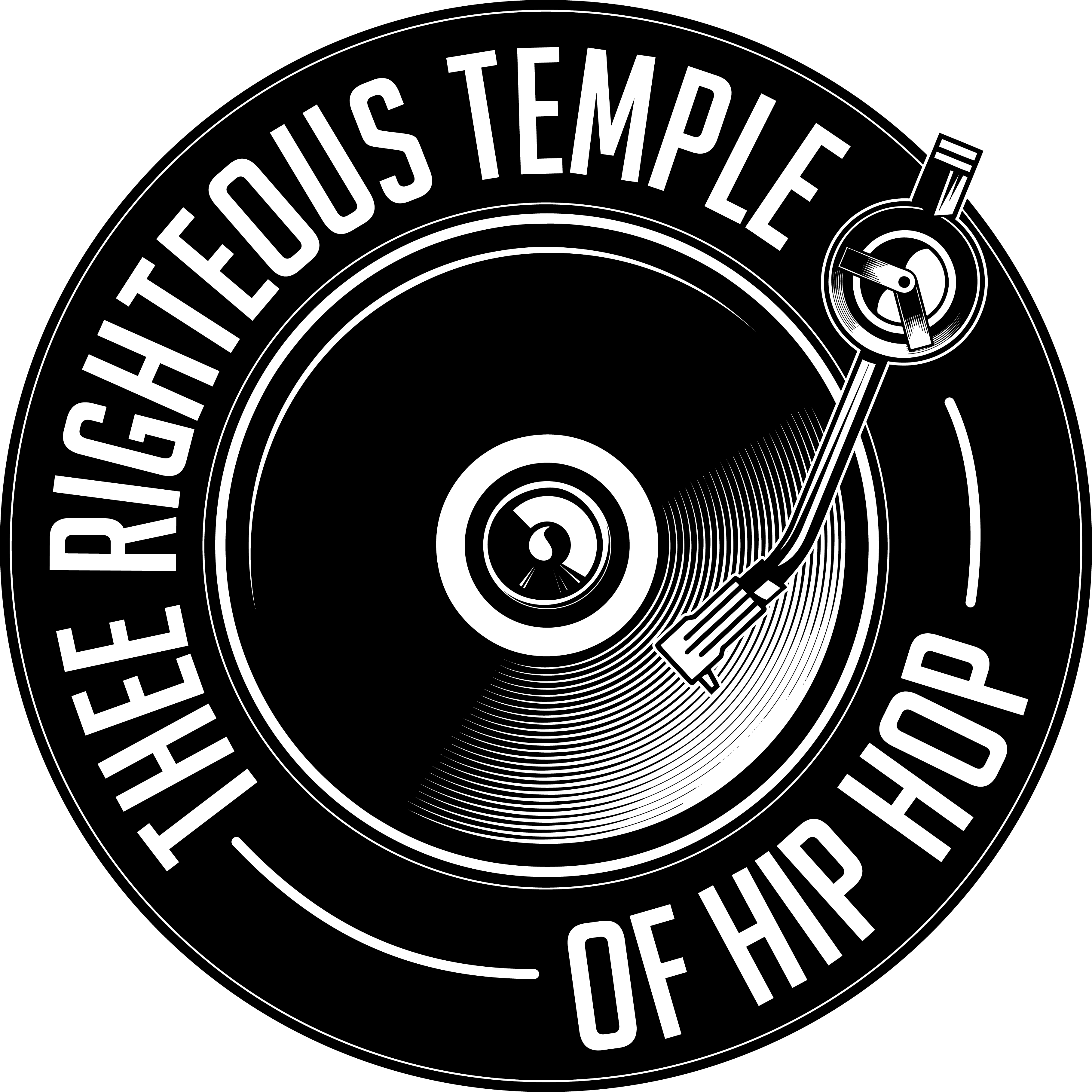 We are CommUnity. Join the Fun!Thee Righteous Temple of Hip Hop Crew brings fun, wit and humor to the radio engaging new listeners weekly by keeping it real with current events and industry news. Speaking to artists and community activists that mean the most to you. 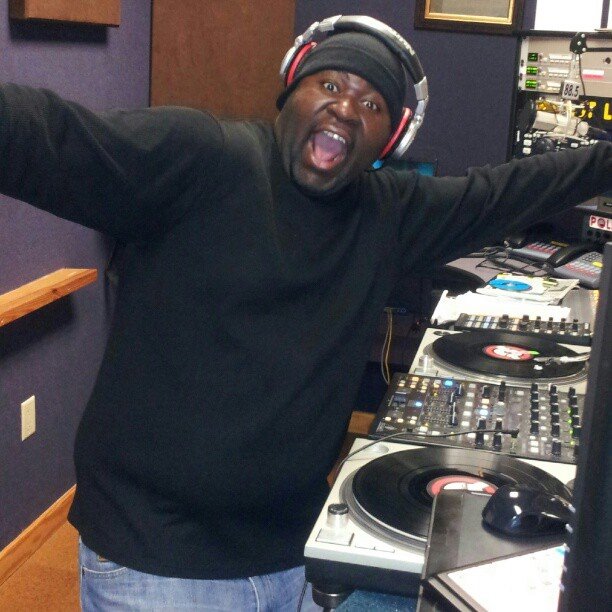 We believe in the true art of DJing – putting a positive spin on it!

Incorporating their skills by beat juggling and mixing live on the turntables, Thee Righteous Temple of Hip Hop DJs bring musical fun to your ears. Rock the set with  DJ Spen, DJ Tune Selekta, DJ Kross Style, or  DJ Dark Vater by calling in your requests to  813-239-WMNF (9663) or sending a text to 813-433-0885.

For booking, music submission and interview requests email [email protected] We are not new to this we are true to this. Like, Share & Link Up with us today!  Have a blessed one.  Stay Righteous fam!

(Video) The time we hosted  & rocked the stage at the Lecrae, Bizzle & Zauntee Concert at Crossover Church Tampa 2022. Packed House! What a night!

Keeping it Righteous for you and the kids!

In the world we live in today, we are surrounded by so much negativity, bad influences and poor examples…especially when it comes to music. That is why WMNF and Thee Righteous Temple  of Hip Hop work so hard to do our best to provide our community with hope, positive influences and music that is uplifting and reviving to the soul.  Listen up weekly for Thee Righteous Word of the Day…you never know who you will hear during our inspirational spotlight such as Lecrae, Pastor Tommy Kyllonen a.k.a. Urban D, Da’ T.R.U.T.H., KB, Andy Mineo, Canton Jones, Pastor Steven Oliver, Pastor Kenneth Muldrow and many more. 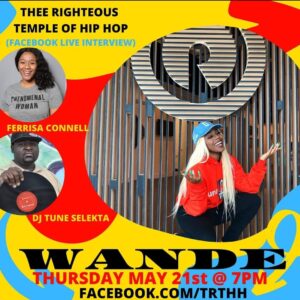 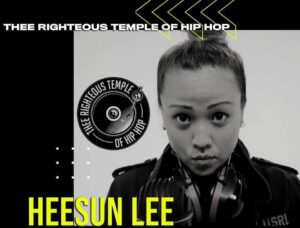 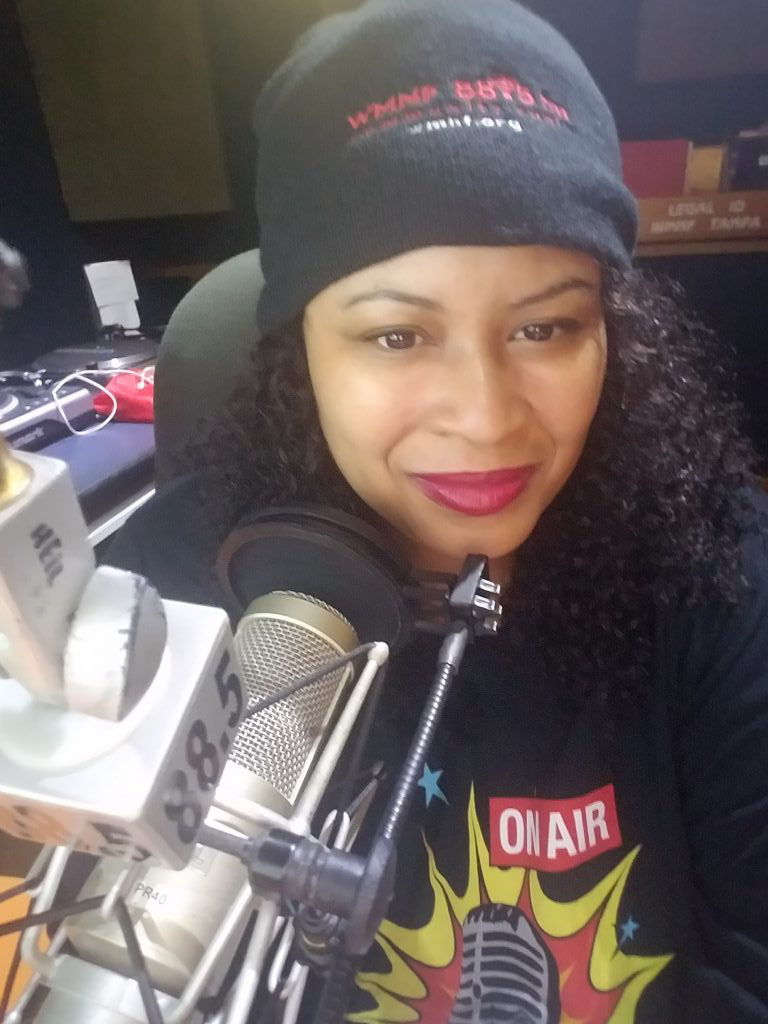 Radio Personality Recipient WMNF Programmer/Show of the Year
2015/2016 Tampa Bay Gospel Awards Nominee
*Tempest has been the female voice of the FLO for some time and now brings to Sunday morning, for the first time on WMNF, Gospel Hip Hop."
- Randy Wynn Music Director, WMNF 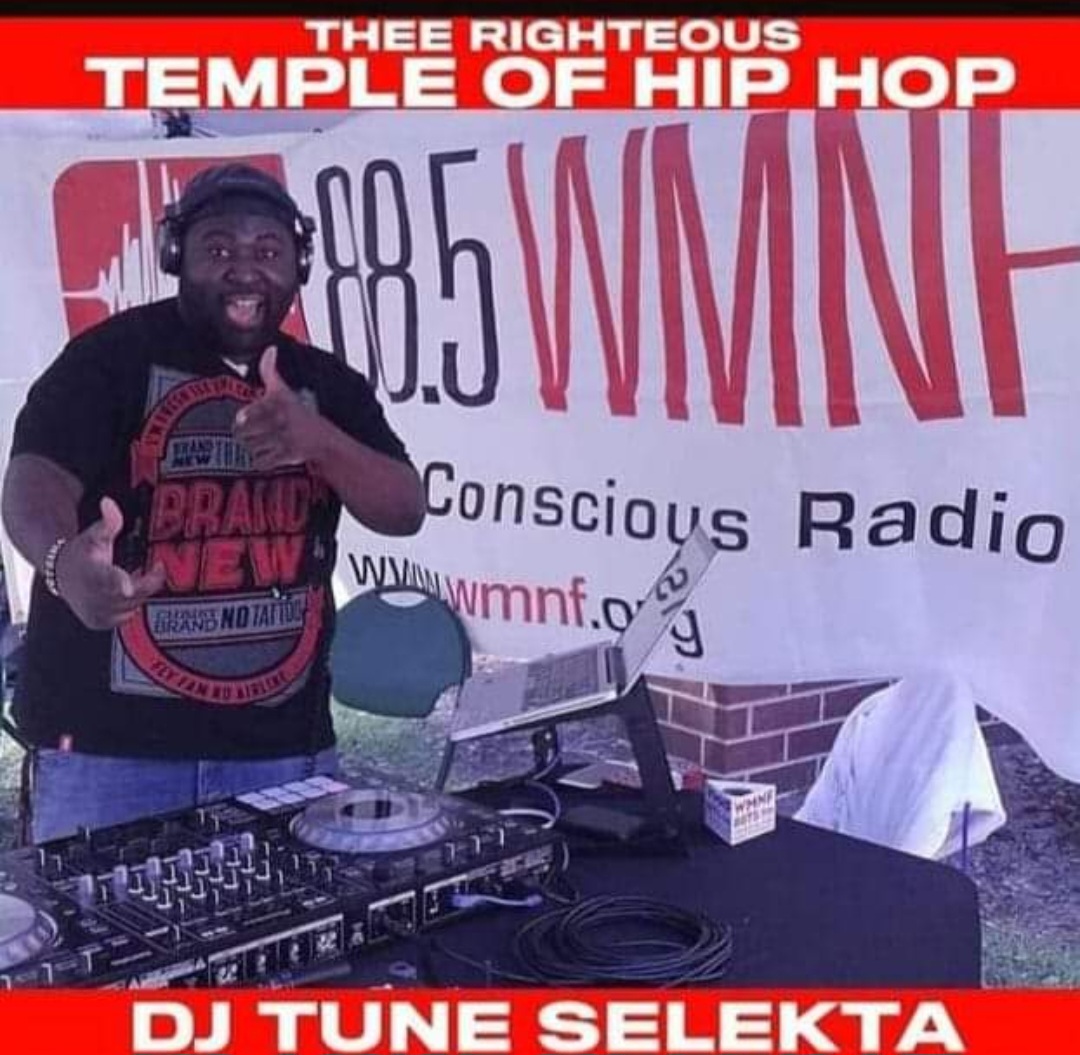 Dj. Tune Selekta is a full-blooded Haitian that was born in Miami, FL but raised in Tampa, FL who loves the sound of music. Tune ‘s love for music derived from of his father, who was a drum player and the president of a big carnival band in Haiti that goes by name of “Toro Lakou” (The Bully of The Yard). Tune’s life has taken a180-degree turn by two events-- when he decided to follow Christ and when Tempest from Thee Righteous Temple of Hip-Hop called him. Today Tune is preparing to marry his beautiful friend and fiancée Dieunita Joseph; He’s attending college to pursue an A.S. in Radio/TV broadcasting. He’s now the Co-Host of The Righteous Temple of Hip-Hop, he's affilated with One Accord DJ Alliance Dj, and also runs his own Mobile DJ company called "Sound Ryte Mobile DJs". You might see him in your neighborhood knocking on doors with his Fisherman 5 brothers giving The Good News of Yeshua!!! Wicky Wicky 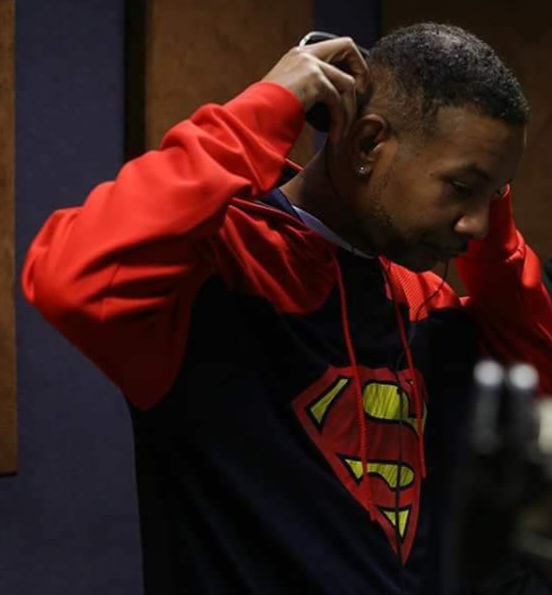 Music has always been one of Dj Spen’s first loves; he began his career as a Dj in Richmond, VA, focusing on Hip Hop and also covering various styles and genres. One of his biggest influences was Dj Jazzy Jeff after seeing him perform live at Virginia State University. Dj.Spen ventured into mixing in the clubs and on local radio, and since 2011 he has been part of Thee Righteous Temple of Hip Hop now using the 1’s & 2’s to further God’s Kingdom. 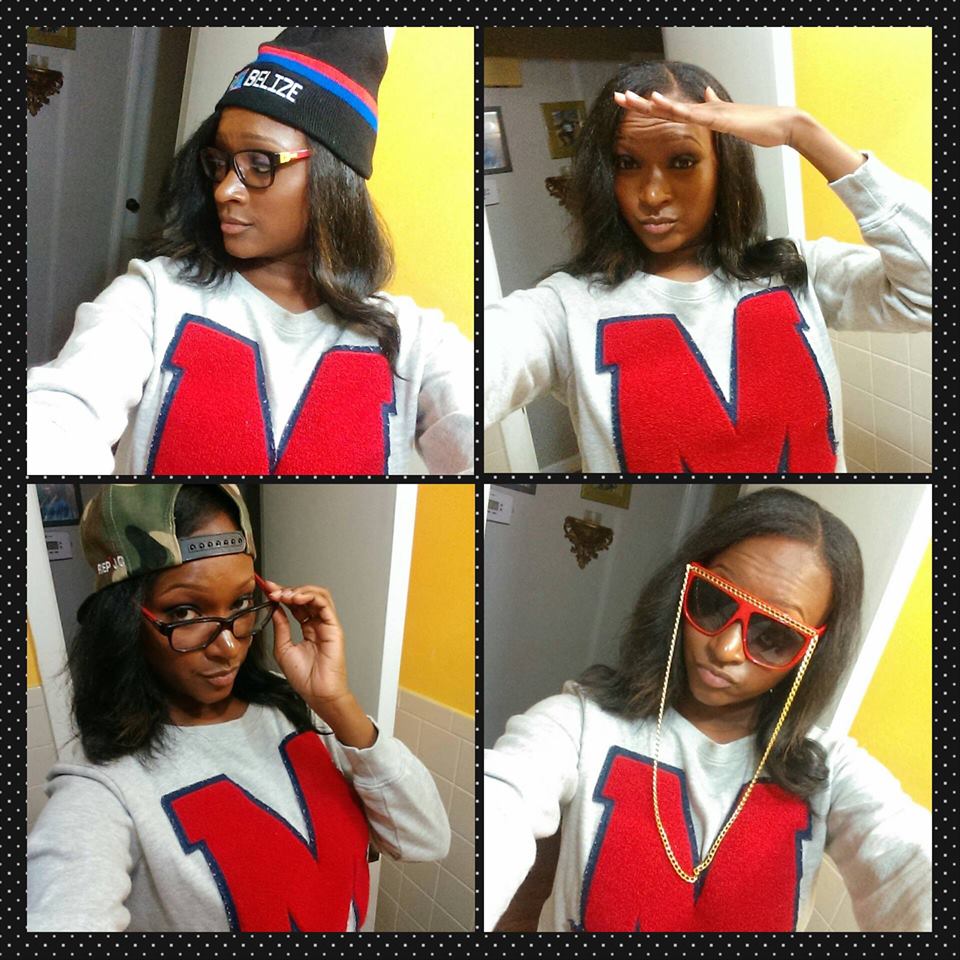 Living life can bring MANY challenges, but it's our struggles that make us who we are. Our life reminds me of a pure white canvas, and our struggles are the colored strokes of paint. Each stroke revealing a strength you never knew existed. And once we step back, zoom out, and appreciate the adverse occurrences that have transpired in our life, then we'll finally be able to view the beauty in living. Our greatest hurts & pains CAN become our GREATEST ministry in Christ. (: #lifeisbeautifulaseverwhenitpansout I'm an imperfect human being in need of a perfect Savior, Jesus Christ ♥. #GodWILLALWAYShavethefinalsay #aMOMENTofTRANSPARENCY 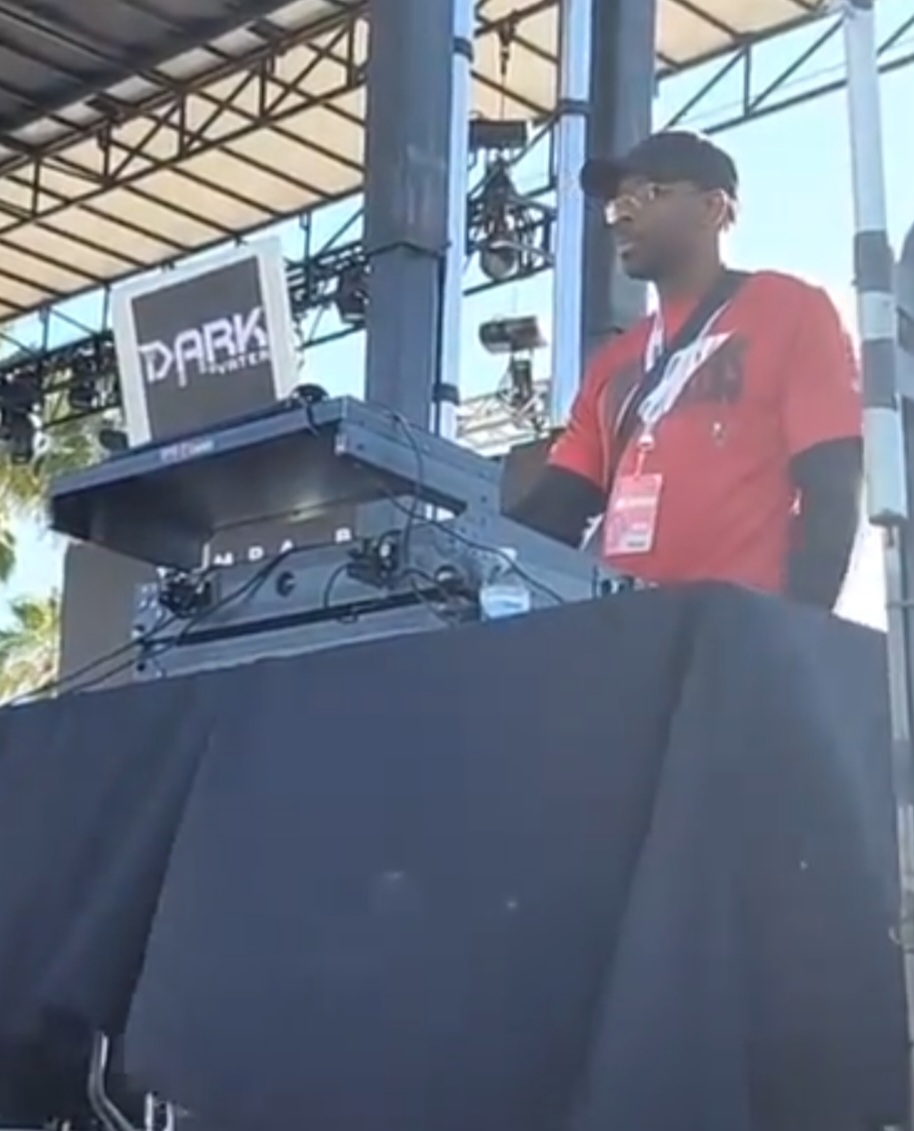 Dj Darkvater, also known as Dwight Scarlett, grew up in Jamaica, where he developed his love for music. As a child, he would hang around the sound systems while the DJs were mixing. After moving to the US, he pursued his love for music and began DJing at local Tampa clubs. In 2004, He gave his life to Christ , and he began DJing exclusively for churches. He took a break from DJing to concentrate on his growth in Christ. Consequently in 2013, DJ Darkvater founded Kingdom Vybz Entertainment--a DJ company that focuses on music ministry and providing wholesome entertainment. DJ Darkvater hosts his weekly Gospel reggae show on Ryte Flyte radio, and he is a resident DJ on Thee Righteous Temple of Hip-Hop. 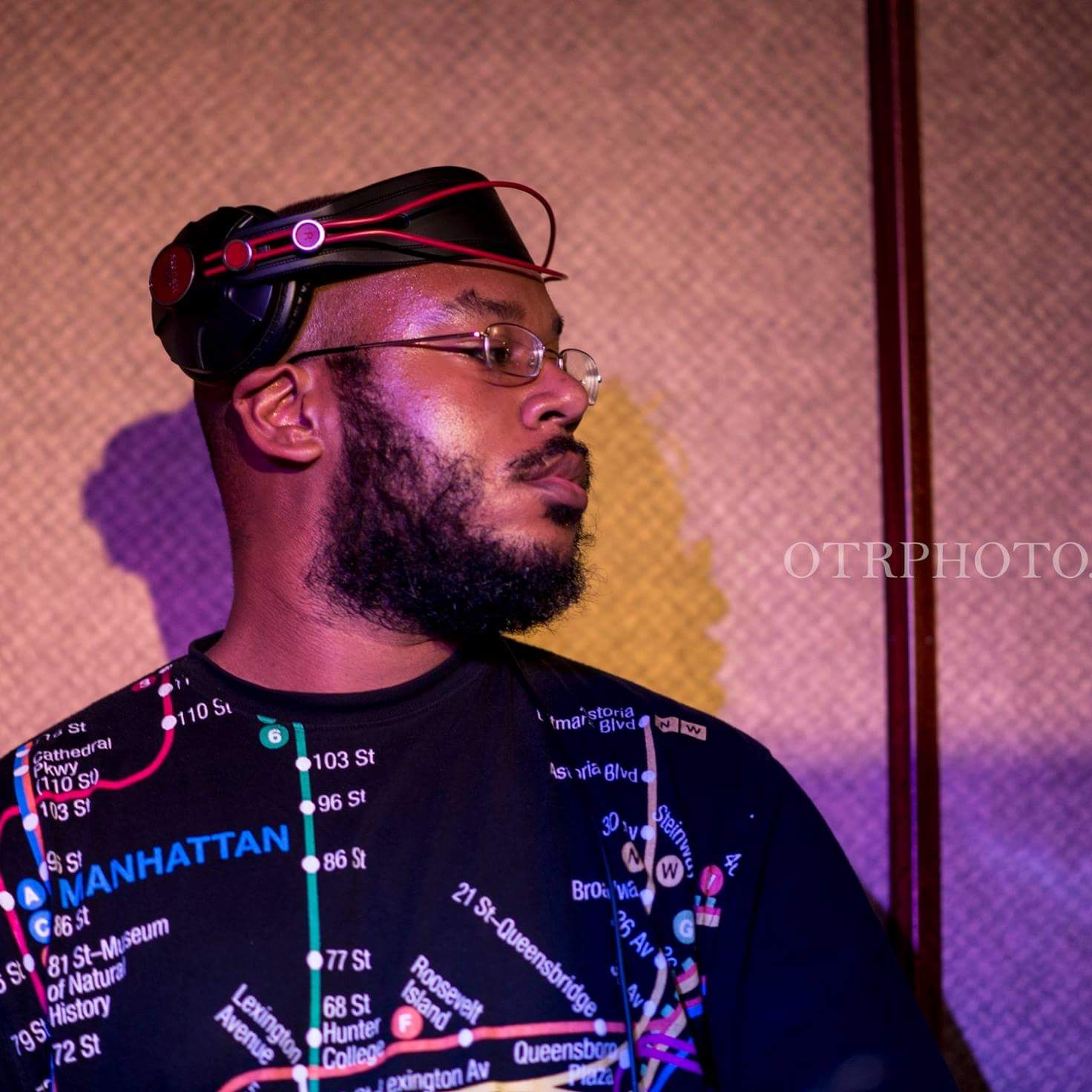 Dj KrosStyle is an American Dj, beat maker, producer and radio personality based in Tampa, Fl. Catch him playing some of the best in CHH, EDM, Reggae and christian alternative. 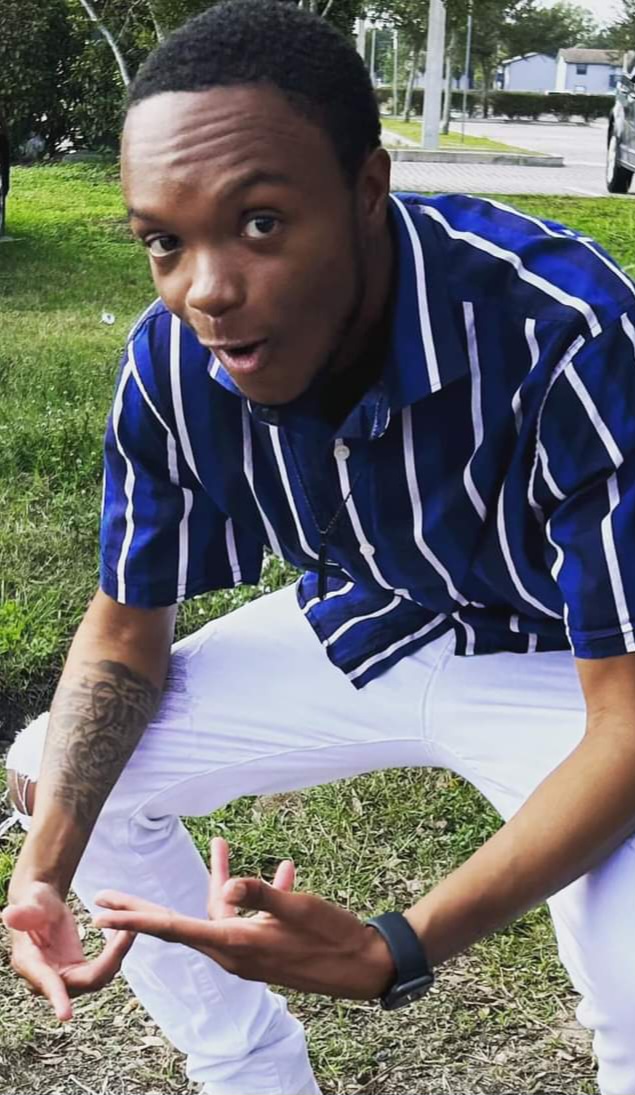 Radio Personality
Founder at King's Son Radio over at Hawk Radio, HCC. We are grateful that he is able to lend his voice and skills to us. Welcome to the team. 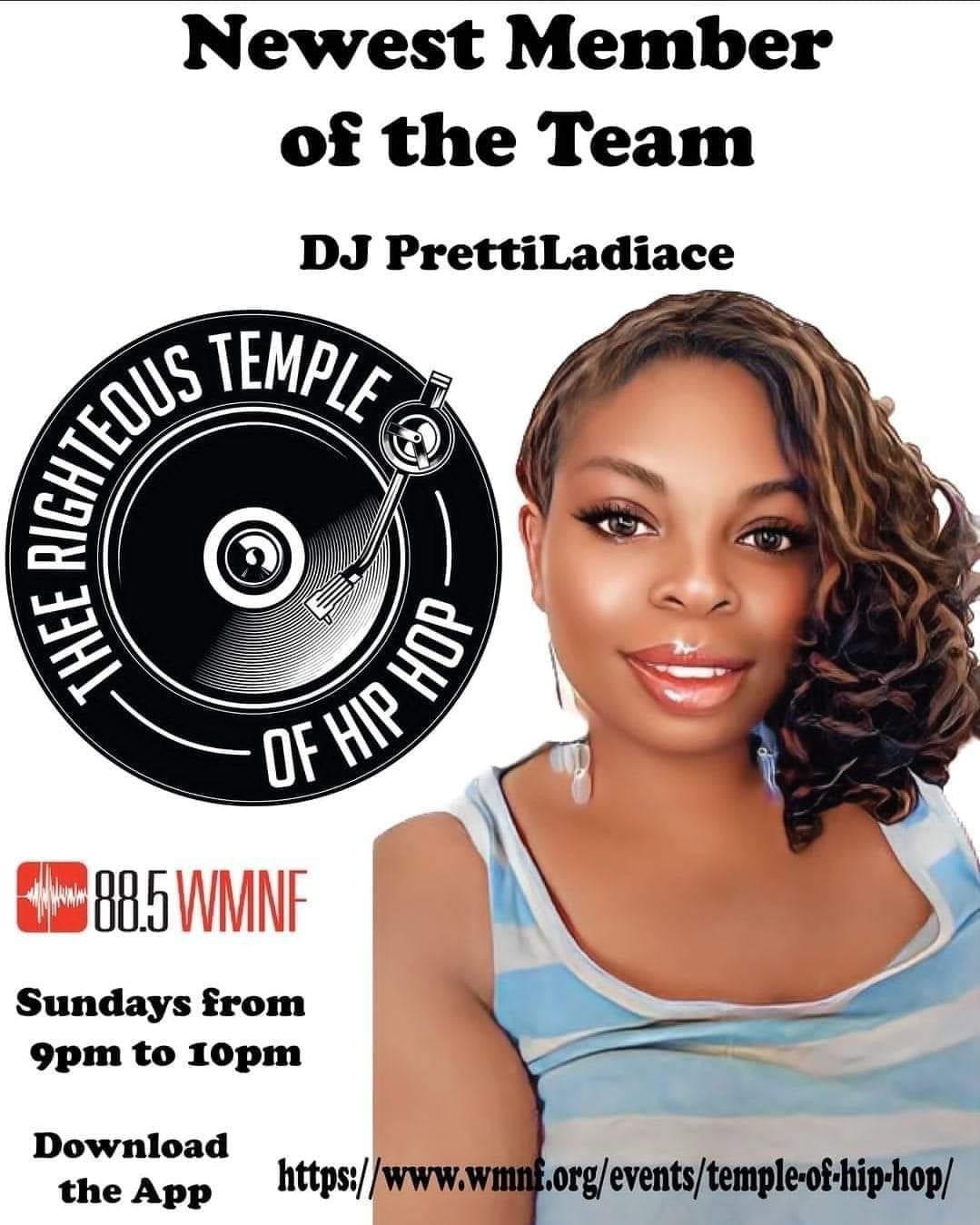 DJ Pretti Ladiace resides in Ocala Florida. She is originally from NY and has been married for about 7 years and have 3 small children. She has an AA in Radio and TV Broadcasting and a BFA in Visual Communication. She is a very creative person who has a passion for God. She has hosted podcasts and radio shows (Christ Block Radios on FlexxFM) in the past and just recently got back into doing radio. She currently have a Skin Care Line called Chris’San’Nice Glow that consists of body butter, body scrubs, lip gloss and scrub, facial oil and facial wash. She is ready for the new year and will bring her radio skills to WMNF 88.5 The Righteous Temple of Hip Hop. 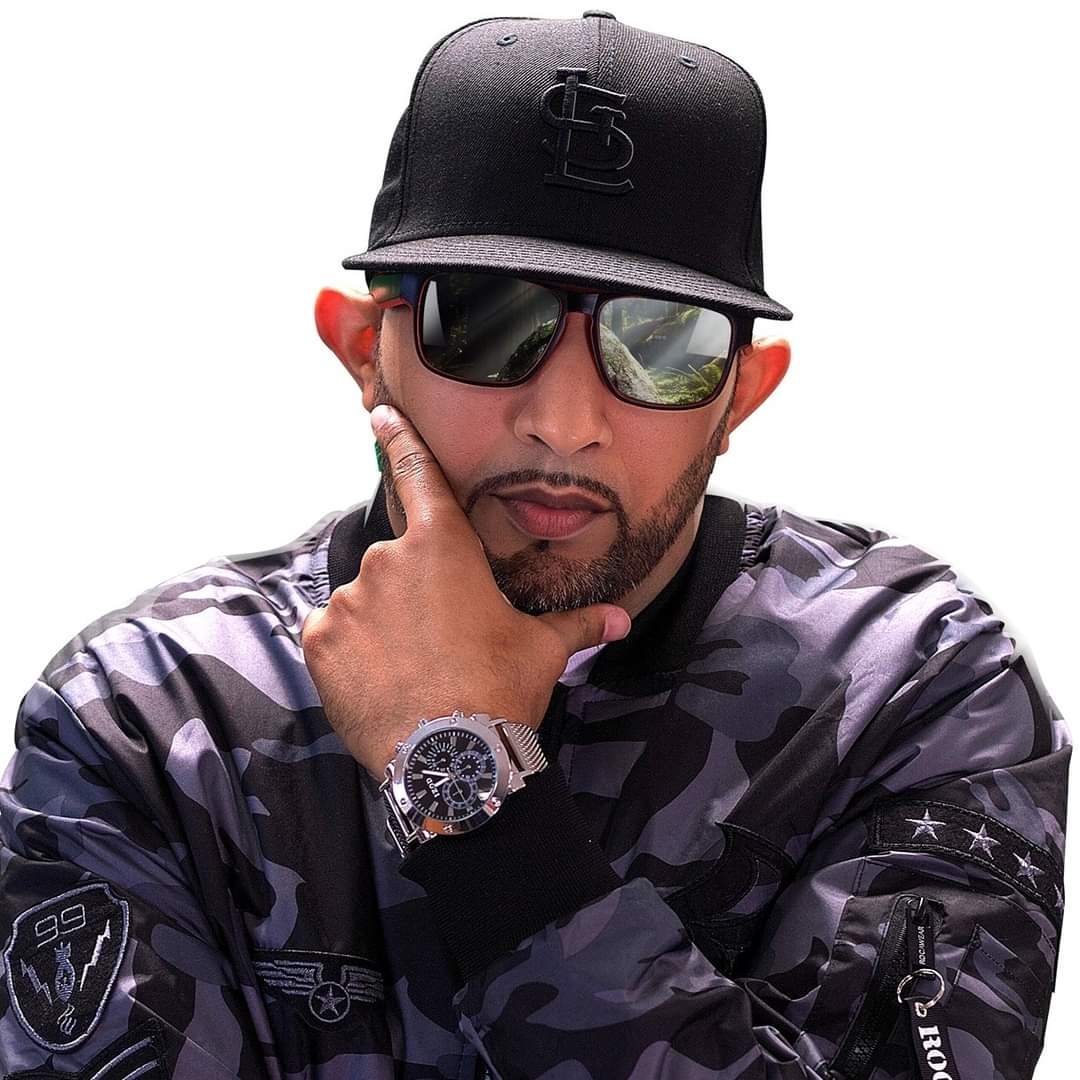 Bezaleel, meaning in Hebrew, "in the shadow [in the protection] of God." >> Bezaleel (Don Beza) was born and raised in Rochester, New York to Puerto Rican parents in 1977. He is brother of 3 males and 2 females. At a very early age when a car runs over him at the age of 3, God is showing this young gentleman his divine protection and covering. Being laid out in the street and bystanders believing he wouldn't survive, he was urgently taken to the emergency room and to God's glory, not even a bone was broken.

Bezaleel, (a prophetic name) was the (biblical) character favored, equipped and chosen by God to carry out the great responsibility of building the tabernacle of God. Nowadays, Bezaleel puts great use of wisdom, intelligence and science in the art of urban music (which God has given him) producing songs that speak to the heart and melodies that transform lives. Its content has much to give. Looking to raise awareness of problems that affect our society but that are little mentioned, Bezaleel passionately brings us songs like "Papi No Te Vayas" and "Nadie Lo Visita". His musical project full of experiences, titled: Lo Vi o Lo Vivi, it is full of themes that speak of triumphs and defeats to lead the listener not only to personal reflection but also to a world of action. In this project, Bezaleel opens the doors of his heart and allows us to feel what he has felt, to see what he has seen and to live what he has lived.

(As a man of God) Bezaleel not only uses his art in music to bring hope, inspiration, healing and uplifting to the broken and afflicted, but also creates a passion and a sense of urgency to stand up and use the talents that God has breathed on each being. His first single, titled Hazlo Hoy, motivates the listener to chase after their dream 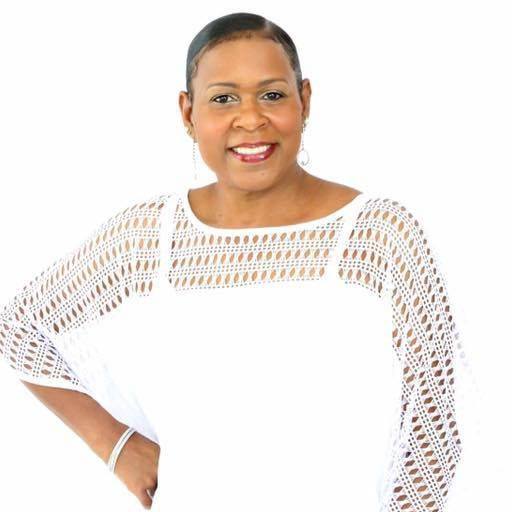 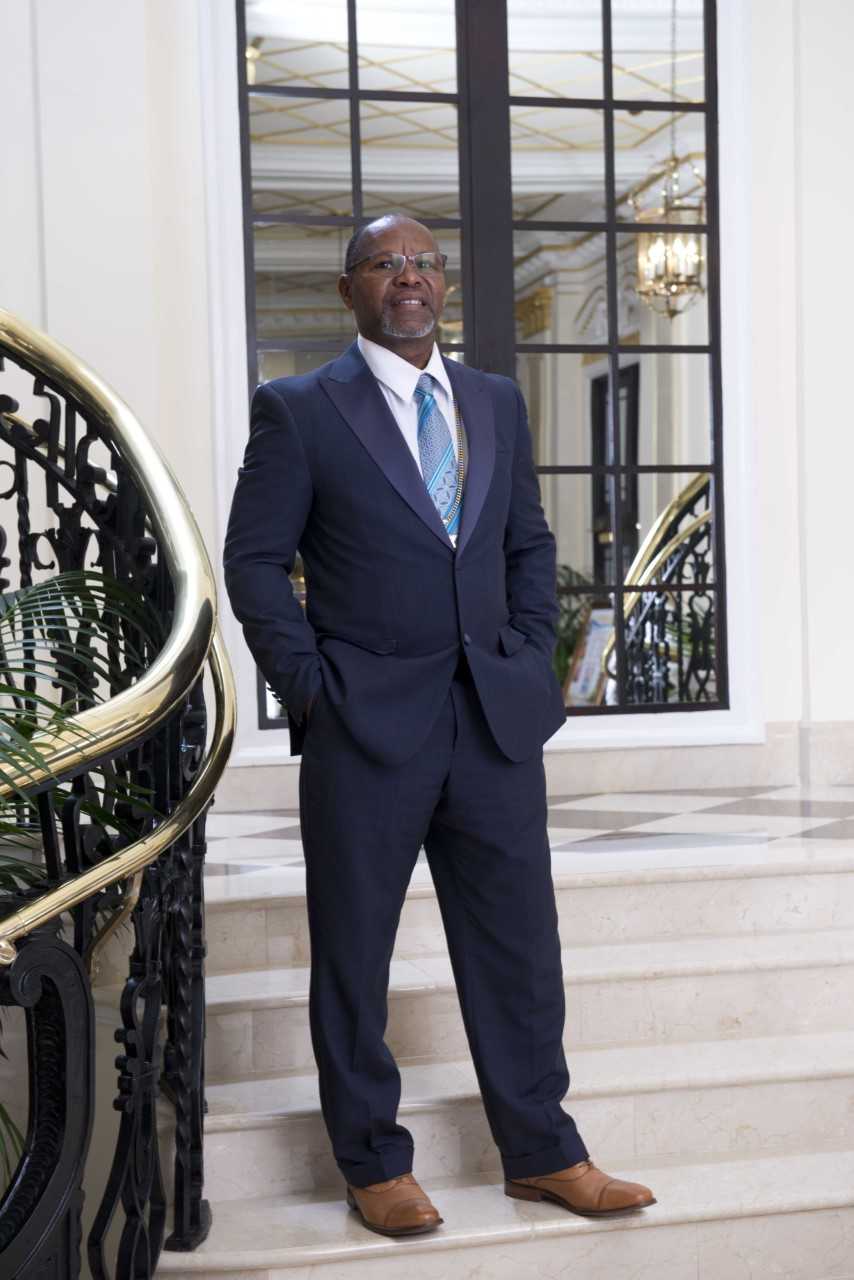 We appreciate Coach Muldrow being one of our Temple partners.