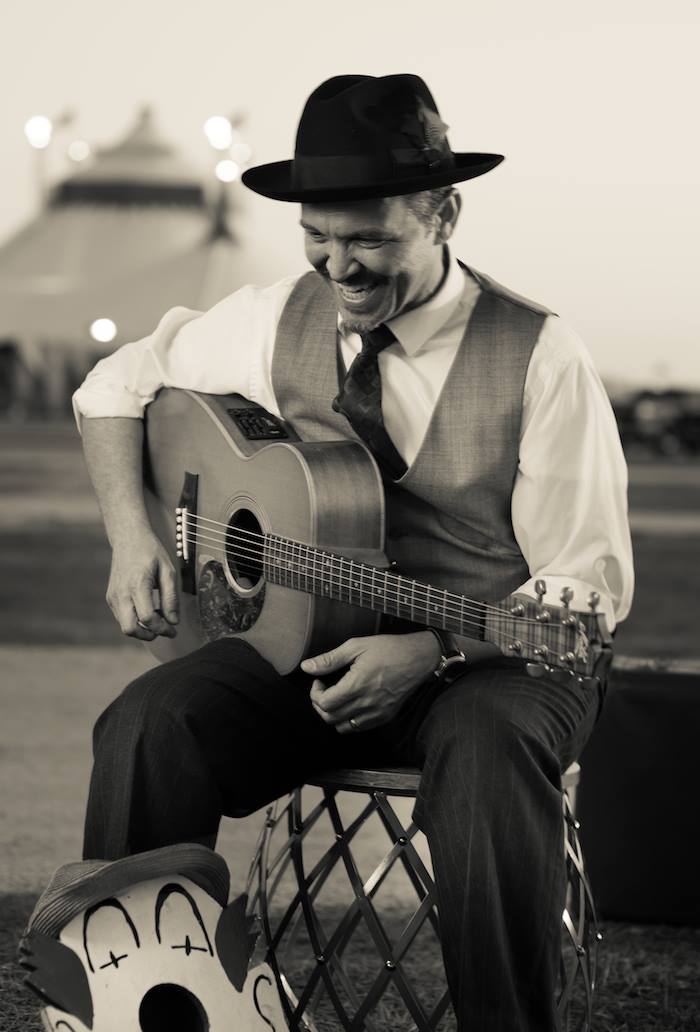 After being in bands for many years with rotating members and differentiating musical influences, Johanesen decided to pursue a solo career. In 2013 Dean released his first solo record A Time and A Place, a collection of songs that fit more of a personal storyteller type influence. In 2014 the solo release was accepted by Pandora for Dean’s own radio station which can be heard here – Dean on Pandora.

A recent passion for gypsy jazz music in the vein of Django Reinhardt has put Johanesen on a musical path with a focus on new stories of old times. Non fictional characters from the ’20s and ’30s, circus performers, the side show, Prohibition, the war of currents all placed in a backdrop of gypsy swing. Dean is currently in studio working on this record due out some time in 2015. Creative Loafing – Tampa – Feature Article

In 2014 Dean perfromed 275 dates including festival perfomances at SXSW in Autsin-TX, The Decatur Arts Fetsival in Decatur-GA, Smoky Mountain Songwriters Festival in Gatlinburg-TN, MS Songwriters Festival in Ocean Springs-MS. More festival dates and a consistent touring and perfroming scheule are in the works for 2015 along with the release of Johanesen’s new record and 2 live CD’s being recorded in January of 2015. Stay tuned…