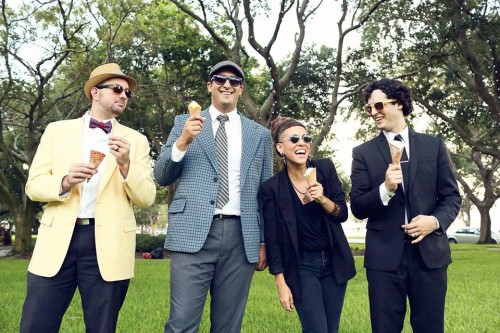 Their repertoire is a diverse mixture of Jazz standards, Latin inspired rhythms and original compositions. Each member of the trio has extensive national and international performance experience, including a tour of Italy and France with performances at the “Umbria Jazz Festival” and “Jazz a Juan” in Juan Les Pins.

La Lucha aims to create music that transcends genres and classifications. They consider music to be live art, which will continue to breathe, grow and evolve with their commitment to it.

La Lucha was recently awarded the ‘Think Small to Think Big Grant,’ by Hampton Arts Management & Creative Pinellas and were commissioned by American Stage & The Ale and the Witch to arrange the music of The Rocky Horror Show for jazz trio and vocals.

Their debut album, “A Cup of Fuzzy Water” was released in 2009 and their second album was released on June 30th, 2012, featuring Jun Bustamante on vocals & Austin Vickrey on saxophone.