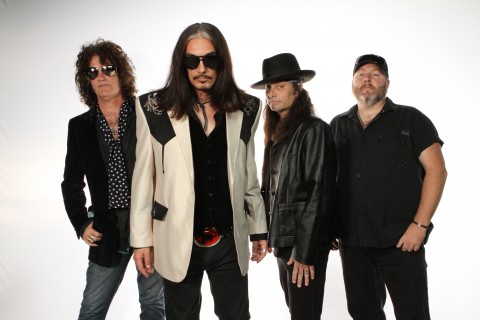 Rock N’ Roll in it’s purest form is at once rowdy and pointed, with songs that mock the establishment but never fail to poke fun at itself when appropriate. The Mojo Gurus have found that balance in their original music. Members include Kevin Steele – Vocals, Harmonica Doc Lovett – Guitar, Vocals Vinnie Granese – Bass, Vocals Sean Doyle – Drums, Vocals.

“The Mojo Gurus deliver rowdy rock ‘n’ roll, at once evoking the Stones, Sun Records and the thrill of life in the fast lane.  Front man Kevin Steele’s charisma pours through on record and even more so on stage, where he’s a natural fit for the spotlight.  Backing him is a tight power trio featuring the visceral guitar work of Doc Lovett.” – Wade Tatangelo, Music Critic, Creative Loafing Tampa Bay