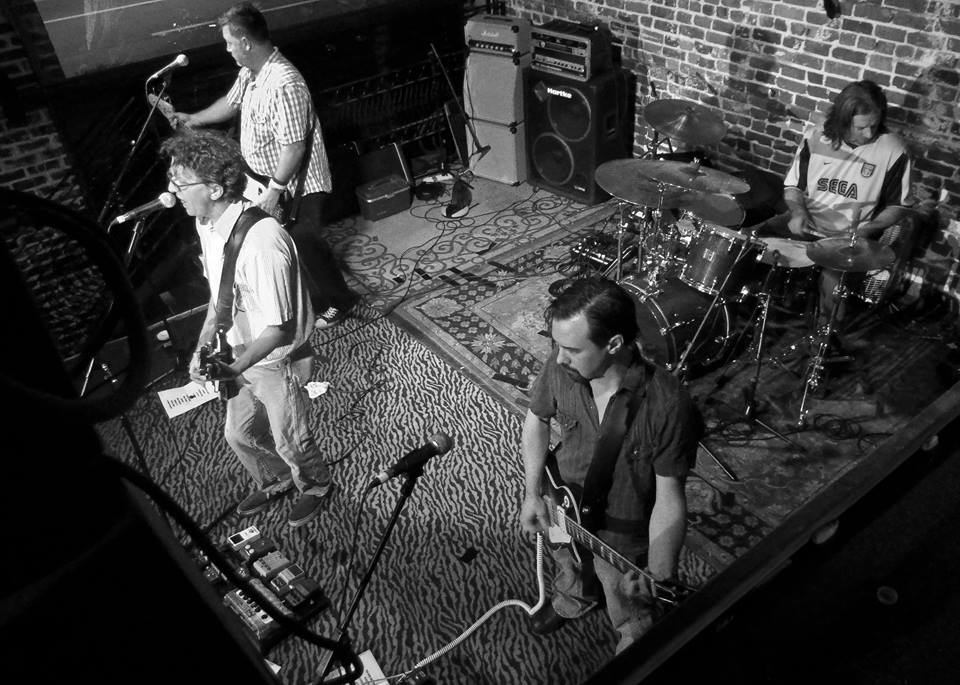 Pretty Voices formed in 2009 from the remnants of two local garage bands, and quickly earned a reputation as a fun live band with strong garage pop melodies and quirky vocal deliveries. Pretty Voices plays many of the smaller venues in the Tampa Bay area, from the Local 662 in St. Petersburg to New World Brewery in Tampa and past Times Pub in Sarasota. The band has also played several local music festivals, including WMNF’s Tropical Heatwave, Don’t Stop St. Pete, Bradenton’s Heatstroke Hotrod Hoedown, and has opened for national acts Blondie, DEVO and the Meat Puppets. Pretty Voices is currently working on the final mixes of a forthcoming full-length album, due out at the end of 2015.

“Raucous garage psych four-piece PRETTY VOICES who do not, in fact, live up to their name” – Creative Loafing Tampa Bay.

“The name Pretty Voices isn’t quite as descriptive of what you can expect from the psyched out garage punk four-piece baring the title. In fact, one would be hard pressed to find anything resembling pretty among the group’s lead and backing vocals. Early 80’s punk and power pop, maybe.” – Tim Sukits, Ticket Sarasota