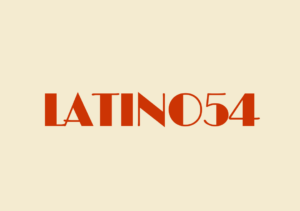 “Bienvenidos a Latino54,” a worldwide journey through Latin culture and “música” with Franco Silva.

Get a taste of the new Latino54 with loads of great sounds and interviews with local and national musicians, artists, producers and others.

Click “PLAY” and start listening on demand, and support us by leaving a donation in our Tip Jar.

Latino54 was originally called Oye Latino, and it was formed by a group of professors from several Tampa Bay colleges. At the time, the group petitioned WMNF for a different kind of Latin show that did not only play Latin jazz and salsa, but focused on a richer take on the culture. Franco Silva, who was doing AM radio at the time, was brought into the group because of his extensive Latin music collection and experience. After a couple of years, the founders moved on and Franco was left to host the program on his own. To Franco, the show’s never belonged to him, but to Tampa Bay. This is why he’s been volunteering his time for nearly three decades to keep the show fresh and on the air. Franco believes it’s his responsibility to continue the mission of bringing a slice of Latin culture that goes beyond the norms and cliches.