Home Music of the Isles

Also, streaming On Demand all week 24/7 at wmnf.org/isles

Take Music of the Isles on the go! GET the Free WMNF APP: Download Our App

Check it out: Music of the Isles Facebook video links are of artists being played on our current week’s program. Thanks for following us, Facebook friends. Keep sharing those posts!

To Support WMNF & Music of the Isles, use the TIP JAR above! Each bit helps the station and is considered a VOTE for keeping Music of the Isles on the program schedule. (It’s also feedback letting the show’s hosts know you enjoyed a particular weekly edition.) There’s always the option to MAKE A PLEDGE by calling WMNF at 813-238-8001 or use the station’s webpage: wmnf.org

FRIENDS of MUSIC OF THE ISLES: WMNF is a tax deductible, registered 501 (c) 3 organization.

Support not-for-profit, commercial-free WMNF by becoming a Monthly Sustaining Member; designate your donation to Music of the Isles by joining the “Celtic” CIRCLE OF FRIENDS

VOLUNTEERISM: Contact the station if you’d like to support Community Radio in Tampa by becoming a WMNF Volunteer. There are varied ways to aid the station. Bill Dudley & Seán Sexton in their capacity as program hosts are WMNF Volunteers. (They receive no compensation in any manner.) Music of the Isles has had talented volunteers as production assistants. The show appreciates their contributions. If you wish to join the Music of the Isles team, call the station at 813-238-8001.

BOOKMARK this page – – Don’t miss out on each week’s new show of traditional & contemporary folk! Send a link to a friend. Introduce a music lover to the best of eclectic Celtic!

What’s Coming Up on MUSIC OF THE ISLES?

CALENDAR — Upcoming on Music of the Isles — Spotlighting:

11/26. For the Thanksgiving weekend, we’re playing all instrumental music to accompany any dining you still may have for your holiday feasting. All music played for this program special are compositions of Turlough O’Carolan (Ireland, 1670-1738), a blind, itinerant harper.

12/3. This week we’ll be showcasing a set of Ewan MacColl compositions championing the Travellers Community.

12/10.  In this week’s program, we’ll be plotting the evolution of Scottish folk tunes from traditional to contemporary- from early 1970’s to today. From Trad Folk to Folk Rock to Synth & Dance Club to Cletronica to Rock-n-Reel. Hear from Dick Gaughan, Capercaillie, Runrig, Peatbog Faeries, and others.

12/17.  For the coming of the Winter Solstice this week, we’re playing long songs to accompany the arrival of long winter nights. We’re spotlighting long ago recordings of Fairport Convention from the years 1969 & 1970. 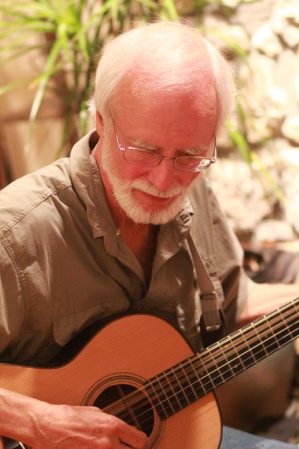 Since growing up in Cleveland (the Home of Rock and Roll) Bill Dudley has spent a lifetime in radio, beginning in his high school years, which coincided with the Great American Folk Scare. After starting out part time at a tiny little FM station in New Jersey, he became active in campus radio in upstate New York before moving to Florida in the 1960s. After working at a number of stations in the Tampa Bay Area, he was fired from his last commercial job (a country music station) just a few months after WMNF went on the air, which could be seen as some kind of omen. Started in late 1979 by station staffer Cameron Hendrix, the Music of the Isles Show was given to Bill in early 1980, along with a daytime Big Band and Swing program (later supplanted by the Live Music Showcase in 1996.) Along the way Bill founded the first Irish traditional band in Florida, the Wind That Shakes the Barley. Since the eighties he has made a living recording acoustic music albums for folks in Florida and other states, as well as producing radio documentaries for the Florida Humanities Council, and, more recently, promotional and documentary video. Bill also plays guitar in several Contra Dance bands, of which three have toured as far north as New England. An outdoorsy guy, Bill has a love of history, the old ways and traditions, and "hippie values." You can check out some of his work on the web at billdudley.com. 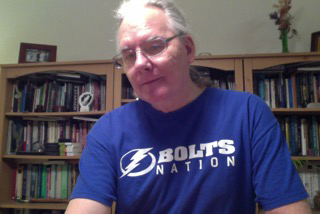 Seán Sexton, co-host Music of the Isles, 2000 to present, is a retired English teacher. He received his MA degree in the Creative Writing of Poetry while residing in Ireland. He holds both an Irish passport and a US passport.

Support Music of the Isles