Home Blog A Conversation With Slum Of Legs 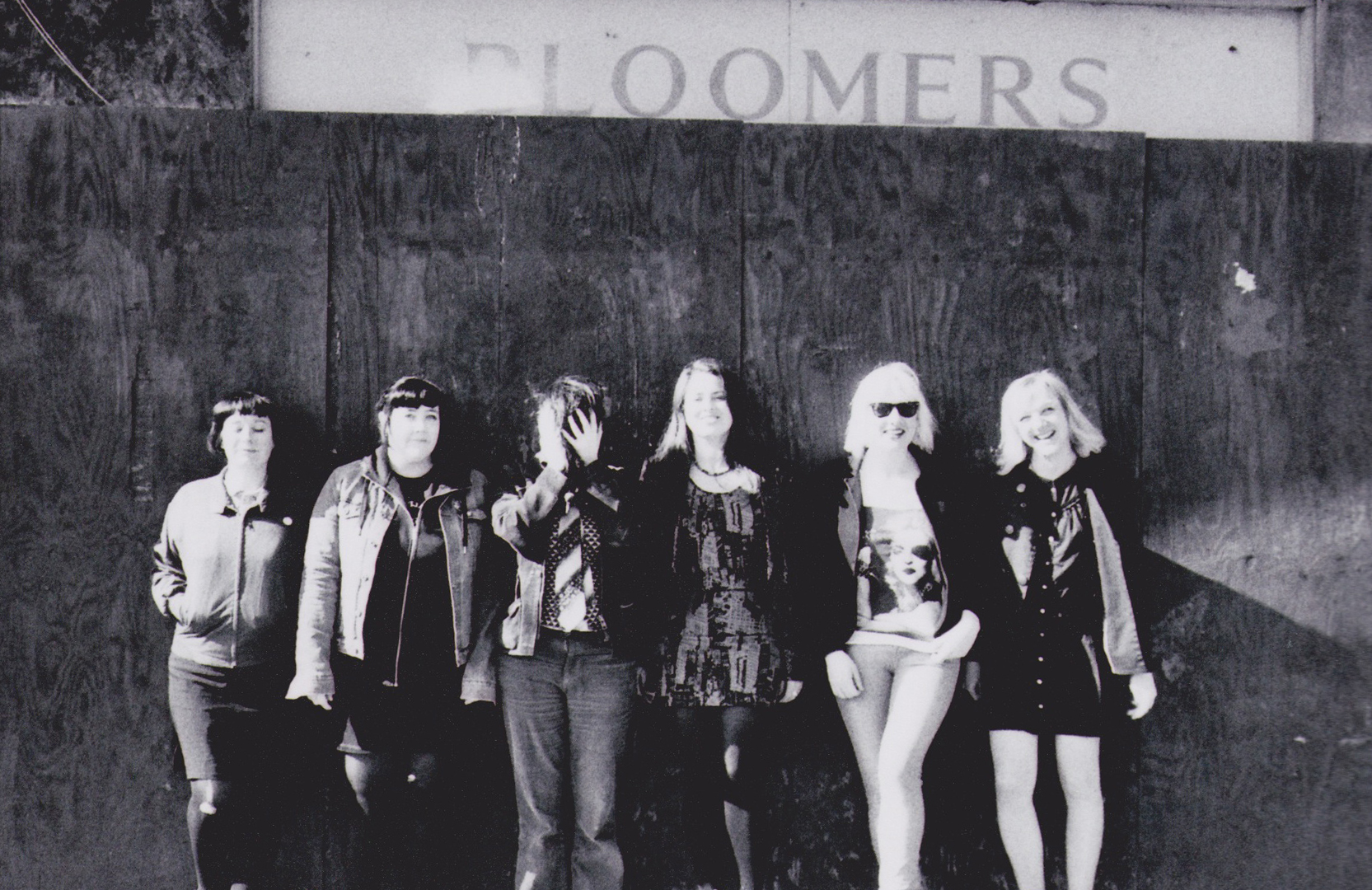 “The undercarriage of chairs and tables in a typical interior makes an ugly, confusing, unrestful world. I wanted to clear up the slum of legs.” A quote from Eero Saarinen, the acclaimed Finnish-American architect and industrial designer on his neo-futuristic tulip chair, designed in 1955 for the Knoll company. At first glance, it may be difficult to equate a post-war space-age creation with a queer, feminist noise-pop DIY band. But when lead vocalist, Tamsin Chapman unfolds the story behind her band’s moniker, everything makes perfect sense. Slum Of Legs says this about themselves and their music, “One of our songs is a live séance. We’ve performed on a Norwegian mountain and in many, many basements. We like pylons and onstage pile-on. We’re interested in modernist architecture, art & literature. We use collage & cut-up in our artwork and this also reflects the fractured nature of our songs and how the 6 of us, who all bring completely different influences to the band, have been stuck into a blender with the controls jammed. We are a giant pop-psych, punk monster with twelve legs. Our songs are melodic and dissonant, anthemic and experimental. Our debut album ‘Slum of Legs’ is a manifesto for compassion and defiance in a confusing, unrestful world”.

Violinist, Maria Marzaioli, drummer, Michelle Steele, and Tasmin Chapman joined Norman B via Skype for a conversation. Although one fan described Slum OF Legs as “The Fall meets The Raincoats in this noisy, bloody-minded, defiant, lo-fi collage art-punk” we wanted to look beyond the references and learn who the band really are. Three of the six members, Kate, Emily, and Alex couldn’t make the group chat, all the same Tamsin, Maria, and Michelle were eager to speak for everyone. The conversation weaves from discussing the band’s beginnings to writing the songs, to performing live and ending up in a “slum pile-up”. We also explore sensitive topics – being transgender; the unreasonable demands put upon women; illness and low self-esteem. All the, while their audacious honesty and humor come across as Tasmin Chapman recounts on starting the band, “I went to a festival and there were all these bands with lots of beards & I thought this is boring! I wanna form my own band!” Adding, “So many beards. So much smell of farts”.